Yes, there was a High Tek Star Wars in 2015. But with such an expansive and evolving mix of characters to draw from, it’s a concept that can be revisited. And that’s exactly what 2016 Topps Star Wars High Tek does. Acetate and bold foil patterns are still the major drawing point. The one on-card autograph per box also sets it apart from a lot of other current Star Wars sets. 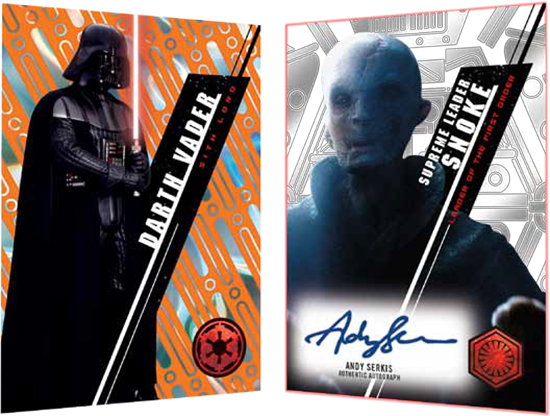 When the first High Tek set arrived, only a few characters from The Force Awakens were included on the checklist. One year later, there’s more opportunities to draw from the film as well as showcase familiar characters from the old films with their updated appearances.

Base cards are printed on clear acetate. They come with busy backgrounds that form several pattern variations. Each card has five versions, although the way the checklist is devised, there are ten patterns total. Like before, some 2016 Topps Star Wars High Tek pattern variations are more common than others.

This opens up different options for collectors. Some might have a specific character they chase. Others may go after all of the cards of a particular pattern. Some might opt for a Franken-set where they go after one of each card regardless of the pattern.

Select cards featuring characters from The Force Awakens have Short Print Variations with different images on the front and slightly different numbering on the back.

The one-per-box autographs cover the various points of the Star Wars Universe. Nearly all are hard-signed directly on the card versus the more common sticker style. Autographs have the same parallel structure as base cards. The only difference is that Blue Rainbow Autographs are numbered to 75 instead of 99.

Three limited edition insert sets focus on The Force Awakens. Living Tek, die-cut Armor Tek, and Pilots and Vehicles are all numbered to 50 copies each.

112 cards.
The base set is split into two groups: Form 1 and Form 2. Each Form has its own set of five patterns. 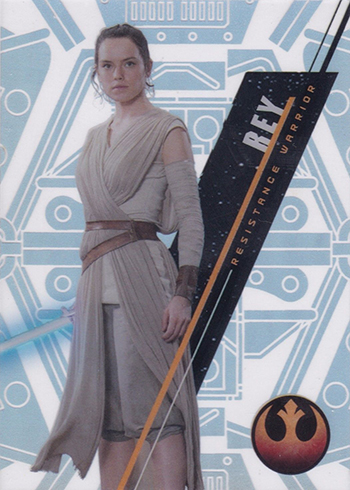 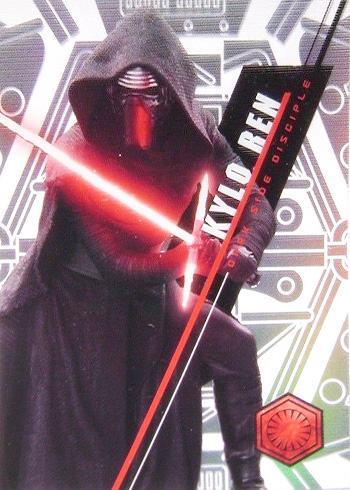 Check out a gallery with plenty of images and details on what to look for.

67 cards.
Although most have on-card signatures, some use stickers. They are noted below. 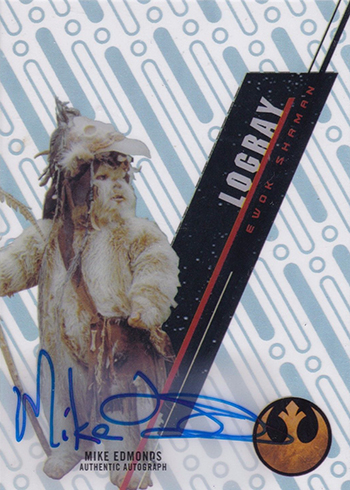 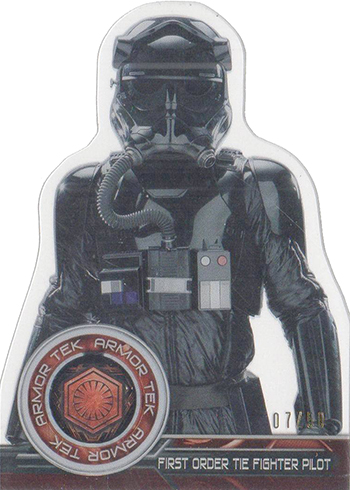 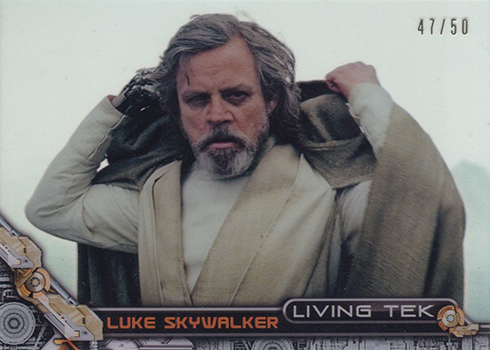 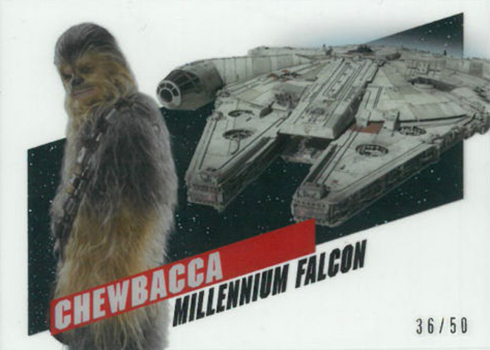