Like the previous couple of 3D Widevision sets, it’s also an online-exclusive. 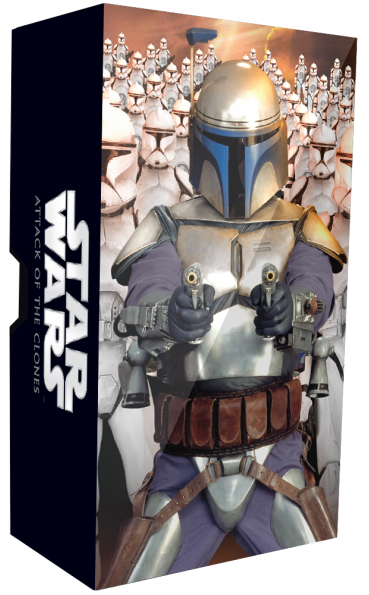 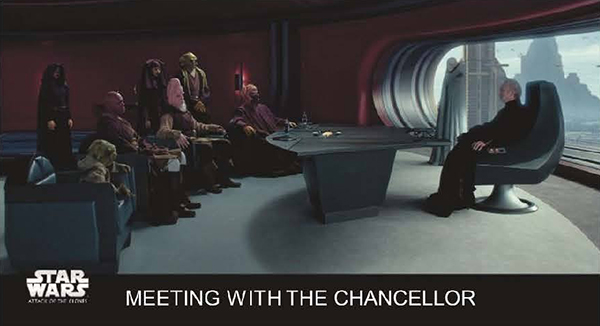 The 2016 Topps Star Wars Attack of the Clones 3D Widevision base set has 44 cards. The oversized tall boy format measures 2 1/2 by 4 2/3 inches, capturing everything that was shown on the screen. But the movie has already been done before (and with one of the franchise’s best early autograph lineups, no less).

This release add lenticular to the mix. And if it’s anything like the last few 3D releases, Star Wars and otherwise, the quality of the 3D has come a long way in the past decade or so. The murky look some so-called 3D sets from the 1990s and before is gone. Now, it’s sharp and actually has the appearance of depth. 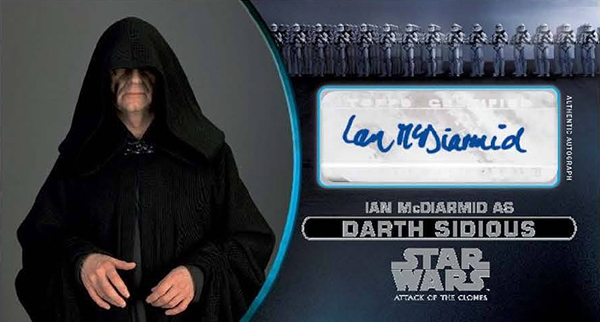 2016 Topps Star Wars Attack of the Clones 3D Widevision is done in a premium factory set format. That means it comes with a full base set plus a couple of hits. These include sketch cards, autographs, medallion and patch cards.

Unlike previous online-exclusive 3D Widevision sets, an autograph is guaranteed in each set.

The print runs for the previous pair of online-exclusive 3D Widevision sets, Return of the Jedi and Revenge of the Sith, both had small print runs of a couple thousand sets. Topps hasn’t announced the print run for this set, though.