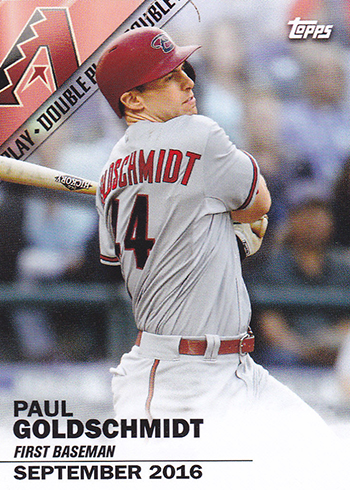 Rip Cards have been a cornerstone in Allen & Ginter for a decade. 2016 Topps Series 2 Double Play rip cards bring the concept to the flagship brand but with a twist. The temptation to destroy a card to get at a potentially more valuable mini card is still there. But there’s also an interactive element that is similar to Upper Deck’s old You Crash the Game inserts.

In a nutshell, each of the Double Play rip cards has three things: a player, the date of a game and an achievement. If they make the achievement, you’re eligible for a prize. But you need to rip to the smaller card for the contest elements.

Out of the packs, 2016 Topps Double Play rip cards look fairly standard. A player’s on the front with along with the date. What they’re supposed to do isn’t mentioned on the full card, only on the mini cards. 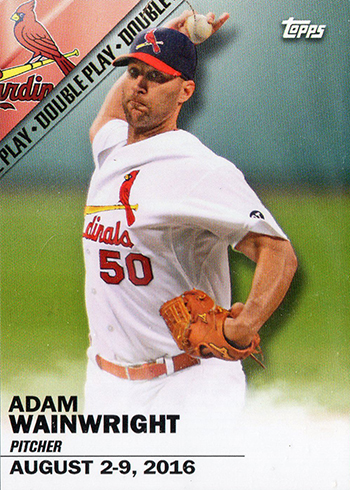 The tab to easily open up the card is on the front of the card. Pulling it will destroy the card with a big stripe down the front. In the past, many collectors have used X-Acto knives to carefully cut open Allen & Ginter rip cards. While not nearly as valuable, this approach helps keep the original cards somewhat attractive.

If you do tear the card to get at the mini and to play the game, save the full-sized card. You need it to claim the prize.

Backs don’t give much information. Rather, it’s more of a tease with instructions. As of this posting, the webpage listed on the back is not active. However, the full rules can be downloaded here. 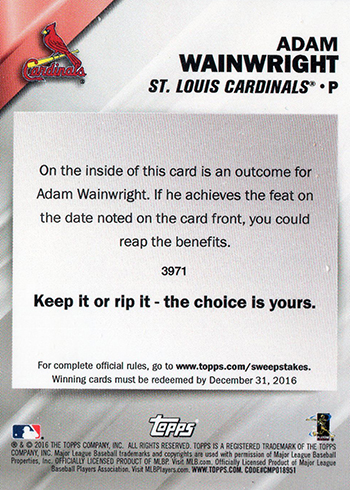 Pulling a 2016 Topps Double Play rip card isn’t easy but they are spread across hobby and retail packs. Here are the odds of pulling one from 2016 Topps Series 2 Baseball packs:

If you’re looking for 2016 Topps Double Play rip cards, here’s what’s currently listed on eBay and on the Beckett Marketplace.

Mini Cards and Playing the Game

Each of the mini cards inside are one-of-ones and numbered as such. There may be multiple of the same player but the combination of player, date and prize is unique. So if you don’t win a prize, you’ve still got the mini card.

This is where the achievements are listed as well as what prize you’re eligible for. In order to win, the player has to do what the card predicts. It might be something like hit a home run on a specific date or win an award. It varies from player to player.

If you end up winning, you need to mail in the original rip card (the full-sized one) along with your name, address, phone number and email to the following address:

Only residents of the United States and Canada are eligible for prizes. Canadians will have to answer a skill-testing question before claiming their prize.

Prizes in the promotion vary. They might be autograph cards or special factory sets. Someone might win a trip to the 2017 All-Star Game or 2017 World Series. Game-used memorabilia is also available.

Here’s a full list of the potential 2016 Topps Double Play prizes along with the maximum number of each that will be awarded: