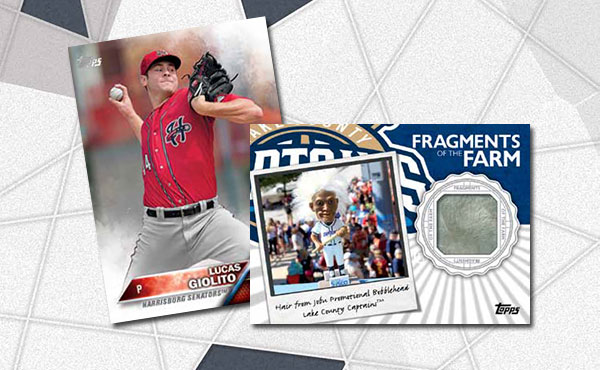 A limited number of minor league baseball card sets come out each year, at least beyond those available at the ballparks themselves. 2016 Topps Pro Debut Baseball takes trip around the country with the brand’s usual simplicity and focus on what makes MiLB more unique from the big leagues.

Once again, boxes come with a pair of autographs and two relics, although none of the pieces come from player-used gear. 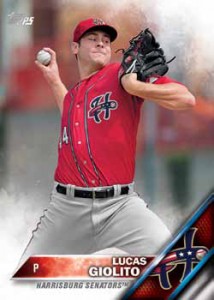 The 2016 Topps Pro Debut base set has 200 cards. It works in conjunction with the main 2016 Topps Baseball set, boasting the same design. Players are all pictured in the MiLB uniforms. Serial-numbered parallels come in Gold, Orange (/25), Red (/5), Printing Plates and Black (1/1).

Some of the base cards also have variation short prints that come with different photos. 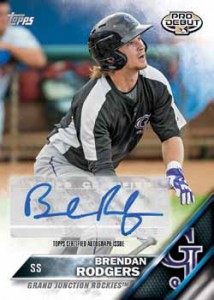 Signed cards come in three different varieties, all of which use stickers. Base autographs come with the same general design as the main set. They also have a similar parallel structure with numbered Gold, Orange (/25), Red (/5) and Black (1/1) versions.

Pro Production Autographs are new to 2016 Topps Pro Debut Baseball. All are numbered and, according to Topps, tough to pull.

Dual Affiliation Autographs come with a pair of signatures from players with some sort of connection. 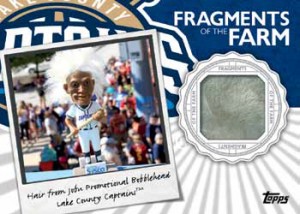 Game-used bats, jerseys and patches are nowhere to be found in 2016 Topps Pro Debut Baseball. Rather, it’s a mix of manufactured pieces and memorabilia provided by MiLB teams from around their parks.

Fragments of the Farm return with pieces that showcase what makes the MiLB brand what it is. Expect to find pieces of memorabilia from different parts of the ballpark or other memorabilia. For example, there’s hair from a Jobu bobblehead the Lake County Captains handed out. Other pieces include strange promotional jerseys, foam fingers and team stock certificates.

Pennant Patches and Mascot Patches are also back. Both of these have embroidered patches made specifically for the product, highlighting either the team logo or the colorful cheerleaders that dance around the parks.

Each of the three relic sets have Red (/5), Printing Plate and Black (1/1) parallels. Fragments of the Farm and Pennant Patches also have Gold. 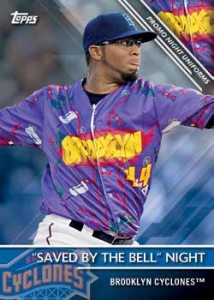 A lot of MiLB teams use special jerseys over the course of the season. Promo Night Uniforms return, showcasing some of the most memorable.

Distinguished Debuts is a 25-card basic insert set highlighting players taking to a professional field for the first time in 2016.

The 2016 Topps Pro Debut Baseball inserts are rounded out with a short-printed card featuring the winner of last year’s Make Your Pro Debut contest. 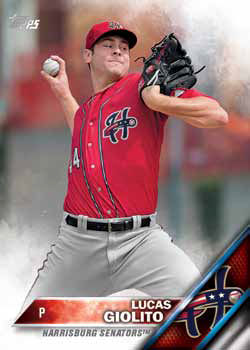 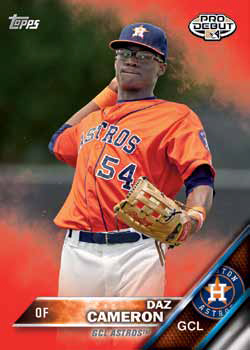 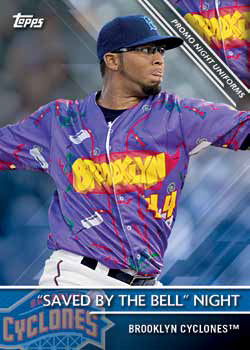 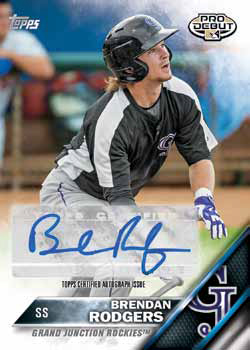 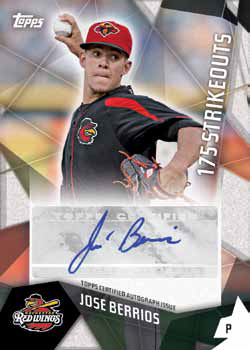 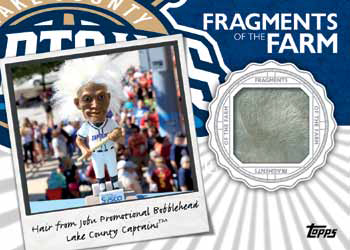 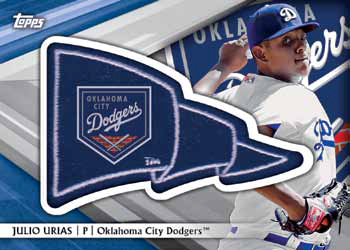 Beckett Gaming Profile: Force of Will The ...