Within minutes of Kris Bryant tossing Michael Martinez’s slow roller to Anthony Rizzo for the final out, Topps started unrolling their Chicago Cubs 2016 World Series baseball cards. The 2016 Topps Now Chicago Cubs World Series Championship Team Sets come in a couple of different forms, one of which has an autograph. 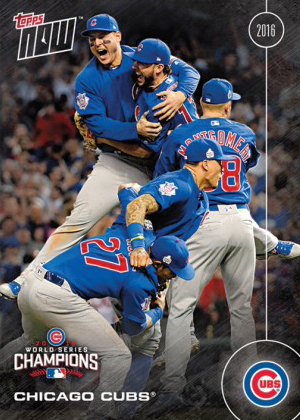 Offered for one week through the Topps website, the bulk of the content comes in the form of a 15-card team set. The checklist consists of 14 player cards plus an additional one team card. These cards are separate from the 2016 Topps Now Postseason set.

A premium version that comes with the team set plus a randomly inserted autograph is $149.99. Autograph sets have no bulk discount.

The autograph checklist has eight different players including Kris Bryant, Kyle Schwarber, Anthony Rizzo and Javier Baez. Some are more common than others but not exceptionally. In addition to the regular autographs are parallels numbered to 199, 99, 49, 25, 10 and 1. 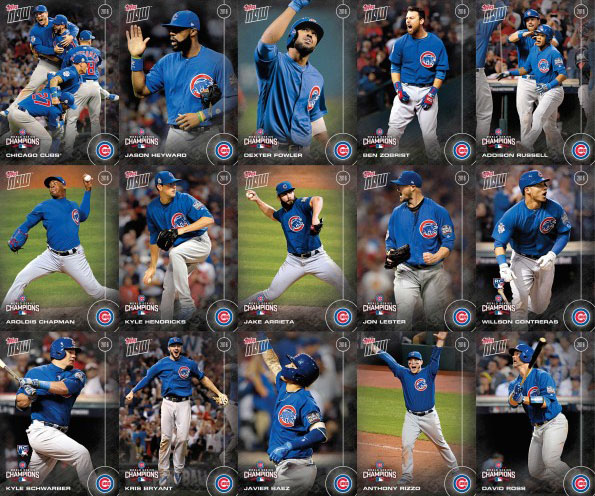 Odds for individual cards are noted.

This Article Won’t Tell You How to ...