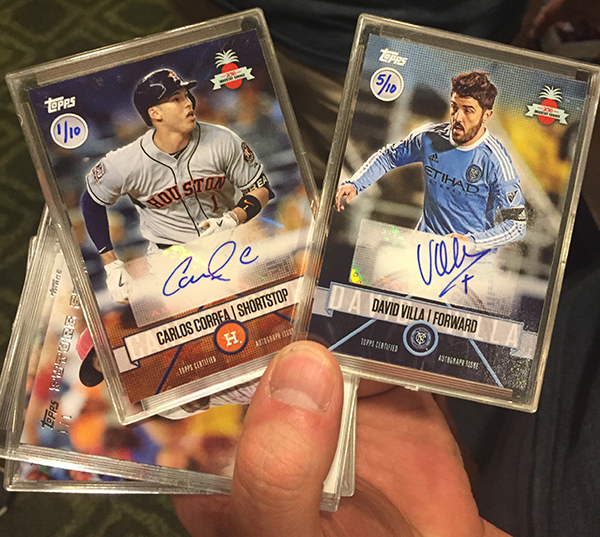 Topps threw itself a birthday party at the 2016 Industry Summit. Those in attendance left with a couple of different exclusives including the traditional autographs.

Some stamped one-of-ones were also added to the mix.

Topps has been producing special autograph cards for the Industry Summit for several years. The 2016 Topps Industry Summit Autographs feature athletes from baseball, soccer and MMA.

Although a full checklist hasn’t been released, it looks as though each of the serial-numbered cards has no more than ten copies each.

Those who went to the Topps 65th birthday party found the cards in a gift bag that was handed out as they exited. Each bag had a pair of autograph cards. 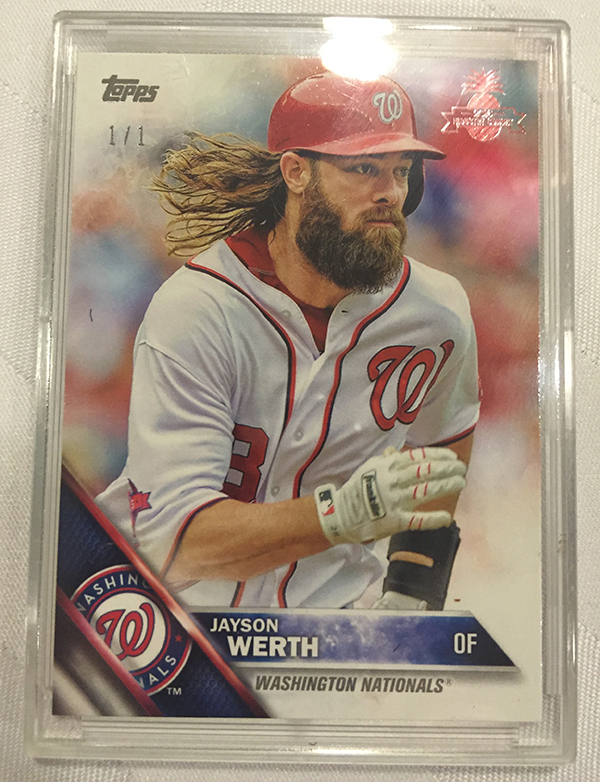 The autographs weren’t the only cards available at the party. Special Industry Summit stamps were added to an assortment of cards and numbered as one-of-ones.

Most of these came from 2016 Topps Series 1 Baseball, including both base cards and inserts like Pressed Into Service and First Pitch. A small number of the stamped cards came from other sets including a 2015 Topps High Tek Paul Goldschmidt Autograph. 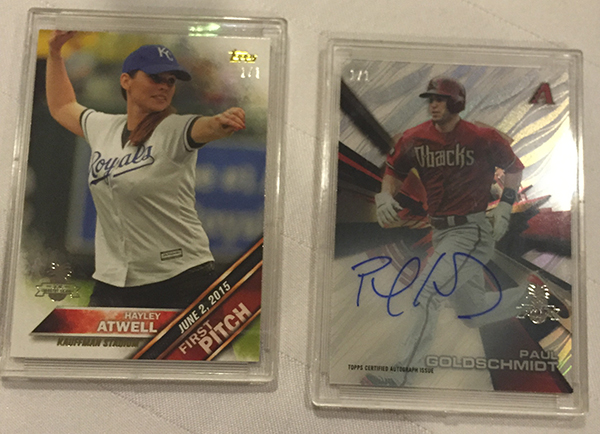 The 2016 Topps Industry Summit parallels were in gift bags. They were also handed out during the party as part of the festivities.