Game of Thrones may have set records at the 68th Emmy Awards, but 2016 Topps Garbage Pail Kids Prime Slime Awards are trying for the last laugh. 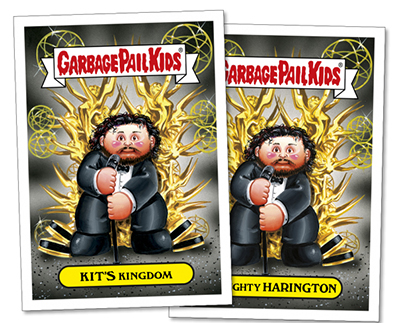 The checklist takes aim at current and recent television favorites like Tiny Fey, Amy Poehler, Bryan Cranston and Amy Schumer. Even John Travolta and Cuba Gooding Jr. are back in favor enough to get the GPK treatment thanks to The People v. O.J. Simpson. The set also crosses over with some of the similar political GPK sets Topps has done in recent months with cards spoofing Larry David’s portrayal of Bernie Sanders.

It’s yet another online-exclusive mini set available on the Topps website, this time available from September 19 to 26. There are ten different designs, all with the standard GPK dual name variations. That makes for 20 total cards.

Cards were sold as pairs for $9.99 or as full sets of 20 for $49.99. All were printed to order with production runs announced after the sales window closed.

Print runs are noted for each card. 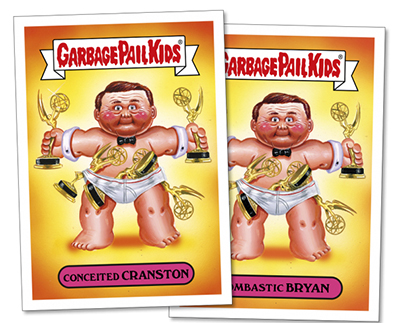 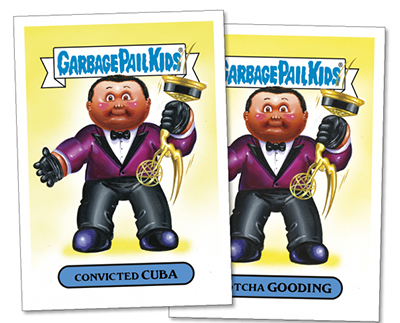 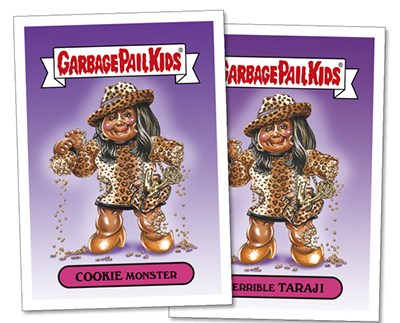 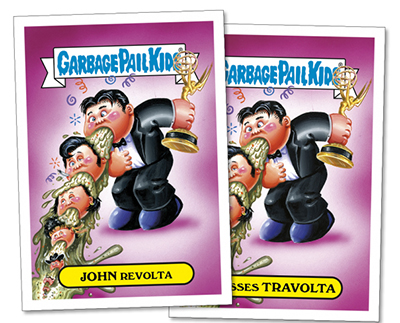 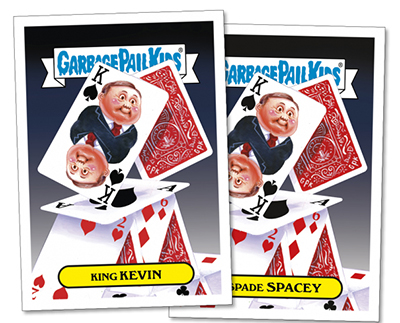 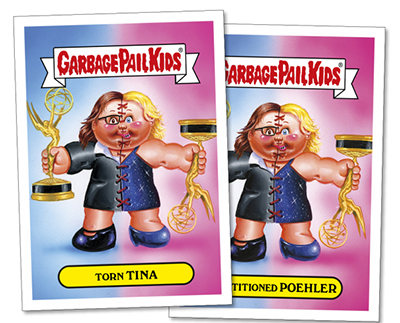 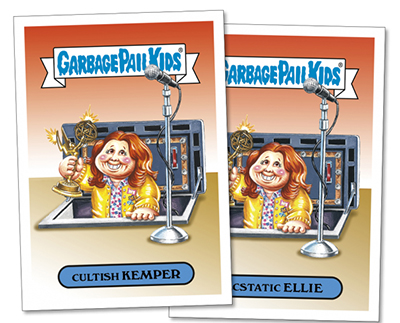 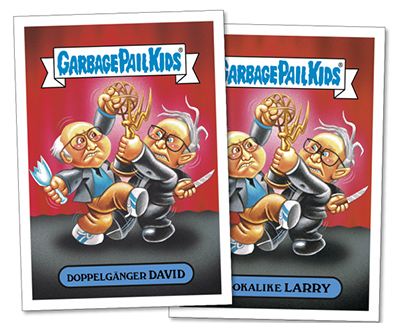 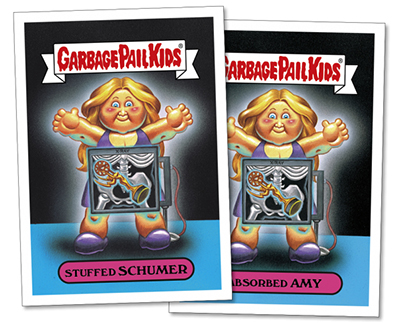