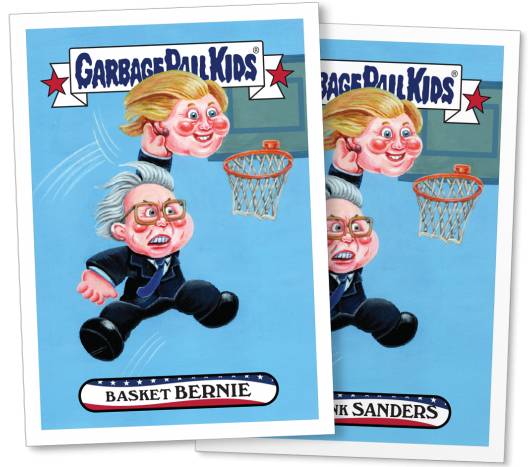 The fields for the Democratic and Republican Presidential nominations might be narrowing, but those who are still standing continue to inspire more Garbage Pail Kids spoofs. 2016 Topps Garbage Pail Kids Super Tuesday Edition bring more limited edition cards available only through the Topps website.

2016 Topps Garbage Pail Kids Super Tuesday Edition was printed to order based on a 24-hour selling window. This is similar to how a couple of other recent sets were done like the cards created in February for the New Hampshire primaries.

The checklist is a little smaller this time though, with candidates like Jeb Bush and Chris Christie dropping out. Donald Trump, Marco Rubio and Ted Cruz represent the Republicans. It’s all Hillary Clinton and Bernie Sanders on the Democratic side.

Cards were sold in two-card pairs with both versions of a particular candidate. These were $9.99. A set of all ten cards was $29.99. 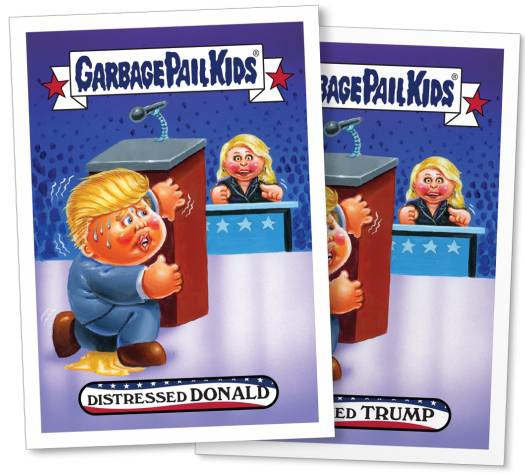 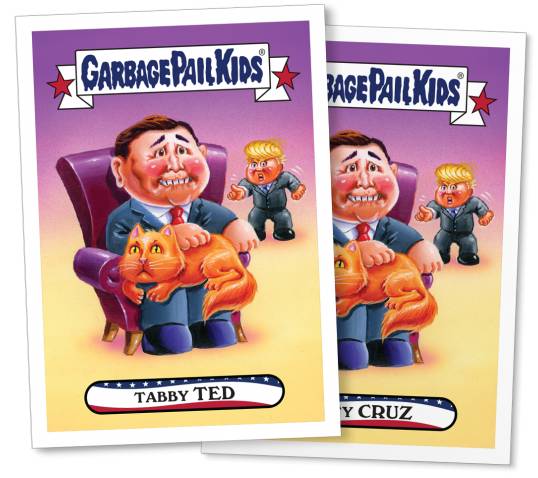 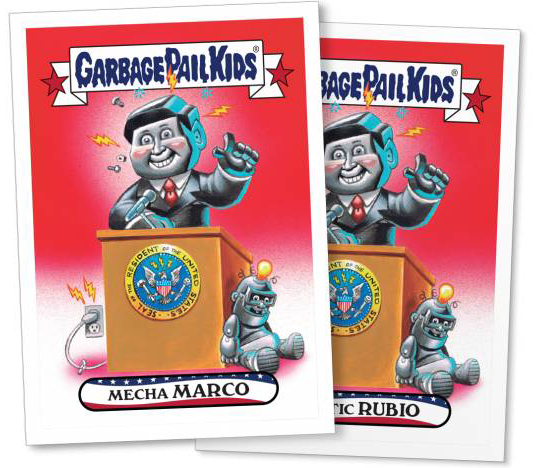 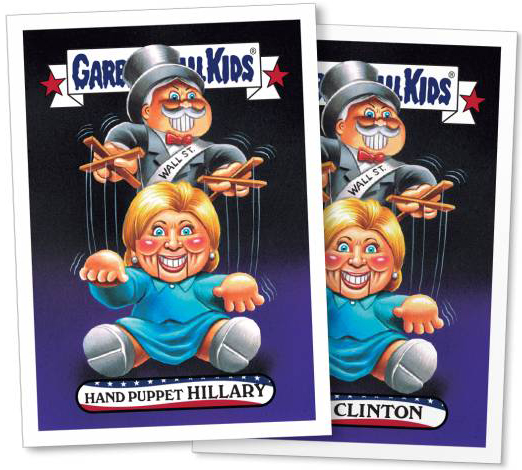