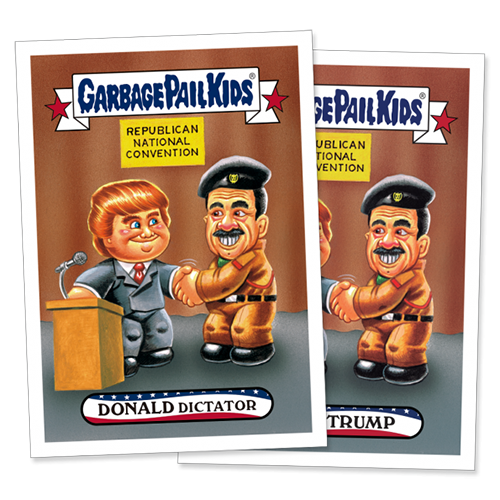 The set has five new pieces of artwork, three of which have Donald Trump. Besides the one with Hussein, the real estate mogul turned reality TV host turned politician is featured on cards with caricatures of both Ted Cruz and Chris Christie. Other cards feature spoofs on Paul Ryan and Clint Eastwood, four years after his bizarre convention speech where he spoke to an empty chair.

Each of the five images comes on a pair of cards, typical with GPK name variations. Exclusive to the Topps website, they’re available in individual pairs for $9.99 and as a set of ten for $29.99.

The 2016 Topps Garbage Pail Kids Republican National Convention cards are being sold for seven days. They will be made to order with print runs getting announced after sales close.

1A Donald Dictator
1B Tyrant Trump

2A Compliant Chris
2B Craving Christie 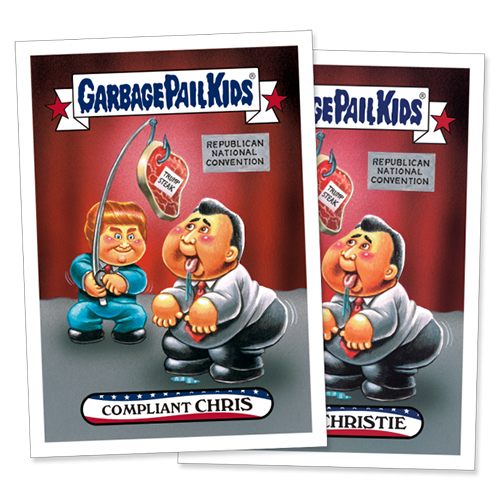 3A Tender Ted
3B Caring Cruz 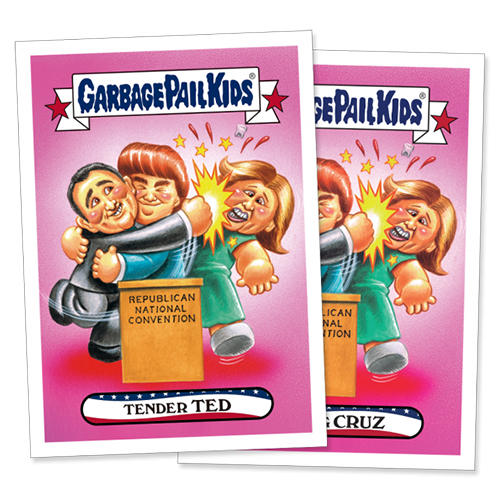 4A Perturbed Paul
4B Reluctant Ryan 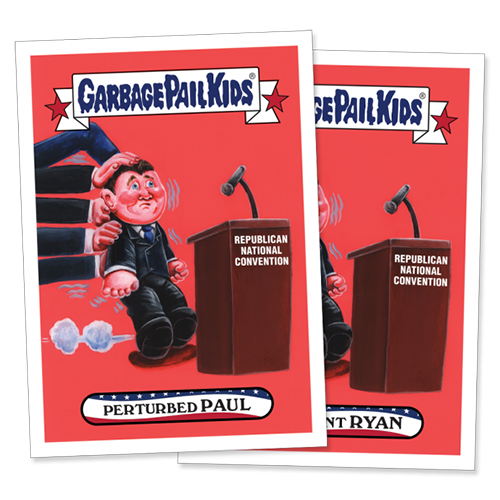 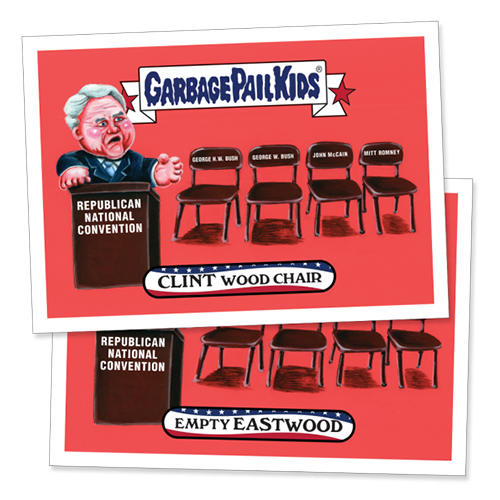