The Garbage Pail Kids have been spoofing the craziness and drama of the 2016 from the early days of the primaries. While the earlier mini sets of online exclusives have taken on both sides of the election, Topps seemed to go for the jugular for the Republican National Convention, pairing Donald Trump with Saddam Hussein. Seeing as how that set was all about the Republicans, it was hard to offer a balanced look in that isolated set. Now it’s Hillary Clinton’s turn with the 2016 Topps Garbage Pail Kids Democratic National Convention trading cards. 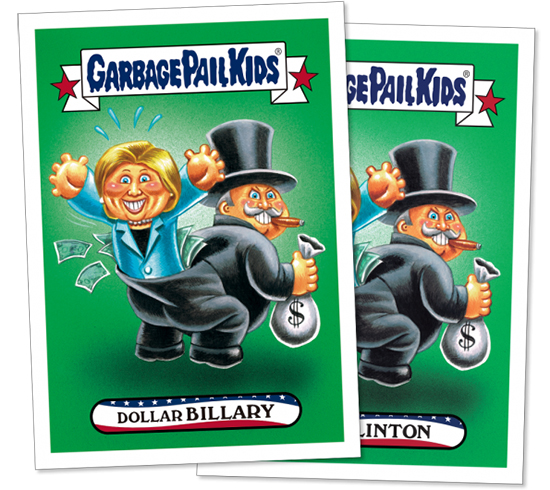 She might not be shaking hands with one of modern history’s most notorious villains, but it’s not exactly flattering, either. What satire is?

The 2016 Topps Garbage Pail Kids Democratic National Convention set takes the same approach as their other political sets. It’s available only on the Topps website for one week (sales close Monday, August 1). It’s an open-ended print run with only those ordered getting printed.

Cards can be bought two different ways. Each of the five gags, all of which are new, has a pair of name variations. That makes ten total cards in the set. Individual pairs are $9.99. A full set of ten cards is $29.99.

Besides Clinton, Barack Obama, Bernie Sanders and Elizabeth Warren have individual cards. Bill Clinton and Loretta Lynch are on the fifth card in a spoof that’s particularly timely.

1A Dollar Billary
1B Cash Clinton

2A Lying Lynch
2B Corrupt Clinton 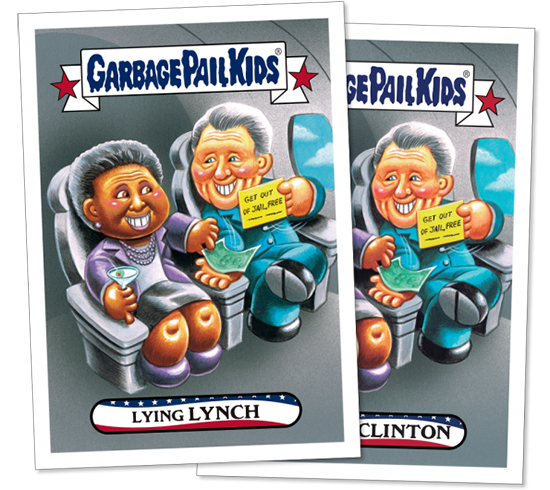 3A Bye Bye Barack
3B Obama Out 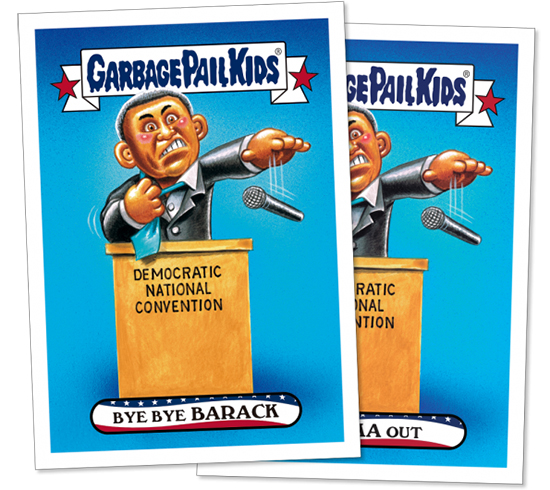 4A Bullied Bernie
4B Strong-Armed Sanders 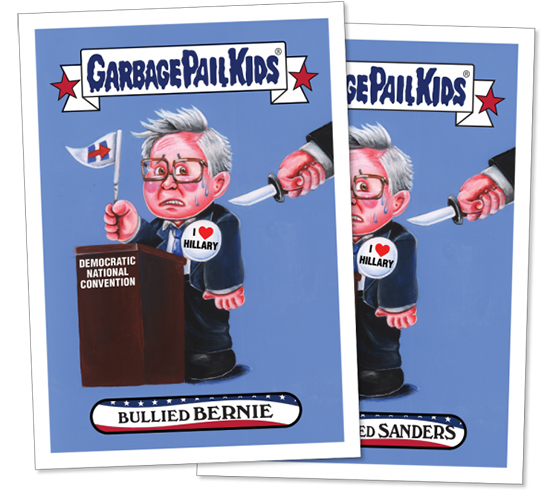 5A Ecological Elizabeth
5B Warren Peace 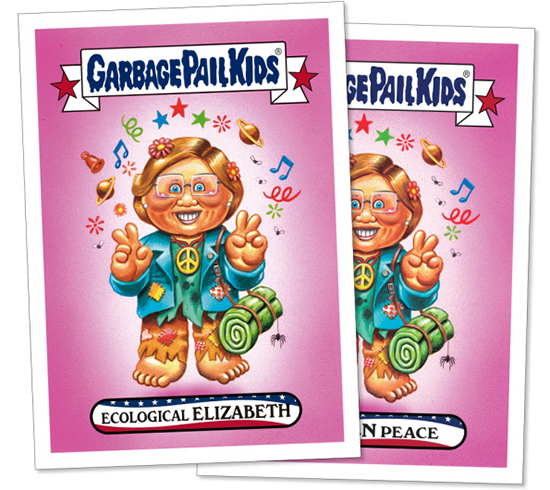 Superman vs. Muhammad Ali Comic Getting the ...