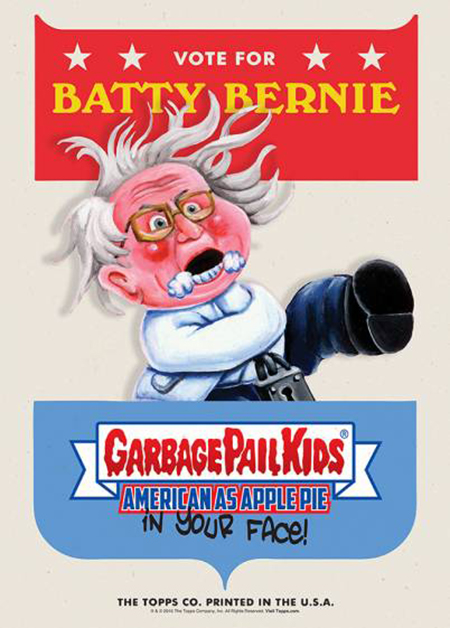 The Donald Dump, Billary Hillary and Batty Bernie continue to make their presence known in the lead-up to the 2016 election. 2016 Topps Garbage Pail Kids Campaign Posters is the latest series of online exclusives to poke fun at leading candidates.

The posters reuse characters and images from a couple of other recent online exclusives made for the Iowa caucus and New Hampshire primaries. Available on the Topps website, Campaign Posters come in a few different forms.

Basic posters are sold separately for $19.99 each. They measure 10 x 14 and are printed on high-gloss trading card stock. There’s no mention of print runs for the regular posters. 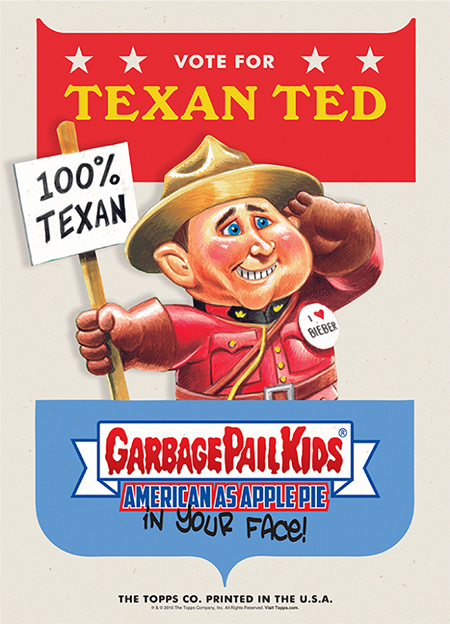 Gold versions are one-of-ones with a $99.99 price tag. Besides the limited edition status, the color of the background is the only other difference. 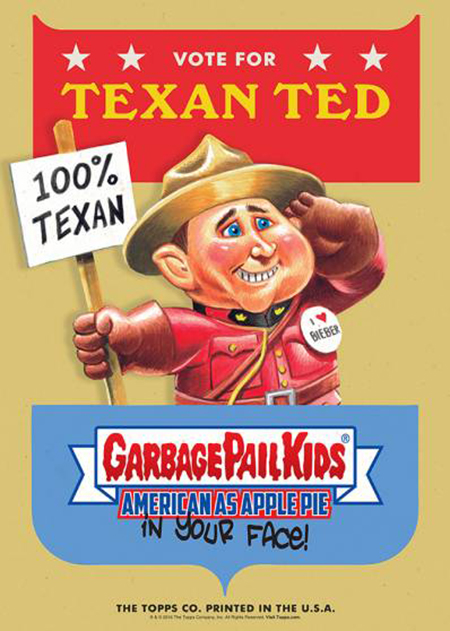 The 2016 Topps Garbage Pail Kids Campaign Posters can also be purchased in sets with all six of the characters. Regular sets are numbered to 199 while the Gold version is limited to 49 copies. The set versions are also smaller, measuring 5 x 7.