Taking a break from the Presidential election, 2016 Topps Garbage Pail Kids Best of the Fest shifts the satire back to music. The online exclusive skewers ten popular acts who have spent the summer headlining music festivals. 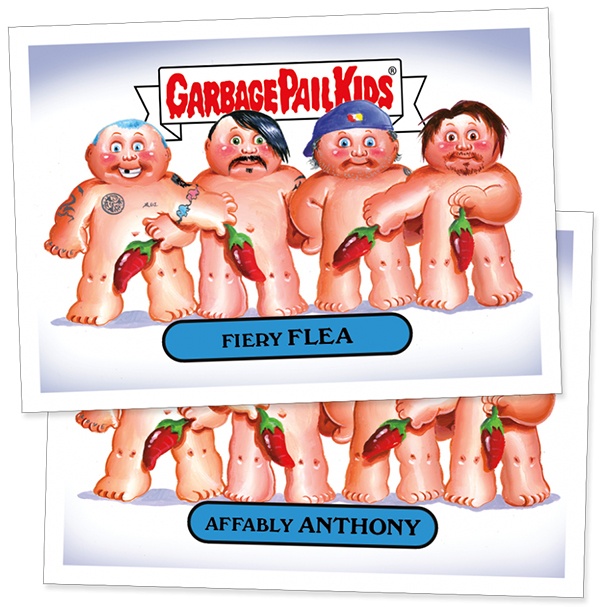 Exclusive to the Topps website, ten different acts are spoofed in the set, each with a pair of name variations. Pairs are $9.99 each. A full set of 20 cards costs $49.99.

The Red Hot Chili Peppers, Grateful Dead, Guns N’ Roses (with AC/DC), Beck and The Roots are just some of the musicians in the set.

2016 Topps Garbage Pail Kids Best of the Fest is available for a week through September 1. The only cards printed are the ones that are ordered. After the sales window closes, Topps will announce the production run.

This is the third set of music-themed special edition Garbage Pail Kids sets in 2016. Earlier in the year, Topps did similar sets called The Shammys and Rock ‘n Roll Hall of Lame.

Final print runs are noted next to each card. 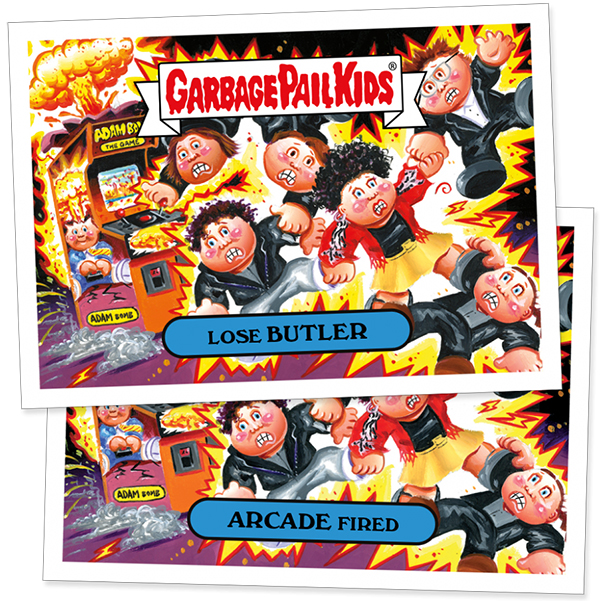 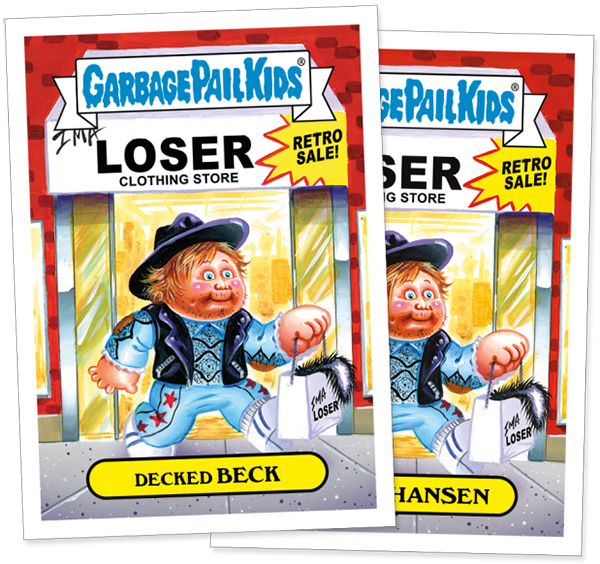 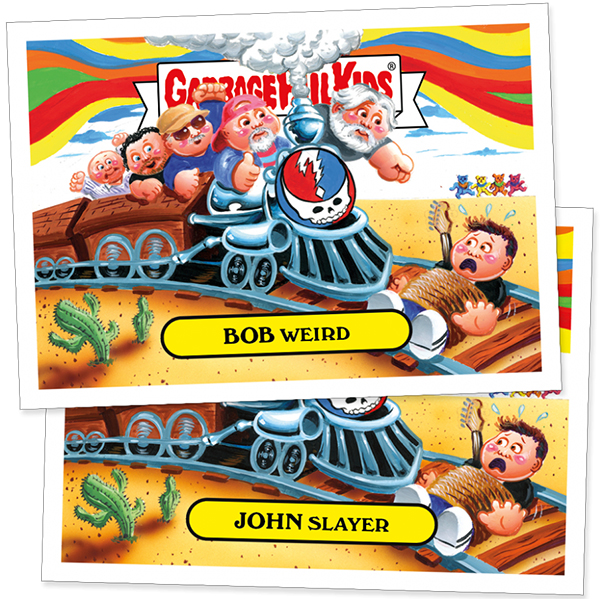 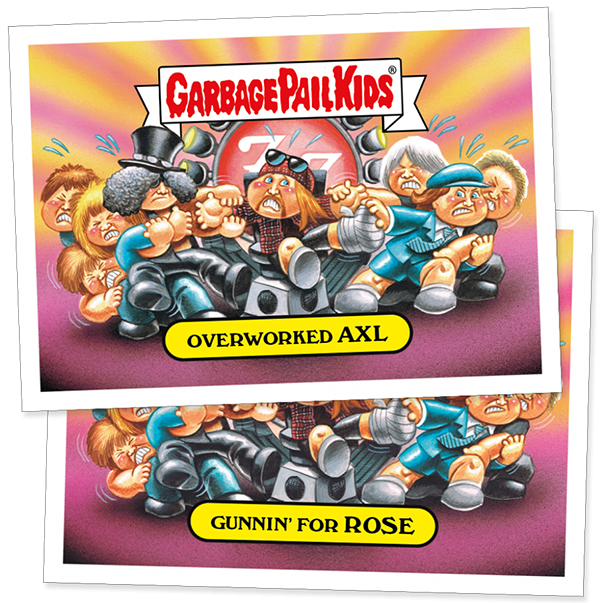 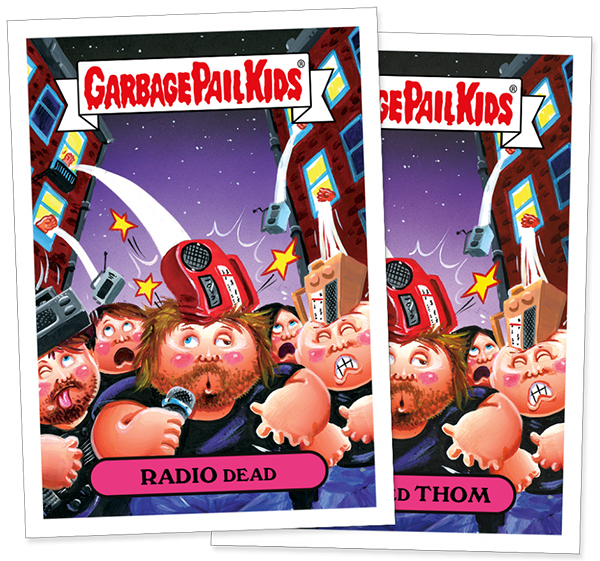 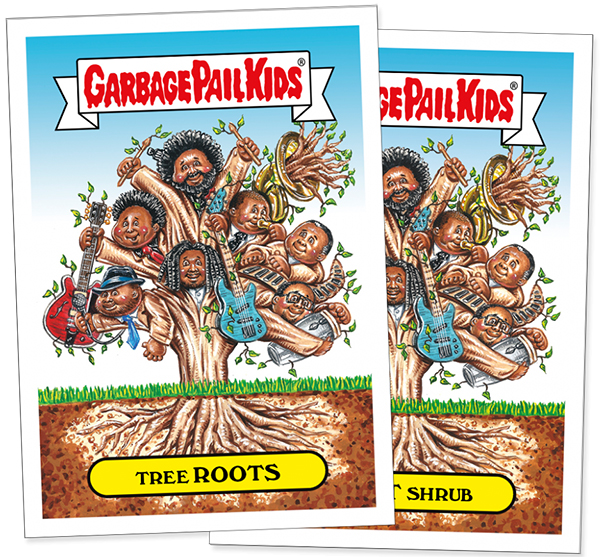 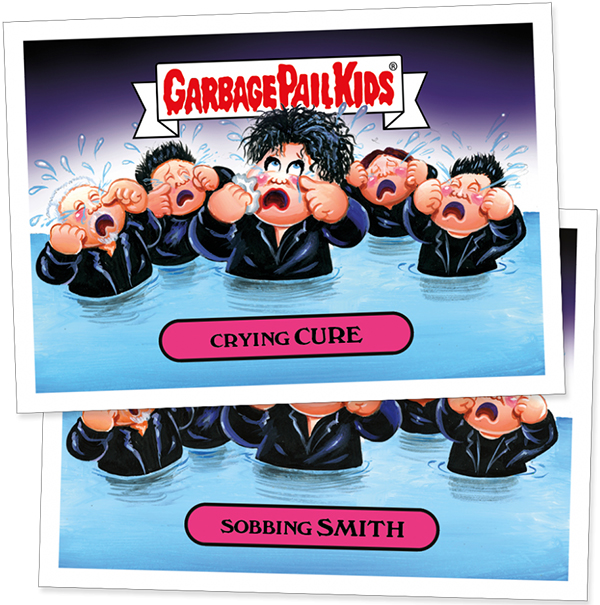 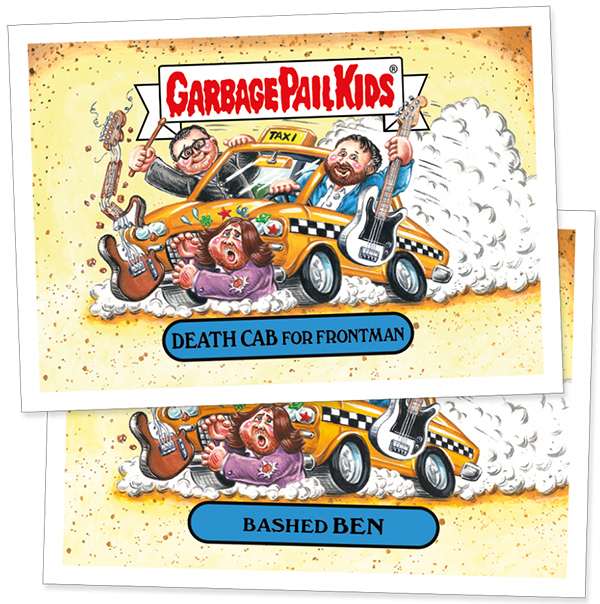 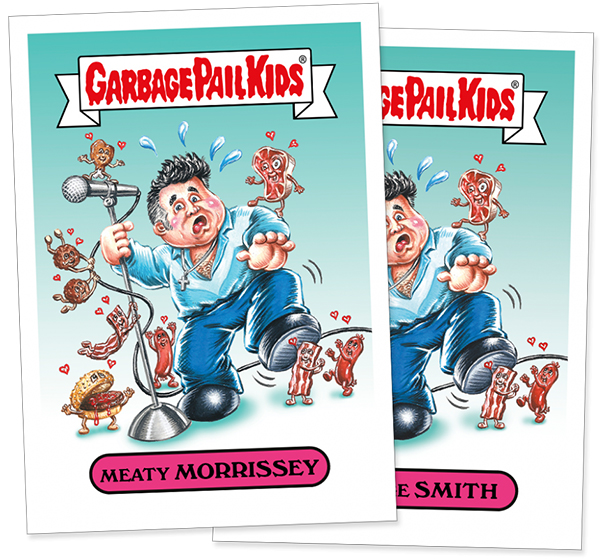