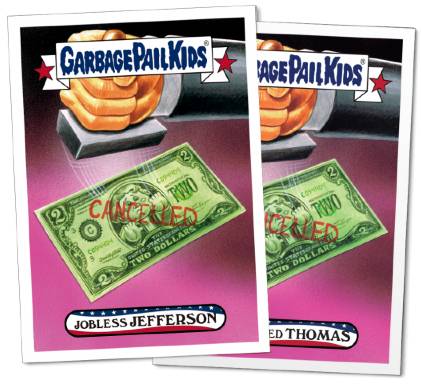 2016 Topps Garbage Pail Kids 4th of July trading cards are about as patriotic as the GPK gang get. There have been plenty of past Presidents and politicians as well as an abundance of current hopefuls. This set, another online exclusive mini collection, adds to that list.

They were available for a short time as pairs on the Topps website for $9.99 each or $24.99 for the complete set.

Print runs were announced after the original sales window closed. Only those ordered were produced.

Print runs for each are noted. 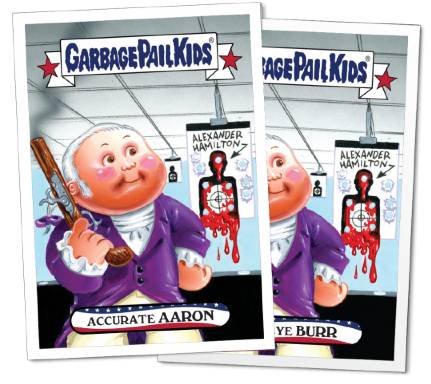 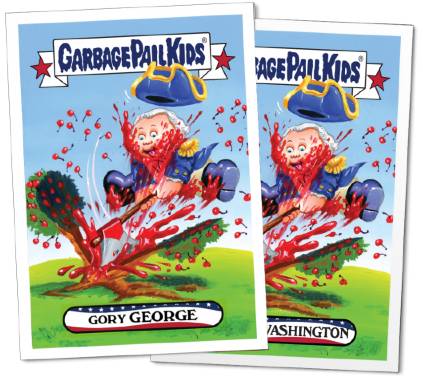 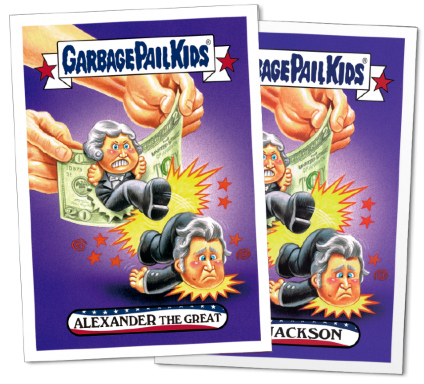