Donald Trump, Hillary Clinton and Freddy Krueger walk into a bar — it sounds like the set-up for a strange and bloody punchline. Rather, the three (and other horror icons) are given a holiday send up with the online-exclusive 2016 Topps Garbage Pail Kids Halloween cards. 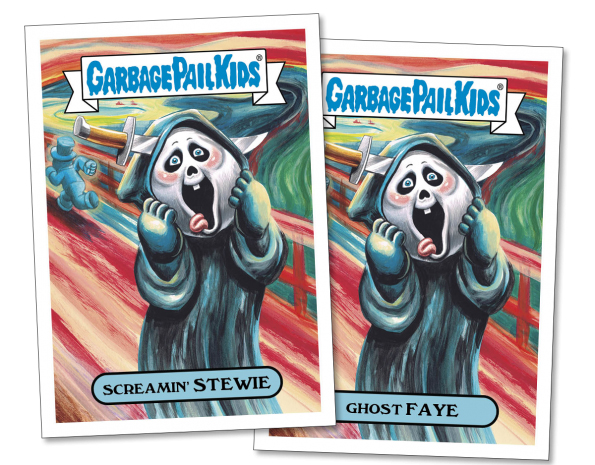 Another line of cards sold through the Topps website, the set has eight pairs of cards. The checklist features a few layers that mix the current election, classic monsters plus a hint of original Garbage Pail Kids such as Jay Decay morphing into the Jason Voorhees-esque, Jay Son of Voorhees.

The cards are being sold for six days with the initial sales window closing on November 1. Print runs are based on what’s ordered. 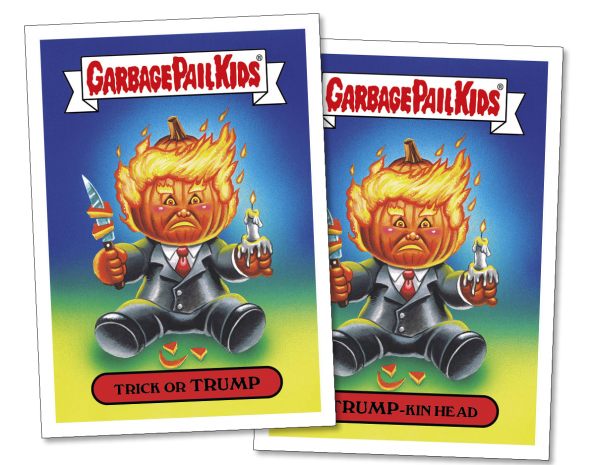 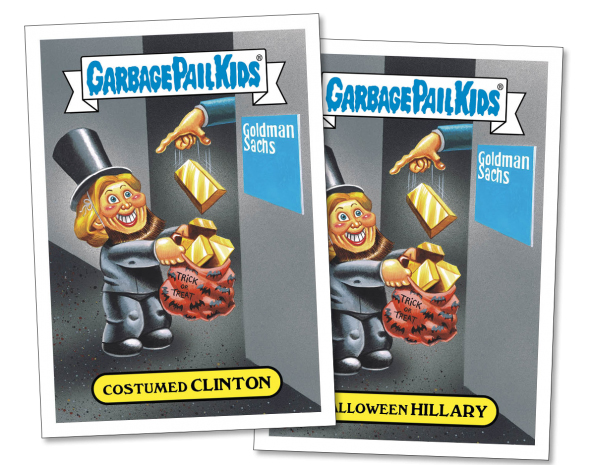 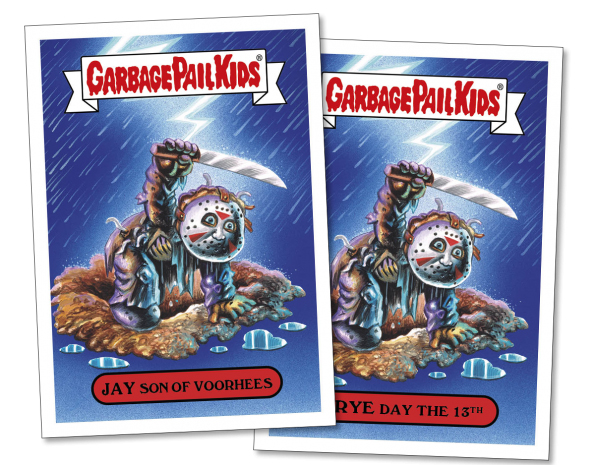 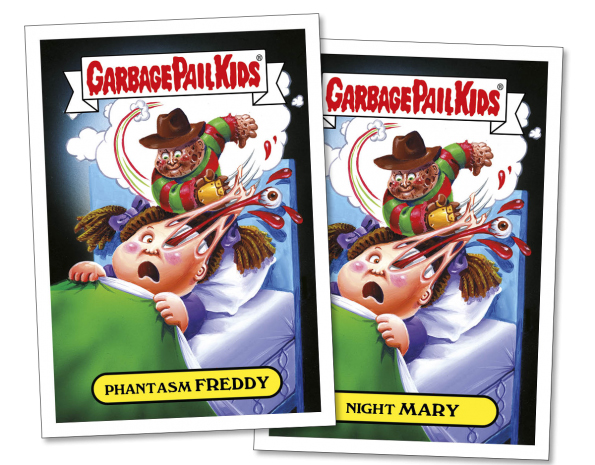 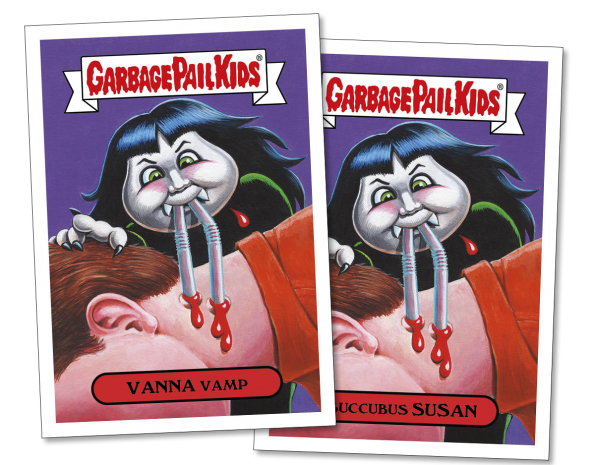 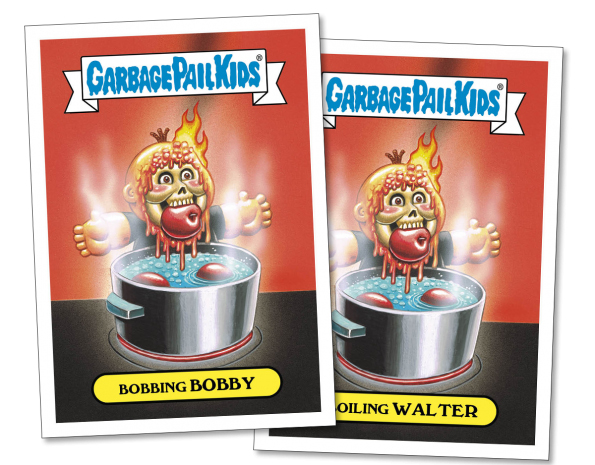 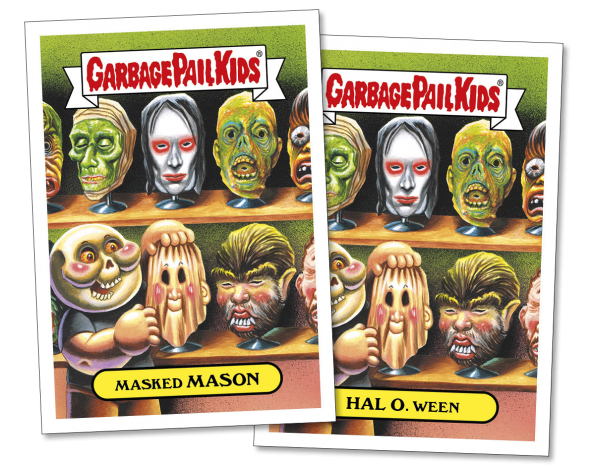