2016 Panini Prestige Football is changing things up. It’s taking a less-with-more approach to hobby boxes. Each has just four packs but they’re all jumbos with 40 cards.

Inside each pack is an autograph, six inserts and ten rookies. 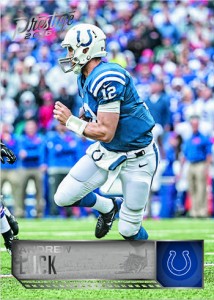 The 2016 Panini Prestige Football base set adopts a full-bleed design that stresses photography. The checklist features 200 veterans and 100 rookie cards. This is the first set of the year to include full draft information. Ten rookies are short prints that combine to land two per case. 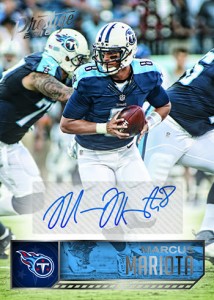 Rookies are featured on the majority of autographs. That said, veterans have a significant presence as well. Of the four signed cards in each 2016 Panini Prestige Football hobby box, one comes from a vet.

Rookie Signaures and Veteran Signatures take on the same general design as the base set. Xtra Points parallels return here in several colors of varying rarity.

Additional veteran autographs are included in Banner Season Ink (/50). These focus on the player’s best season to date. 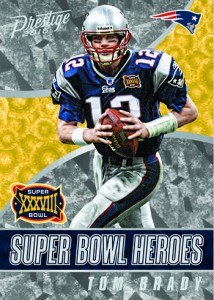 Of the 40 cards in each 2016 Panini Prestige Football hobby pack, six are inserts. Banner Season, Blue Chip Recruits, Draft Big Board and NFL Passport are all one per pack.

Super Bowl Heroes (1:2 packs) use micro-etched foil to highlight standout players from the big games of the past through to Super Bowl 50.

NFL Shield cards are inserted one per box. These have die-cut parallels numbered to 25.

2016 Panini Prestige Football at a glance: 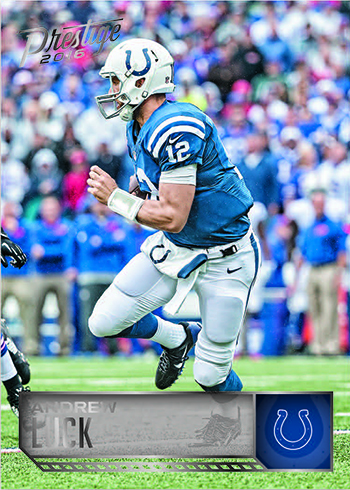 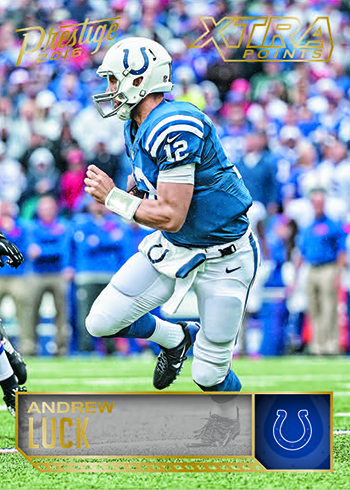 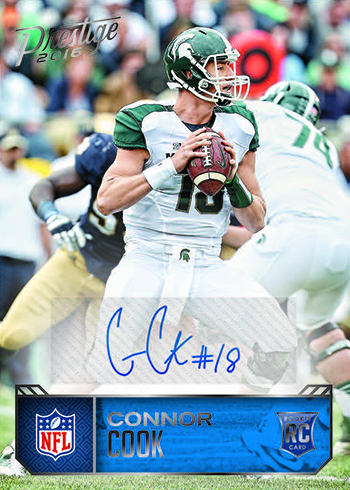 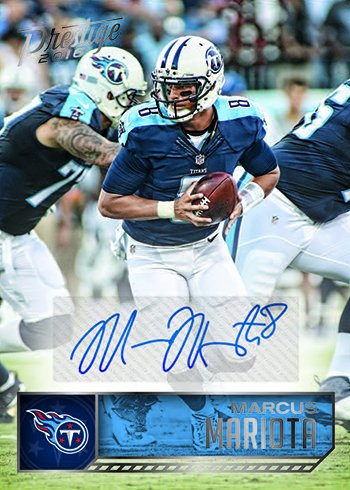 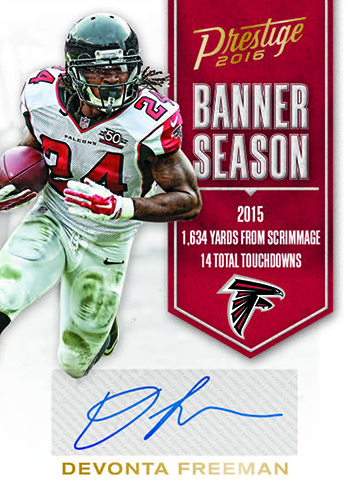 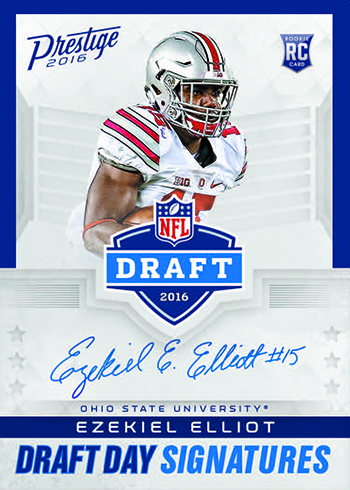 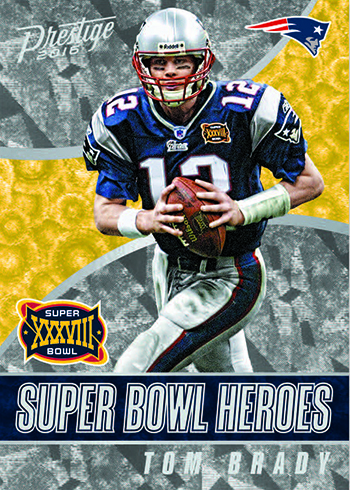