2016 Panini Infinity Football is a new brand for the card maker coming in the first season of their NFL exclusive. And while the name might be new, the configuration is a familiar one. Boxes come with one pack and focus primarily on autographs and memorabilia. Of the six cards per box, half of them are hits.

As far as an identity goes, 2016 Panini Infinity Football appears to mix elements of Spectra, Black Gold and Totally Certified.

The 2016 Panini Infinity Football base set has a fairly standard mix of rookies, vets and retired stars. Common versions come numbered to 88. There are also Rare (/8) and Unique (1/1) levels.

Flipping back from first-year players are Locker Room Legends Autographs. This ten-card set features only quarterbacks from Super Bowl winning teams. With limited print runs to the player’s jersey number, these aren’t going to be easy to pull.

Outside of RPS Quad Materials, Panini hasn’t announced much in the way of other autographs or memorabilia inserts.

Boxes that don’t have a parallel have an insert instead. Infinite Potential has ten rookies while No Limits looks at ten other young players. The toughest is NFinite, which land approximately 1:30 boxes.

2016 Panini Infinity Football at a glance: 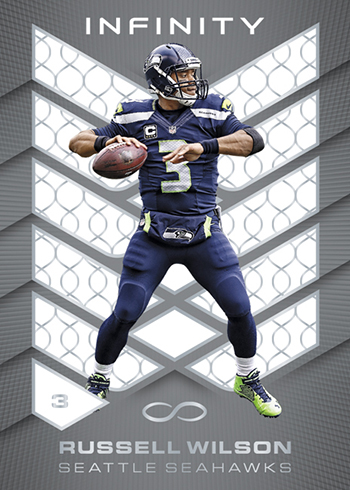 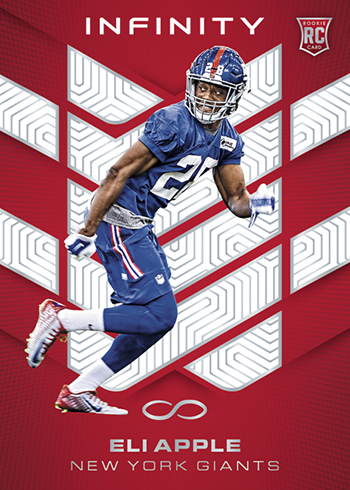 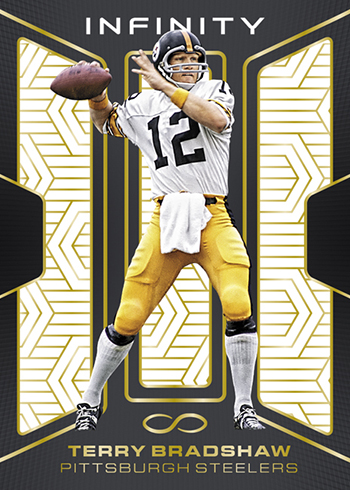 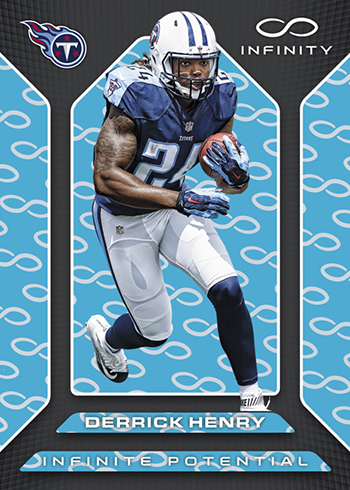 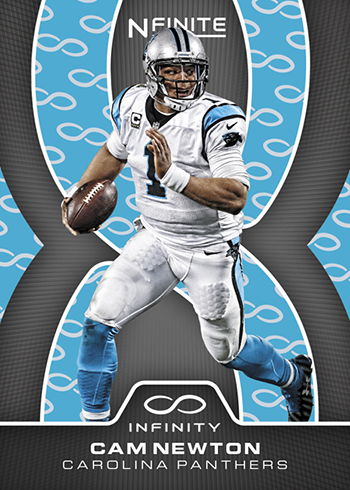 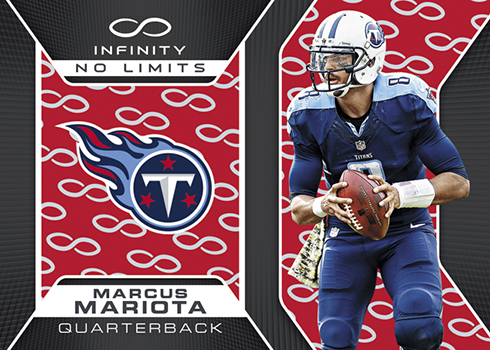 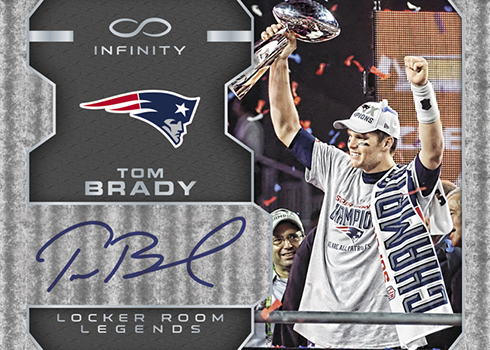 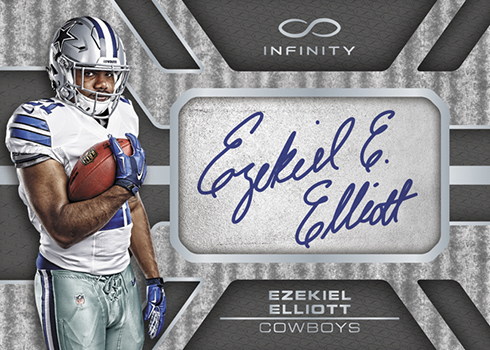 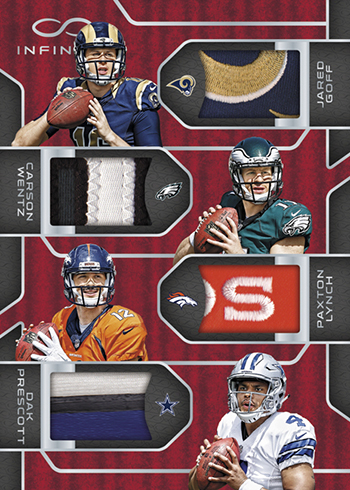