2016 Panini Flawless Baseball marks the standalone debut of the ultra-premium brand in the sport. In doing so, it supplants National Treasures as Panini’s highest priced baseball line.

So what does that bring? A configuration that’s similar to Flawless sets in other sports. Each box of 2016 Panini Flawless Baseball has six autographs, a pair of memorabilia cards and two base cards that have jewels embedded in them.

Flawless Gems make up the base content of the product. Numbered to 20 or less, they come in a few different themes: base veterans, rookies, USA Baseball and Alma Mater, which has players in their college uniforms. Different types of gems make up the parallels. They come with diamonds, emeralds, sapphires and rubies.

Players on the Rookie Patches Autographs checklist include Kyle Schwarber, Corey Seager, Miguel Sano and Michael Conforto. These have five levels of parallels numbered to 20 or less. Rookie Autographs and Flawless Rookies Signatures features more autographs from young players. All three of these sets are hard-signed.

Veterans and retired players are important in such a high-end product. They’re prominently featured as well in such on-cards autograph inserts as Greats (/15 or less), Hall of Fame Autographs (/20), Flawless Signatures, Flawless Dual Signatures, Transitions and Red/White/Blue Autographs.

The on-card theme carries over to autographed memorabilia sets as well in Patch Autographs and Dual Memorabilia Autographs.

Jumping back in time are a couple of memorabilia sets. Player’s Collection cards come with four pieces each and a checklist that includes Babe Ruth, Ty Cobb, Roberto Clemente and Rogers Hornsby. Teammates pairs up gear from three players from the same team. Combos here include Ruth, Lou Gehrig and Bob Meusel from the 1927 Yankees, and Cobb, Jimmie Foxx and Eddie Collins of the 1928 Philadelphia Athletics.

Flawless Cuts Memorabilia Prime combine a cut signature with a premium swatch. Ruth, Gehrig, Ted Williams, John McGraw and Lefty Gomez are among those in the set.

2016 Panini Flawless Baseball at a glance: 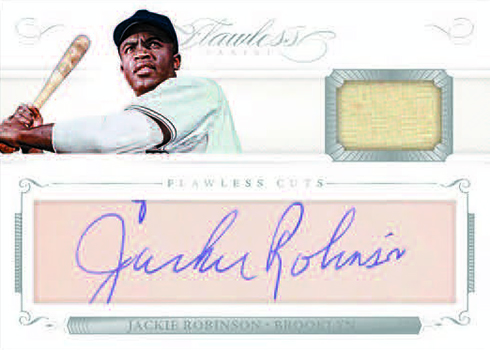 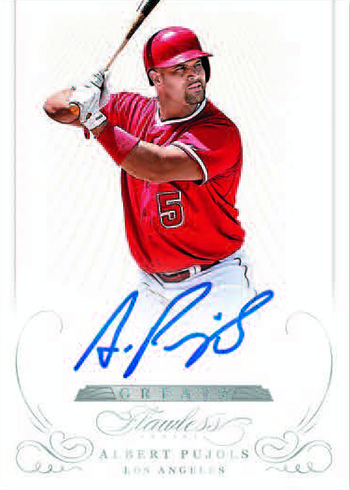 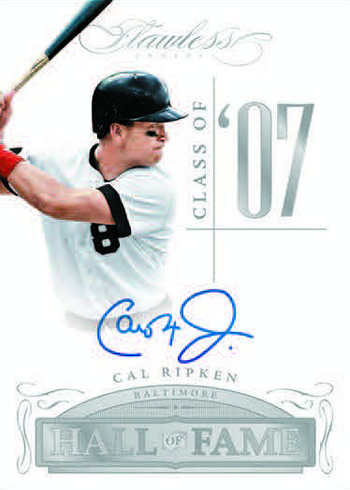 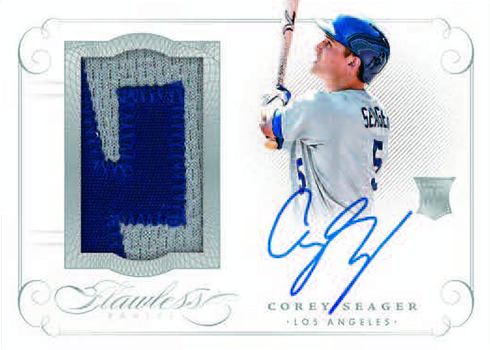 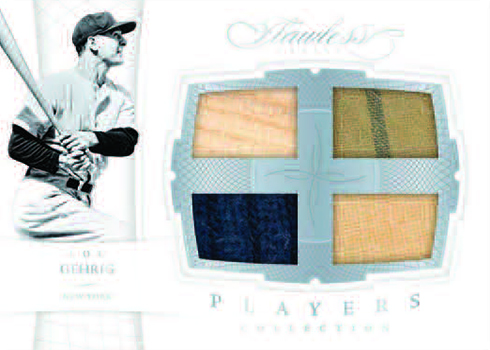 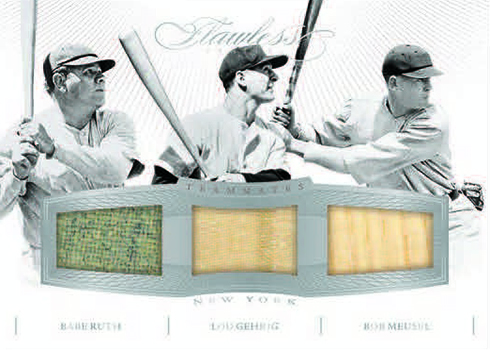