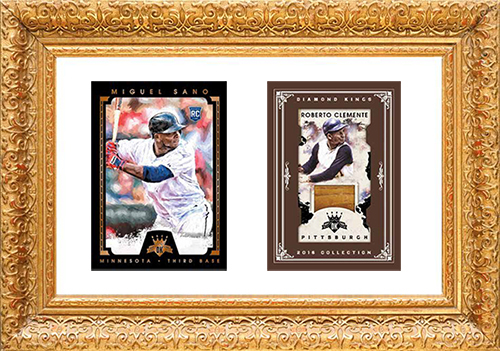 2016 Panini Diamond Kings Baseball  brings back the artistic stylings that the name has been known for since the very beginning. Sticking largely with the formula from last year, boxes are kept on the small side. Each has 12 packs and promises two total autographs and memorabilia cards and a pair of framed parallels.

One of the cornerstones of Diamond Kings when it debuted as a Donruss subset in the early 1980s was that each card was based on an original painting. But each of those had less than 30 cards. The 2016 Panini Diamond Kings Baseball base set is much bigger. Rather than hundreds of original paintings, which would add a lot to production costs, the magic of photo manipulation has given the cards that artistic look. For most, it won’t have quite the same touch but it does create something that gives the product an angle and more distinct versus other brands. 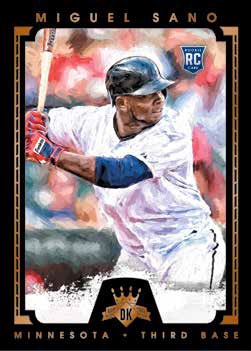 Base cards come with several levels of parallels, framed and unframed, regular-sized and mini. Artist’s Proofs are also in the mix.

Autographs and memorabilia cards take on several forms in 2016 Panini Diamond Kings Baseball. Diamond Kings Materials, Diamond Kings Signatures, Diamond Deco, Elements of Royalty and Limited Lithos are some of them. Diamond Kings Mini Framed Materials put relics into smaller cards then put those into regular card-sized frames. Collectors can expect a similar mix as 2015 when it comes to number of swatches and auto-relic combinations. 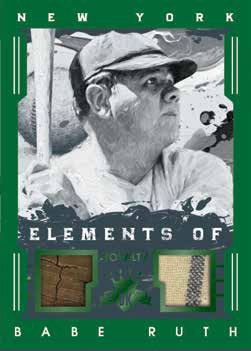 Rookie Signatures have two relics to go with the autograph. Parallels are serial numbered no higher than 299 for Silver, Gold, Bronze and Black. Framed parallels come in Brown, Blue, Green and Black and are numbered to 99 or less. 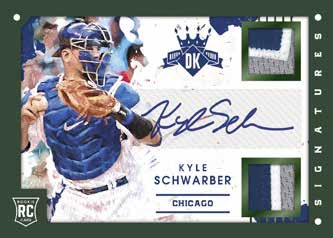 Memorable Feats is a new addition to 2016 Panini Diamond Kings Baseball. These track key moments in the career of an all-time great. 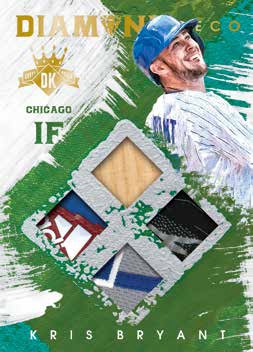 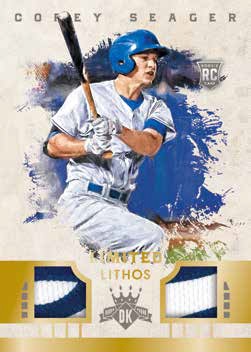 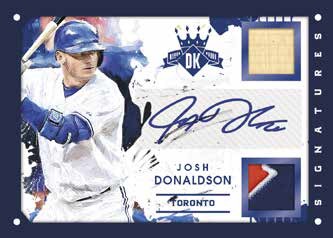 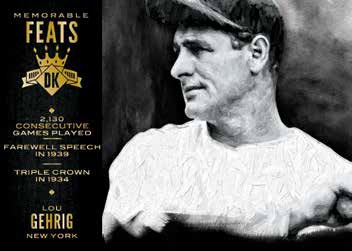 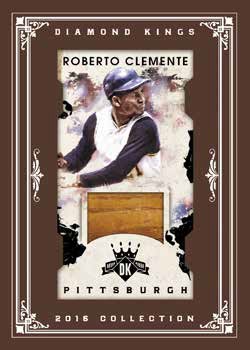 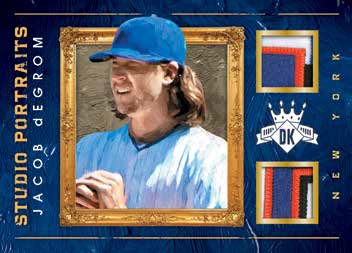