2016 Onyx Authenticated Platinum Elite Baseball focuses on what the company was founded on several years ago, prospects and autographs. Each four-card box has at least two autographs. 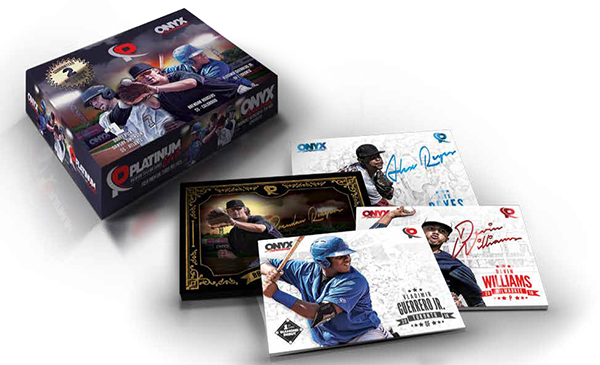 One of the things that sets this apart from similar prospecting products is the fact that the checklist is limited to less than 25 players. Among them are Dansby Swanson, Vladimir Guerrero Jr, and Brendan Rodgers.

Past editions of Platinum Elite may not have seen the same secondary market values as other prospect-driven products like Bowman. But it’s also much easier and cheaper to gather signatures of those who are on the checklist. And for some collectors, that’s more appealing.

The following players are confirmed for the product: