Leaf isn’t done with Muhammad Ali just yet. 2016 Leaf Muhammad Ali Immortal Collection is the company’s first set dedicated to the all-time great since 2012. The high-end release features either an Ali cut signature or a memorabilia card. 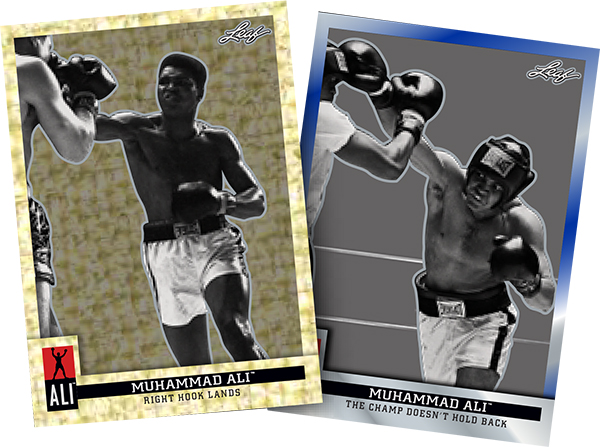 The 2016 Leaf Muhammad Ali Immortal Collection base set has just 30 cards with eight coming in each box. They’re done on Leaf Metal stock. This also means Prismatic parallels. They come in eight levels including a pair that are numbered 1/1. 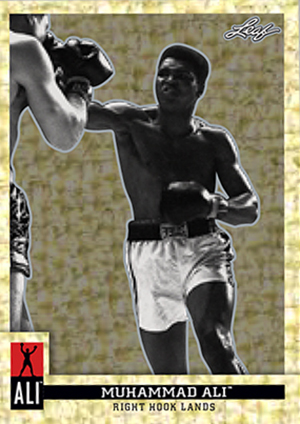 Cut signatures come with a variety of photos. As for the quality of the signatures, according to Leaf, they’re all higher quality and from the 1990s. Unfortunately, Ali’s autograph has deteriorated over the years due to age and Parkinson’s disease. At least one cut signature card is in every five box case case, sometimes two. 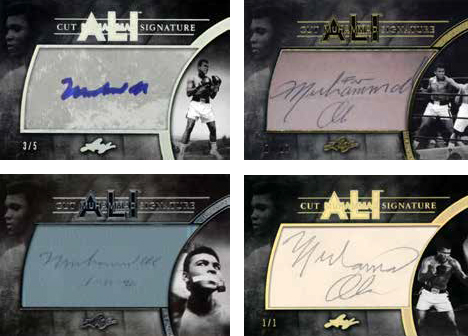 All memorabilia cards have gear worn by Ali, some of it during training. 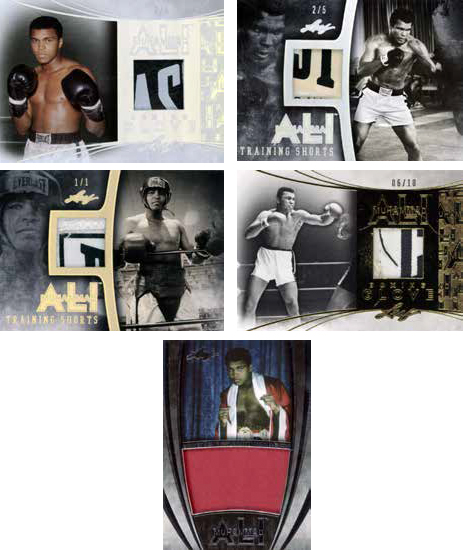