Combining past and future stars, 2016 Leaf Great Moments is a multi-sport set you’re not going to find in any packs. Rather, it’s starting as an eBay exclusive produced in limited quantities. 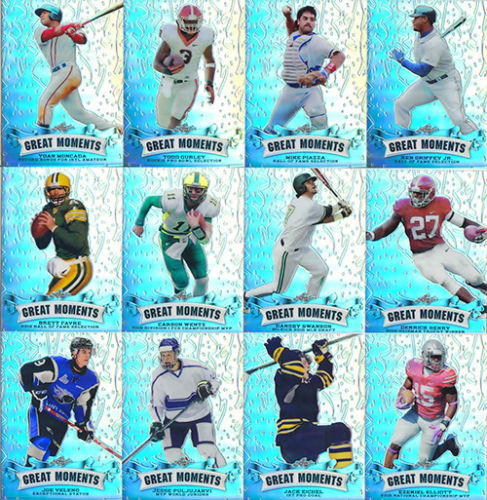 The set is small, with just 12 cards. However it encompasses prospects and all-time greats from baseball, football and hockey. The majority of the 2016 Leaf Great Moments checklist is dedicated to young players. These include Carson Wentz, Ezekiel Elliott, Yoan Moncada and Jesse Puljujarvi. Legends are limited to three players entering their respective Halls of Fame in 2016: Ken Griffey Jr, Mike Piazza and Brett Favre. 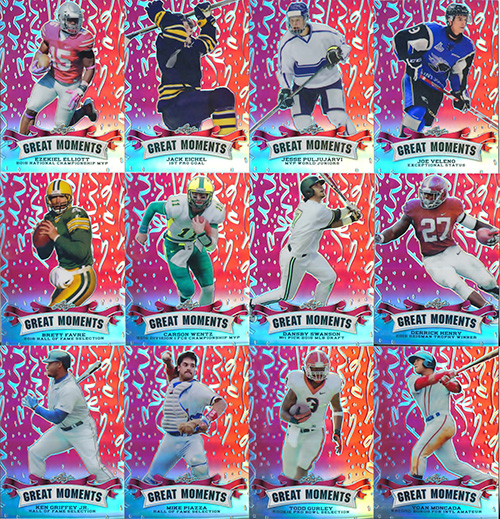