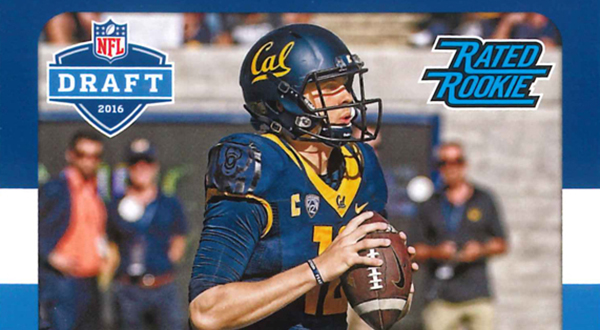 2016 Donruss NFL Draft football cards are available to those attending the festivities surrounding the event in Chicago. The small promo set highlights some of the key players expected to have their names called.

Cards are available at the Panini booth inside of Draft Town, a free three-day fan fest being held at Chicago’s Grant Park.

The ten-card checklist includes Carson Wentz, Jared Goff and Derrick Henry. They’re done with a colorful design, complete with the Rated Rookie icon. Seeing as how the cards are releasing before the actual draft, players are pictured in their college uniforms. 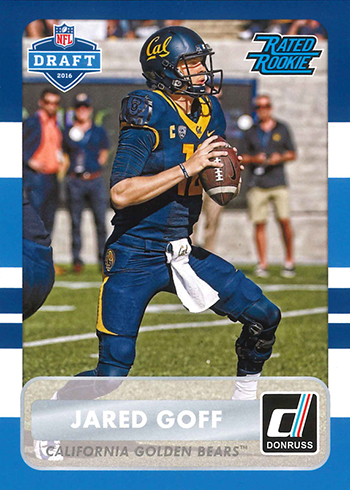 In addition to the main 2016 Panini NFL Draft set, there are three over-sized cards. These measure 5×7 and feature Wentz, Goff and Ezekiel Elliott. 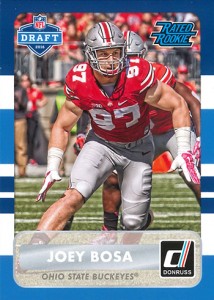 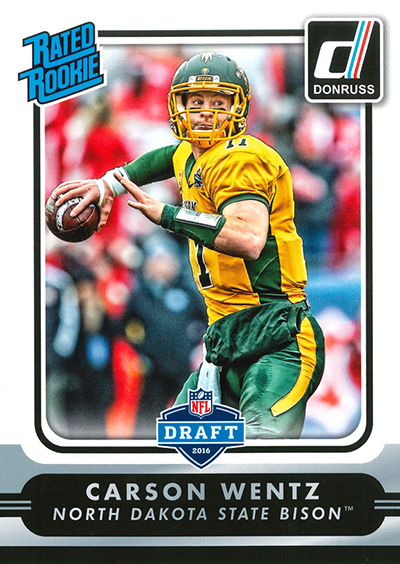 Panini has a full gallery of all 13 cards posted on their blog as well as details on some of their other plans for the draft.