2016 Donruss Elite Football looks to be changing things up. A brand that’s long been known for its heavy use of foil — and not always the colorful kind — it looks to be shifting more to a rainbow approach.

Hobby boxes have three hits including a pair of autographs.

For the base set, the design has a little more life to it than a lot of earlier Elite releases. Parallels take not only a color approach but use patterns as well. Panini hasn’t given full details on the size of the base set or how big the parallel rainbow is.

2016 Donruss Elite Football autographs are led by Pen Pals. These are signed on-card by members of the 2016 draft class. They come in a few different combinations and styles including multi-signature cards. Triple autographs land at least one per 12-box case. Colored ink versions are short prints.

Passing the Torch Autographs (/25) return with a signature on each side of the card.

Turn of the Century Autographs take on the same patterned parallels as the base set with several colors including Orange and Gold.

2016 Donruss Elite Football at a glance:

These images are mock-ups to give an idea of what to expect. It also explains why Marcus Mariota and Jameis Winston are pictured with the rookie logo. The final checklist will include 2016 rookies. 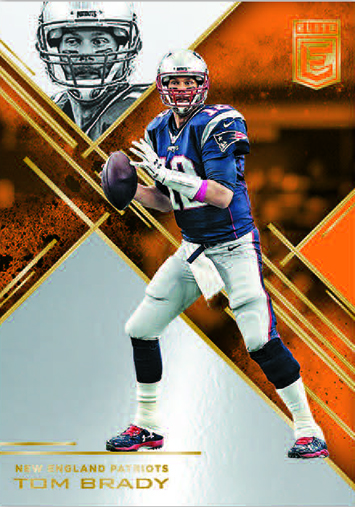 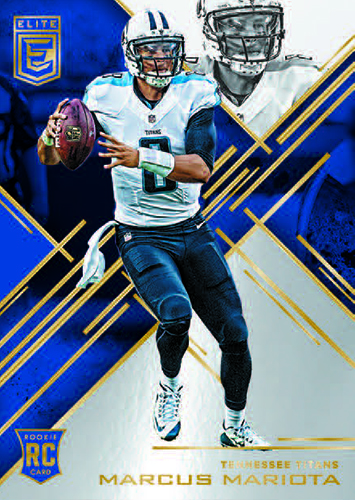 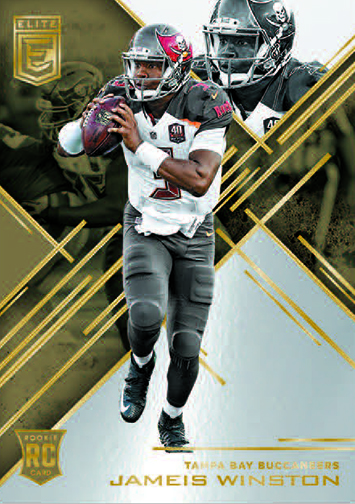 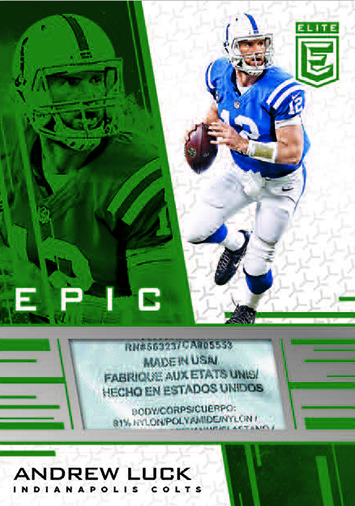 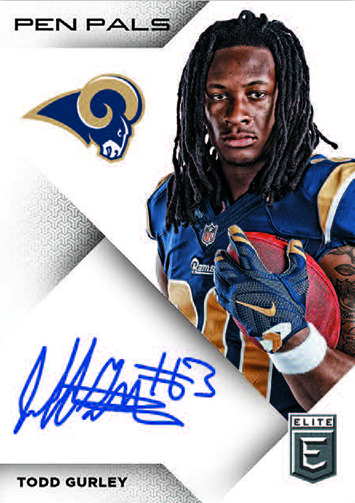 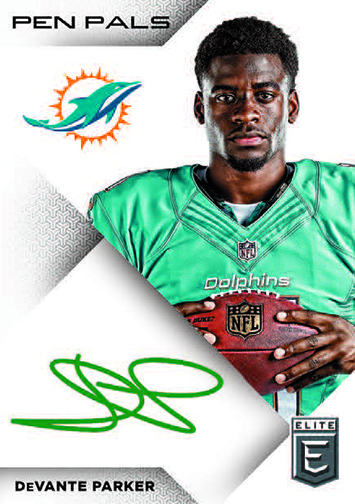 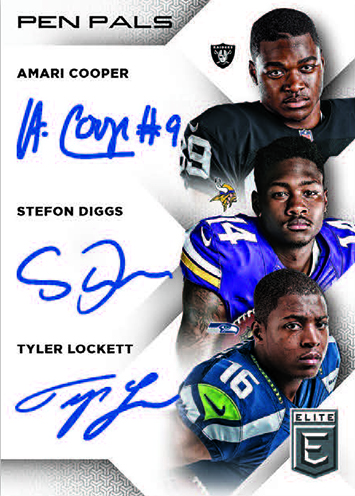 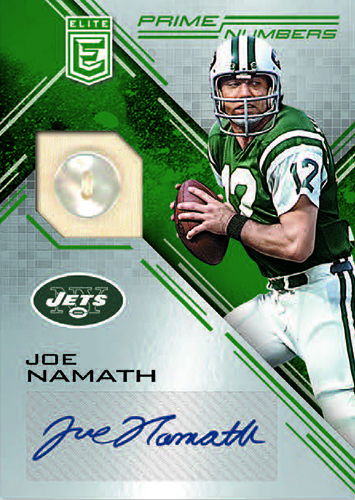 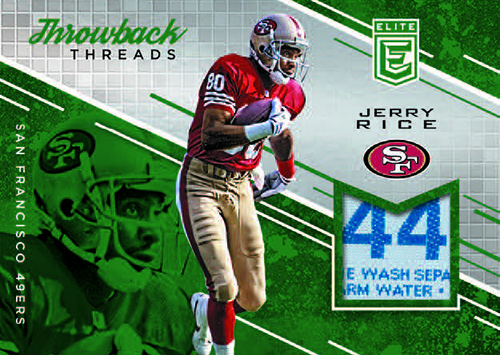