2016 Breygent Bates Motel Season 2 trading cards aren’t your blockbuster franchise like Star Wars or Star Trek. However, the show has a deep roster of talent known for both the show and other projects, not to mention a passionate fan base. The result? A premium-style box set that mixes traditional elements with lots of autographs and memorabilia cards. 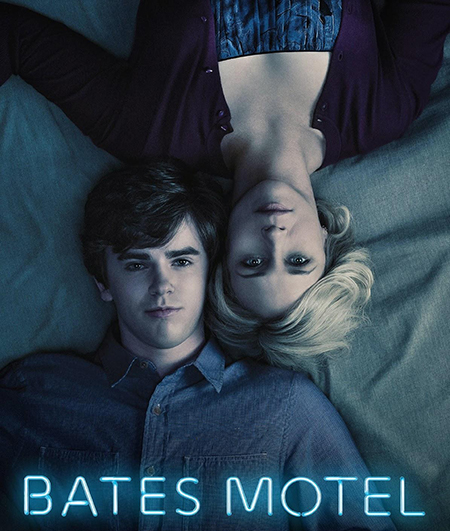 Like any factory set, all 2016 Breygent Bates Motel Season 2 boxes have all the base cards. There are 72 in all encompassing the key events and storylines of the ten episodes.

Each set also has one parallel. Given the likelihood that not a lot of sets are being made to begin with and parallel supplies are limited per set, these parallels should have small print runs.

Among the set’s dozen autograph signers are lead stars Freddie Highmore (Norman Bates) and Vera Fermiga (Norma Bates). Olivia Cooke, who is set to star in Steven Spielberg’s Ready Player One adaptation is also on the checklist. Other notable names include Nestor Carbonell, Kenny Johnson from Sons of Anarchy and The Shield, and Kathleen Robertson.

In addition to 13 basic autograph cards, 2016 Breygent Bates Motel Season 2 has 11 different Autographed Costume cards. Five of these come with a pair of swatches.

On the regular memorabilia card front, there are 15 Costume cards and a Quad Costume card.

The premium box sets also have six regular inserts. These break down to two each from Rest in Peace, Bates Property, and Norman and Norma: Love/Hate Relationship. All three of the basic insert sets have nine total cards to make up a set.