Among basketball fans and collectors, the excitement is already building for next season and while Panini America has yet to give a preview of its trading card releases that begin to hit stores this fall, there is something to look forward to with the 2016-17 Panini NBA Sticker Collection. 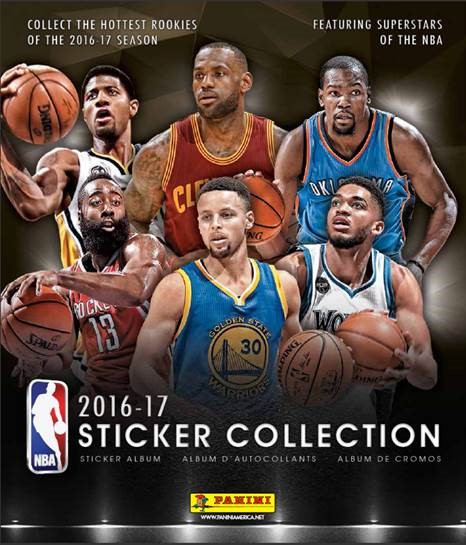 Loaded up with nearly 500 stickers, 2016-17 Panini NBA Sticker Collection gives comprehensive coverage of each team with a dozen stickers featured on each two-page spread in the official full-color 72-page album. In addition to this, look for members of the upcoming rookie class along with tributes to events such as the Christmas Day games, 2016 NBA All-Star Game, and the 2016 NBA Playoffs. On top of that, there will be over 100 of the always-popular foil stickers.

Affordable and a perfect means to introduce youth into the world of basketball collecting, 2016-17 Panini NBA Sticker Collection packs contain seven stickers and have a suggested retail price of $1.00 each. Boxes will contain 50 packs, but there are also combo displays available which contain 150 packs plus 15 albums, which are priced at $2.00 apiece.

Release date for 2016-17 Panini NBA Sticker Collection has not yet been confirmed by Beckett Basketball, but it should arrive in the range of late September to early October.