Following a strong debut for the brand in the NBA market, Panini America is bringing its premium Black Gold product to fans of NCAA basketball. Boxes of 2016-17 Panini Black Gold Collegiate Basketball are loaded up with hits and have the first on-card autographs from the 2016 draft class. In fact, each box is slated to deliver two to three signed cards and at least two of them will be hard-signed. Throw in an attractive base set, limited memorabilia cards and the increasingly popular manufactured Metal Logo cards and this could be an early-season smash. 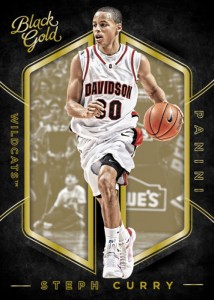 The shadowbox style of the Black Gold base set instantly makes it a winner from a design perspective and since there is only one base card or parallel per pack, getting all 100 is going to be a challenge. The parallels are numbered out of 99 and will be joined by one-of-one printing plates. 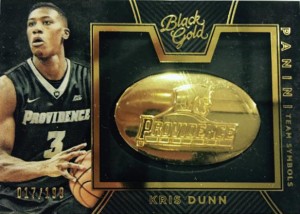 The biggest freshmen will get a special treatment in 2016-17 Panini Black Gold Collegiate Basketball with the Metal Logo cards and there could be up to two of them in a pack. With metallic conference logos, there are a few parallel versions (/99 or less) which include White Gold, Black Gold, and Holo Gold. 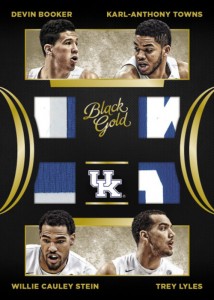 Memorabilia highlights in Black Gold Collegiate Basketball include Quad Materials that are based on players from the same alma mater and the 20-card Shadowbox Swatches collection.

In advance of release, it has been revealed that autographs of certain rookies will come at predetermined ratios in cases of 2016-17 Panini Black Gold Collegiate Basketball. One of three different top five picks (Brandon Ingram, Jaylen Brown, or Kris Dunn) numbered to 99 or less is guaranteed along with top eight selections Buddy Hield, Jamal Murray, or Marquese Chriss at a similar rate. On top of that, there are two signatures from either Denzel Valentine, Henry Ellenson, Jakob Poeltl, Taurean Prince, of Wade Baldwin per case. The other four guaranteed rookie autographs come from a pool of players that were taken between picks 18 and 34 in the 2016 NBA Draft. There should be plenty of autographed content from current players as well. 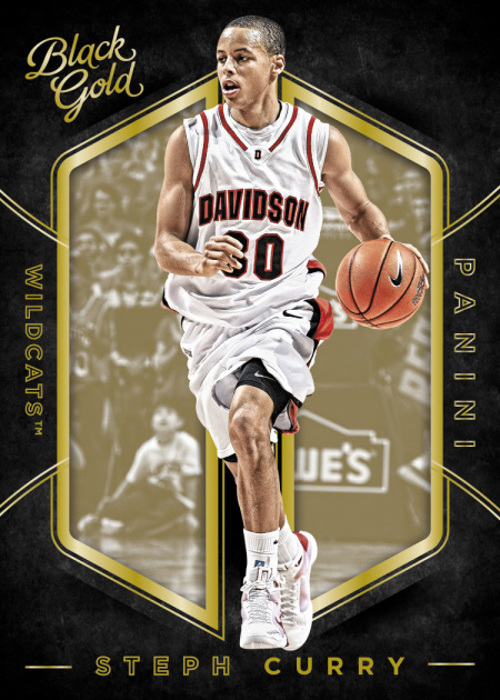 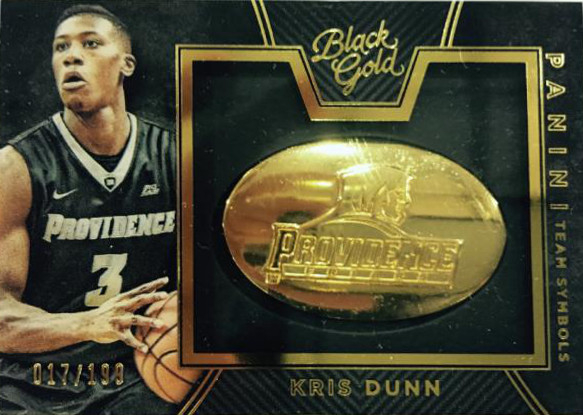 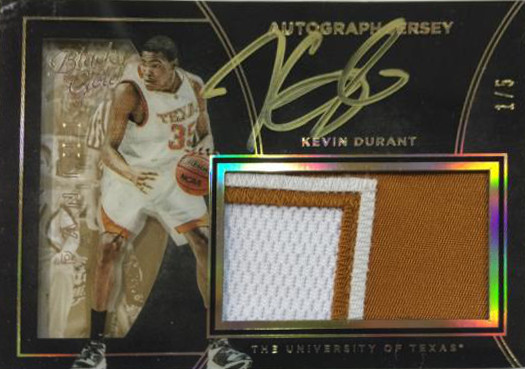 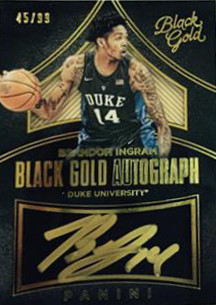 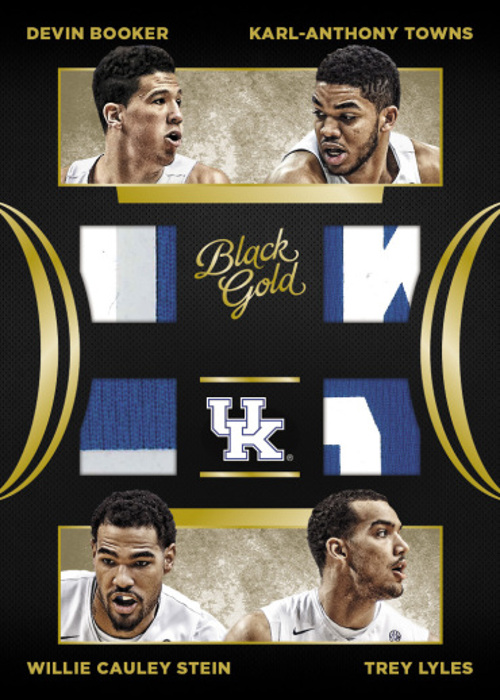 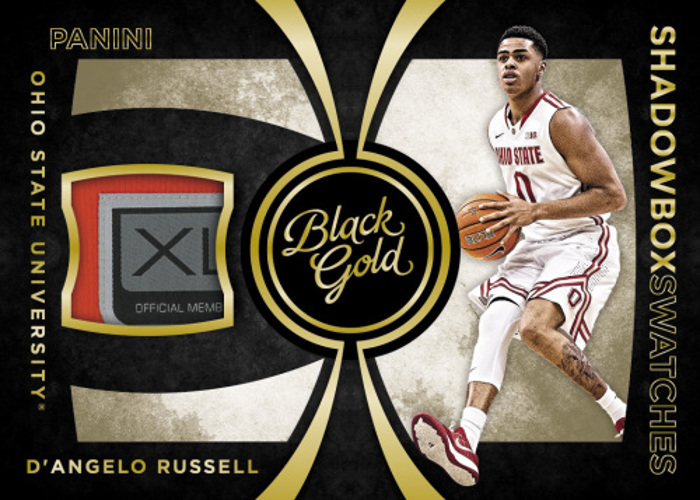 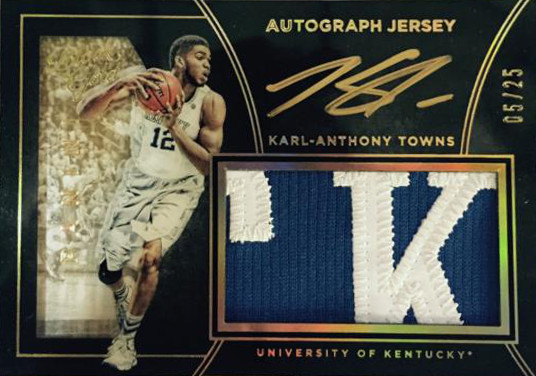