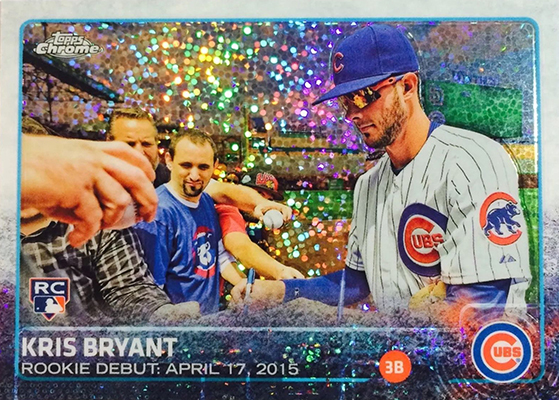 For the third consecutive year, Topps has given Update Baseball a Chrome spin. Like the past couple of sets, 2015 Topps Chrome Update Baseball is only available at retail. And you won’t find traditional packs waiting on hanger pegs. Rather, they’re exclusive to special 2015 Topps Update Holiday Mega boxes.

Besides the new cards, there’s one thing that collectors will notice about the 2015 Topps Chrome Update Baseball cards — they’re all done like Pulsar Refractors. They have a dotted background similar to the look of what’s normally reserved for parallels. 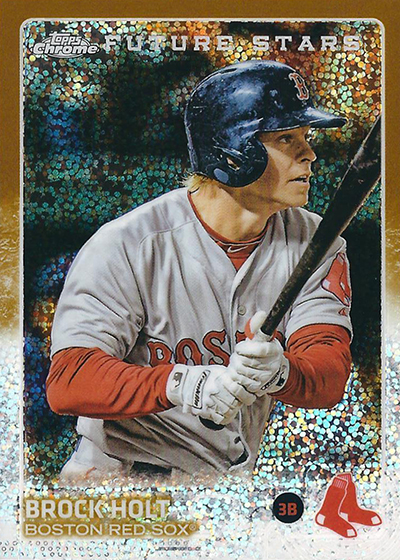 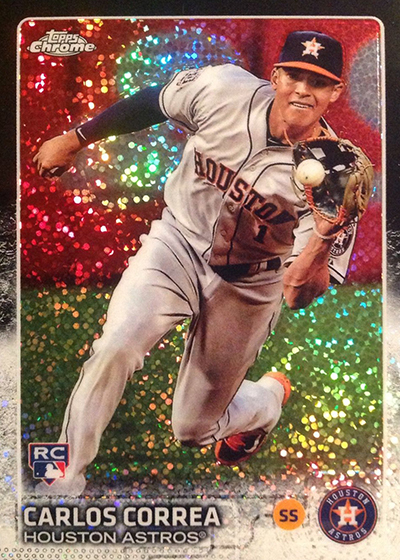 The Rookie Sensations cards from basic 2015 Topps Update have been given the Chrome look as well. These break down the rookie seasons of several generations of players. All 25 cards in the set appear here as well. 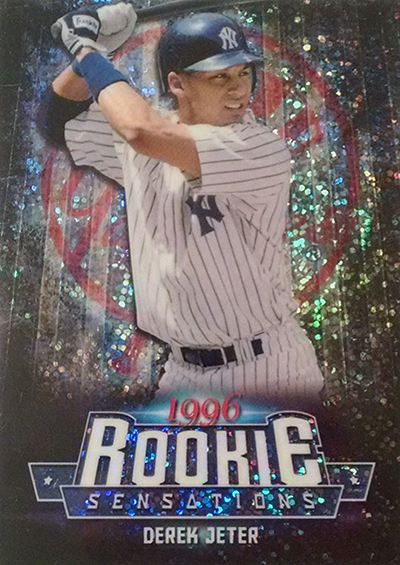 Collectors also have Chrome All-Star Stitches Relics to look for. These come with swatches of workout jerseys from the 2015 All-Star Game in Cincinnati. 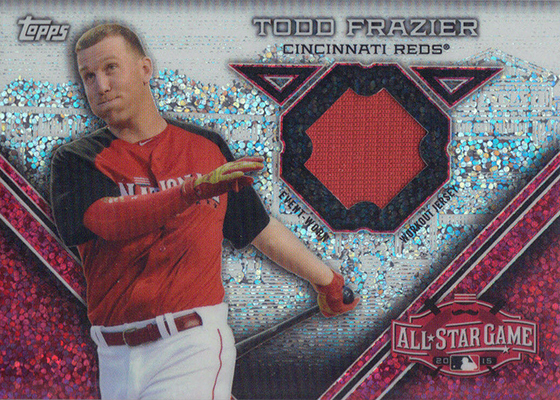 Both the Rookie Sensations and the relics maintain the Pulsar Prism design for their basic versions.