The 2015 Topps Chrome Kris Bryant Superfractor Autograph topped $11,000 on eBay on August 20. And while a five-figure sale for a three-year-old card is a big deal, it’s actually significantly less than what it sold for just over a year ago. 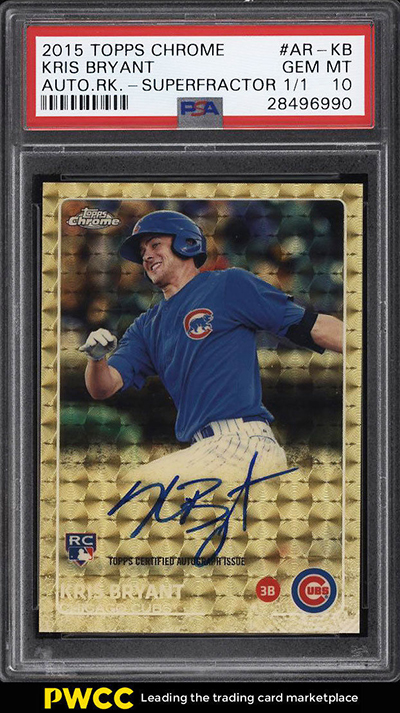 The final price on the latest sale was $11,100. It came through PWCC, a consignment company. 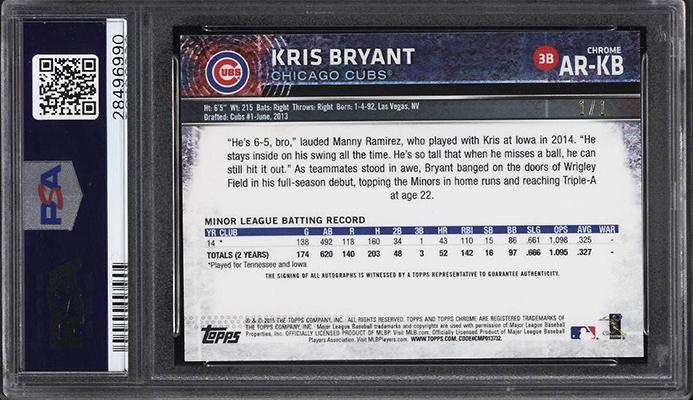 The one-of-one from Bryant’s rookie season has been graded a PSA 10. The final price was reached after 49 total bids from 34 different bidders. The auction ran for ten days.