When Panini went all-in with their various exclusive NCAA deals, part of the plan was to produce several school-specific sets. 2015 Panini UCLA is one such release. Delving into baseball, basketball and football, the product covers a broad history of the school’s athletics. 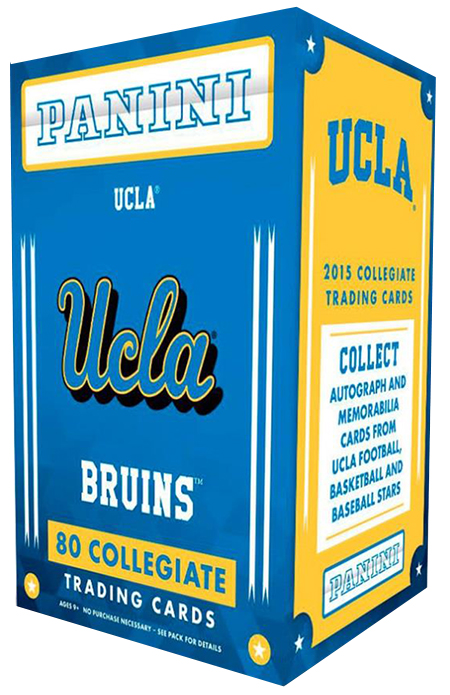 In addition to traditional boxes, blasters are also available. Both come with either an autograph or memorabilia card plus three parallels.

The 2015 Panini UCLA base set has 80 cards. Players Russell Westbrook, Troy Aikman, Bill Walton, Kevin Love and are among the recent alumni in the set.

Honors is an insert set that highlights Bruins players who have won important collegiate awards like the Heisman Trophy and Golden Spikes Award.

Autographs from select players come in the form of Signatures. Like the base set, there are multiple parallels that have 99 copies or less.