2015 Panini Prizm football and all that shines

So much color. So much shine. 2015 Panini Prizm Football brings back the chromium look and feel it’s known for. While much of it should be familiar to those who have followed the brand in the past, there are some new pieces as well.

Hobby boxes, which come with 20 packs, promise a pair of autographs, a dozen parallels and a handful of inserts.

Chromium takes center stage for the entire release, most notably in the base set. The checklist features a broad mix of veterans and first-year players. Every pack includes one rookie card. With four cards per pack, that doesn’t leave a ton of room for veteran base cards as most packs also have an insert.

And while Prizm is popular with set builders, it’s the Prizms parallels that bring the color and another group of collectors. Each base card has a dozen different parallels with a total of 12 per hobby box. Base Prizms, which are a lot like Refractors, are inserted 1:10 hobby packs. Red, Green and Blue Prizms are each 1:2 packs. Boxes also have two Rookie Prizms and five additional parallels. Other colors in the 2015 Panini Prizm Football rainbow include Orange, Tie-Dye, new Gold Vinyl (/5) and Black Pulsar (1/1). Jumbo boxes are the only place to find Violet Prizms.

Autographs take on a couple of different forms. Basic signed cards have the same general appearance as the base set and come with several parallels.

While collectors can expect the majority of signatures to come from rookies, Patented Penmanship includes some key veterans. Prizm Pairs are autographed memorabilia cards that have two 2015 draft picks.

Besides the two autographs per hobby box, jumbo boxes have four.

Memorabilia has never been a big part of Prizm. That said, there are Premier Jerseys cards that can be found.

Basic inserts also have a home in 2015 Panini Prizm Football. All told, at least every fourth pack should have one. Rookie Revolution, Helmets and Intros are all one per box. Air Marshals surface more frequently at two per box.

In addition to these, there are die-cut Hall of Fame inserts that have both a player photo and a picture of their bust that’s found in Canton.

2015 Panini Prizm Football at a glance: 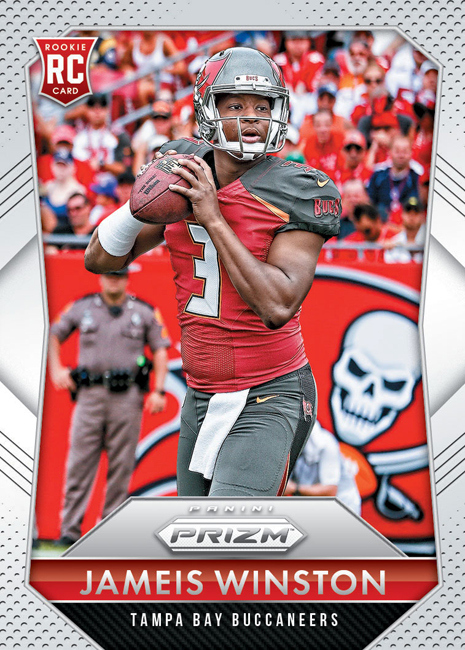 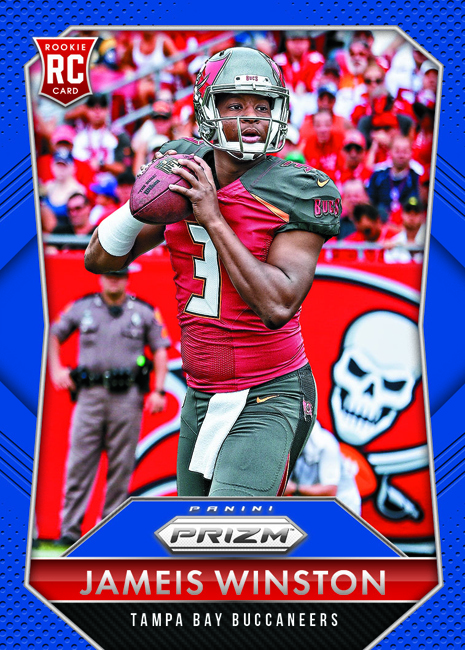 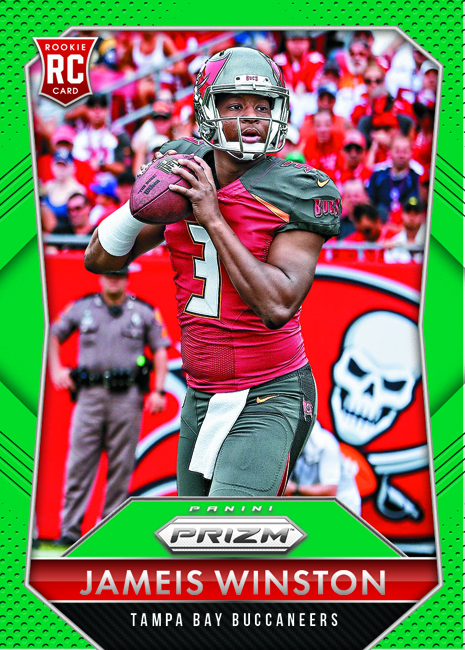 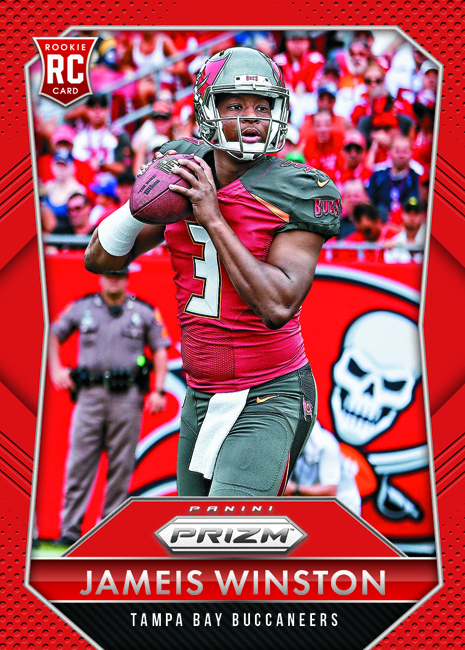 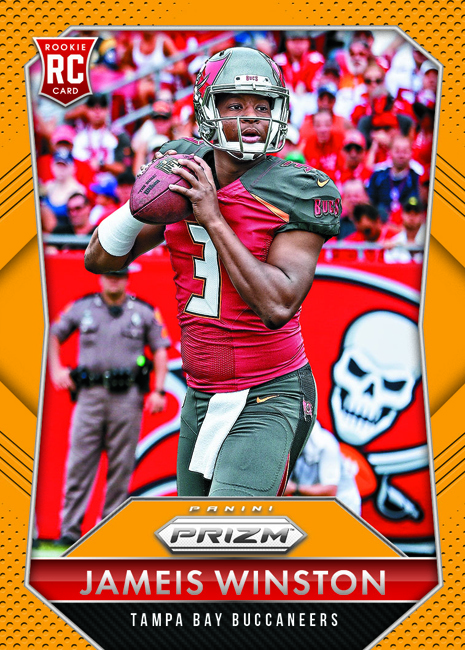 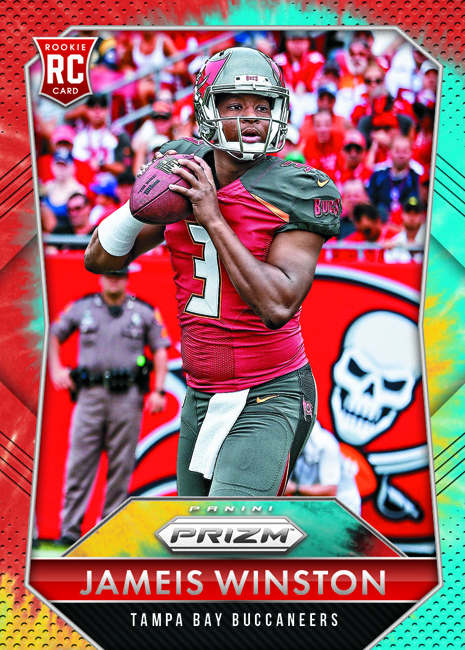 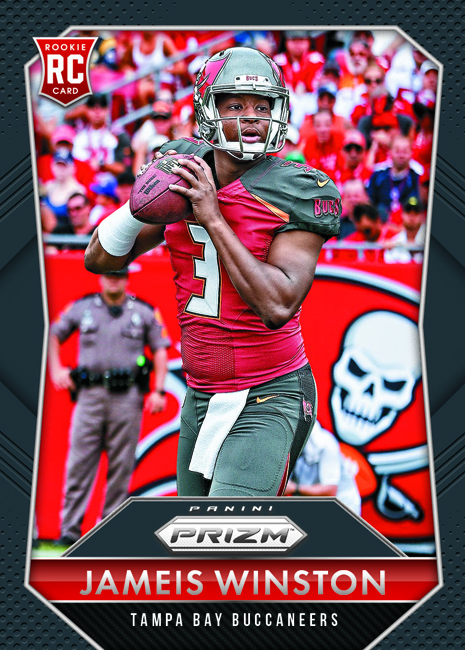 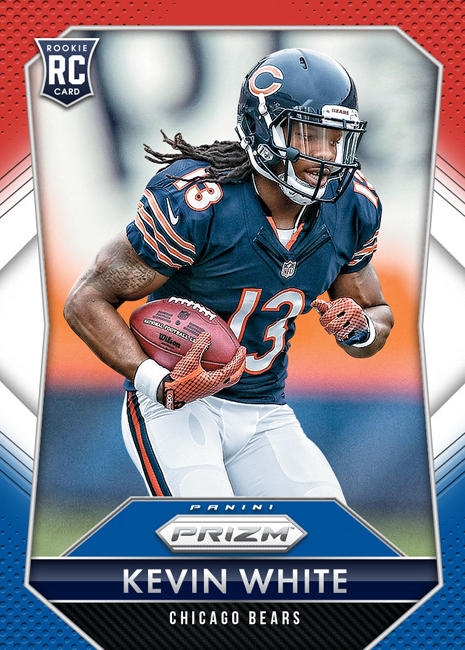 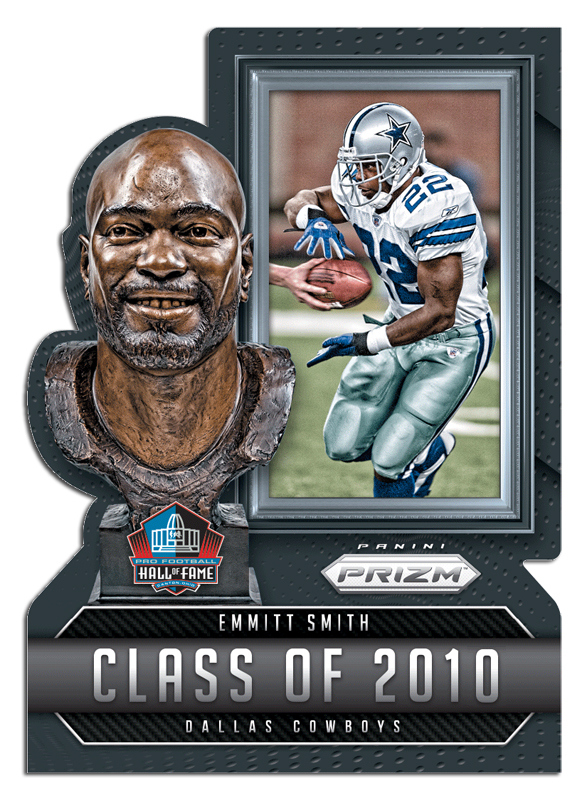 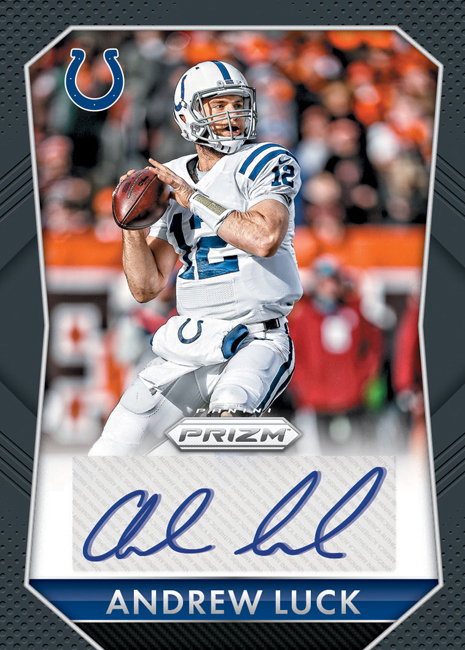 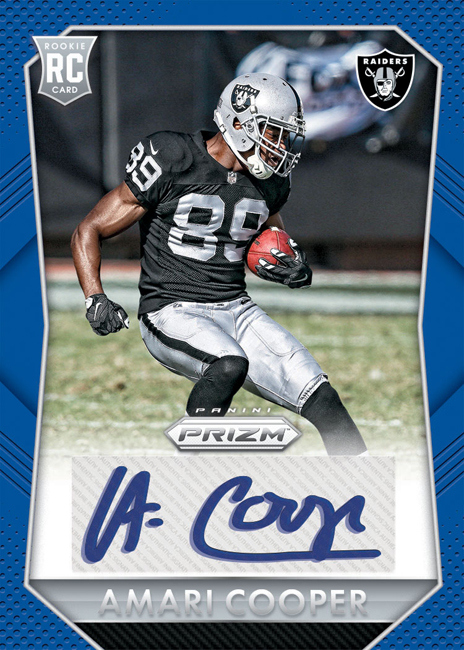 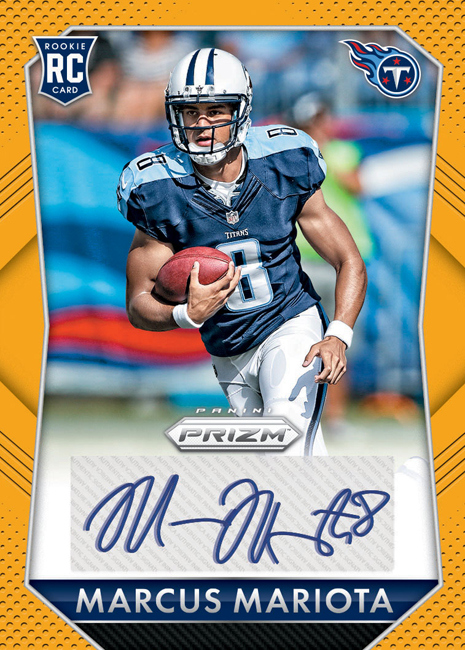 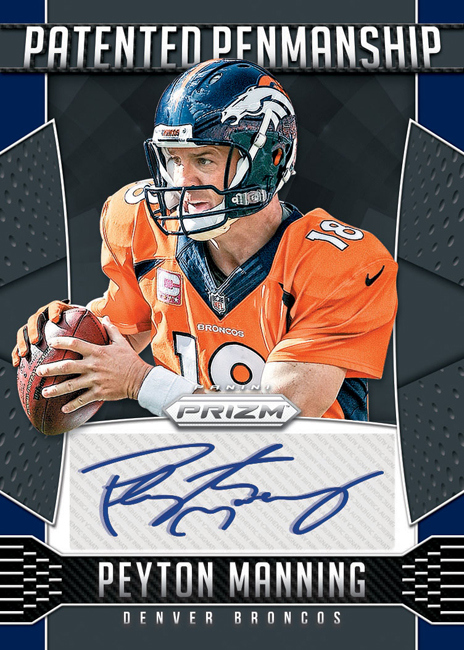 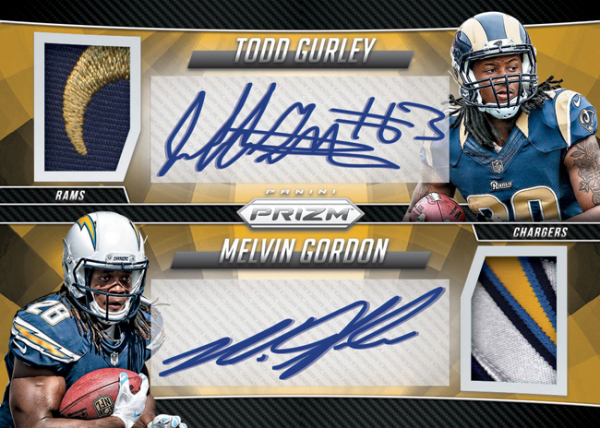 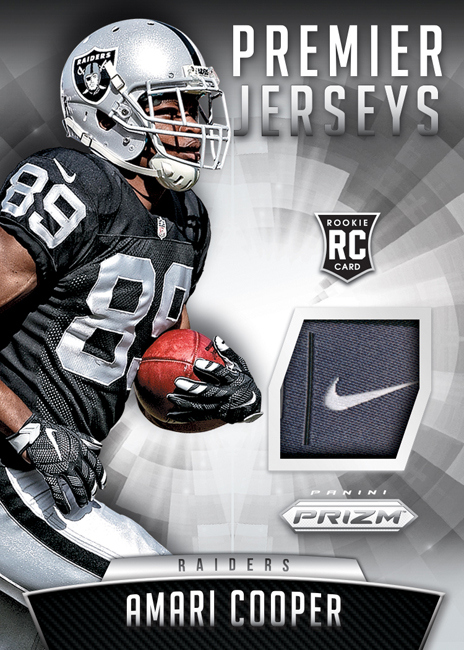