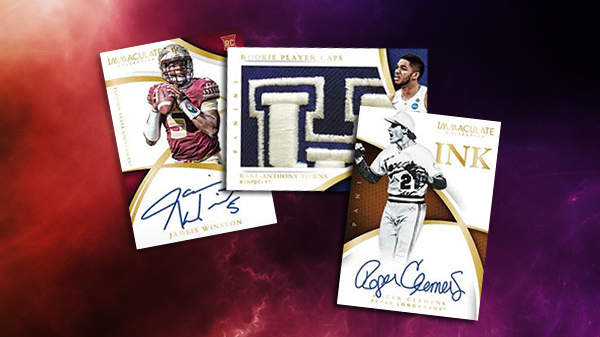 2015 Panini Immaculate Collection College Multi-Sport takes NCAA cards into the high-end. Although this has been done before, particularly by Upper Deck, these sorts of releases have typically been centered on either football or basketball. Here, it branches into several sports all under the same umbrella.

Like other Immaculate sets, the focus is on autographs and memorabilia. Single-pack boxes have five total hits.

Rookie Autographs all have on-card signatures. The checklist covers athletes now playing in the NBA, NFL and MLB. Parallels include Gold (/25) and Platinum (1/1). Immaculate Ink takes the same hard-signed approach but with current and retired players. Platinum parallels are, once again, one-of-ones.

Signature Patches feature current and retired players. Autographs are combined with a premium swatch. Gold and Platinum parallels are numbered to 25 or less. The design is one that’s familiar to other Immaculate releases.

Immaculate may be a newer brand, but it has made a name for itself with some of its memorabilia inserts that focus on notable pieces of gear. New to 2015 Panini Immaculate Collection College Multi-Sport is Chin Straps Autographs. These have a piece of a chin strap from a football helmet that has been signed. Each is numbered to 4 and the checklist has 40 players.

One of the brand’s most recognizable memorabilia inserts, Sneak Peek, carry over to this set. However, instead of coming from game-worn sneakers, these cards use event-worn shoes. The checklist is heavy on NBA rookies.

Tony Gwynn’s first college basketball uniform is featured in Immaculate Authentics (/5). The set has over-sized jersey and patch pieces from many other college legends and pro stars.

Collegiate Helmet Team Logos take a similar approach to headgear but with the decals from a helmet.

Immaculate Quads have memorabilia from four players who attended the same school. Tag versions are numbered to 1. 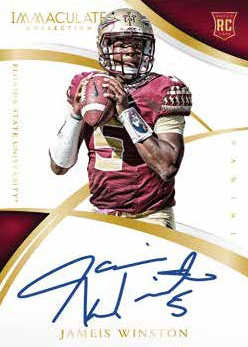 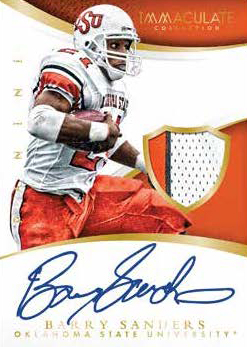 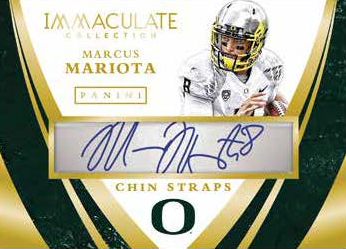 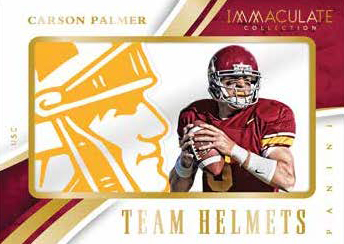 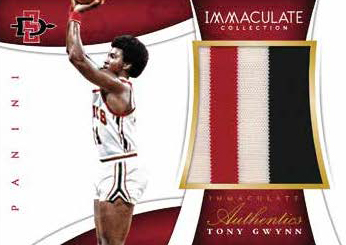 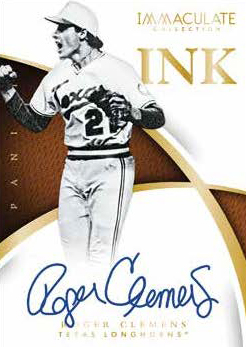 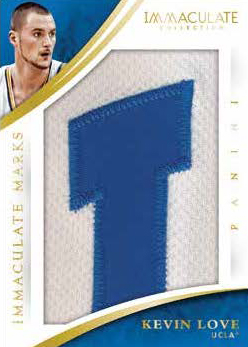 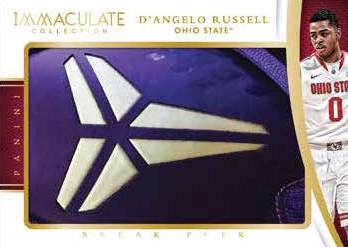 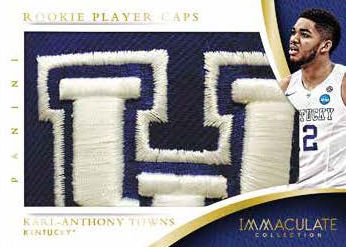