2015 Leaf Trinity Baseball is all about signatures. However, a couple of the names aren’t necessarily known for the sport. Patch, Inscribed and Clear Autographs all return to the all-autograph release.

The majority of players in the set are baseball prospects, draft picks and young international standouts. Yoan Morcada is one of the focal points.

Falling in line with recent Leaf releases, there’s also someone known for a different sport. In the past, Johnny Manziel and Jameis Winston have been in Leaf baseball products. This time, it’s the second pick in the 2015 NHL Draft, Jack Eichel. He’s pictured throwing out the first pitch at a Red Sox game in July. Eichel is a Leaf autograph exclusive.

Kevin Costner gets his first autograph cards that don’t use cut signatures in the release. He was a mystery signer when the set was first announced. Costner’s has had roles in a few baseball movies including Field of Dreams and Bull Durham.

The main autographs in 2015 Leaf Trinity Baseball come in three general designs. After a couple years where not much has changed in the appearance of the product, things have been switched up. It’s not a radical shift but rather making cards that were vertical now horizontal and vice versa.

Trinity Pure Autographs are done on a thick, clear stock that’s a lot like plexiglass. Trinity Patch Autographs come with a large piece from a player-worn jersey. Finally, there’s Trinity Signatures, many of which have inscriptions.

All levels of 2015 Leaf Trinity Baseball have various levels of colored parallels, some of which are numbered as low as 1/1.

2015 Leaf Trinity Baseball at a glance: 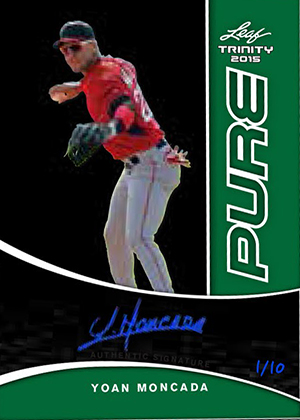 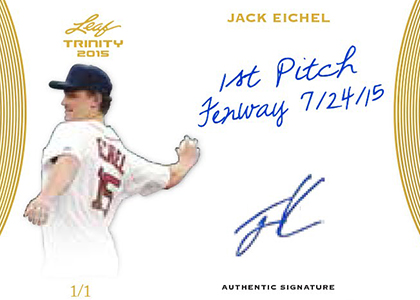 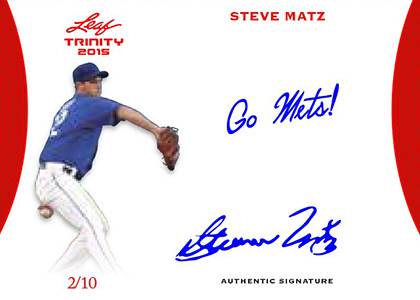 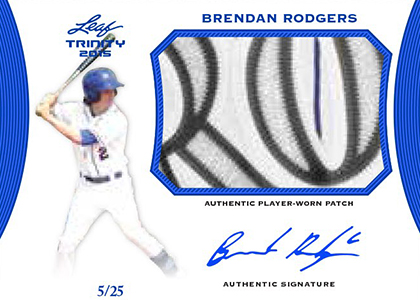 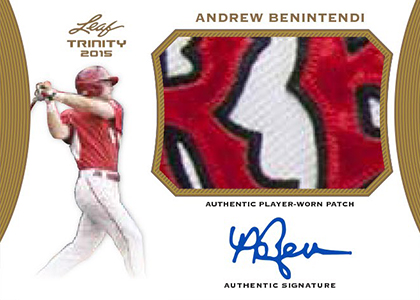 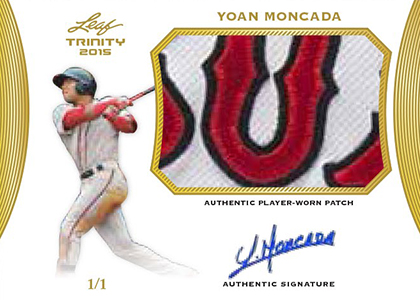