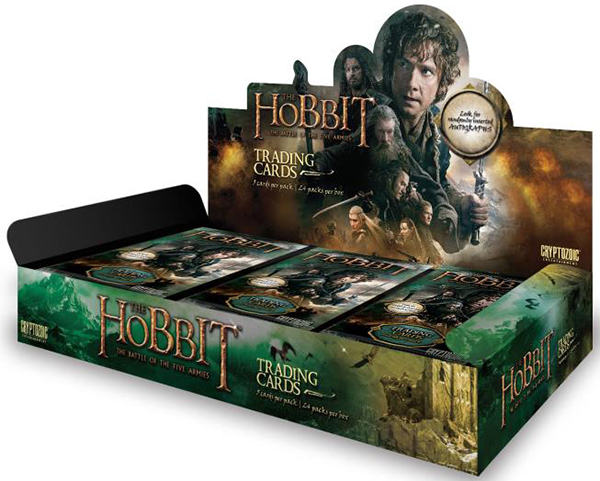 One book, three (long) movies. Peter Jackson’s epic take on The Hobbit has long since wrapped. 2016 Cryptozoic Hobbit: Battle of Five Armies trading cards bring a sense of closure to the trilogy from a hobby perspective. Like the sets for the previous two films, the product offers a rounded look at the Middle Earth adventure. 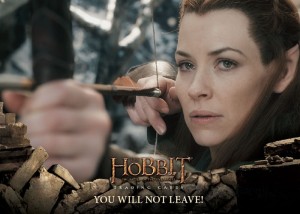 The base set has 90 cards. All come with movie images. Because the trading cards are coming out well after the film’s release, it covers the entire story and uses effects shots that might not have been available if they came out while The Battle of the Five Armies was in theaters.

Base cards and Weapons inserts have a couple of parallels. Foil are the most common, landing 1:6 packs. Canvas cards are one per box. Arkenstone Foil are one-of-ones inserted 1:1,745 packs. Printing Plates (1:398) are also randomly included. 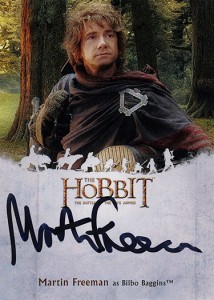 Autographs are inserted one per box. 2016 Cryptozoic Hobbit: Battle of Five Armies does have multiple designs for signed cards. This is in line with The Desolation of Smaug. Signers include Martin Freeman (Bilbo Baggins), director Peter Jackson, Evangeline Lilly (Tauriel), Lee Pace (Thranduil) and composer Howard Shore.

Basic autographs come with a design similar to the previous two Cryptozoic Hobbit sets. Jackson and Shore have Creator Autographs, which use a Middle Earth map as its backdrop.

Rarer signed cards come in the form of Poster Design (/75) and Illustration (/25). These are only available for a small number of signers.

In addition to these are a very limited number of redemptions for signed over-sized cards. One has five signatures while the other has 13.

Fine Art cards feature original artwork. While a lot of sets, including many of Cryptozoic’s own, opt for the sketch card label, the distinction here is the level of the art work. They’re more than a quick doodle or simple drawing. Fine Art cards are inserted approximately 1:3 boxes.

Here’s a list of the artists working on the product:

2016 Cryptozoic Hobbit: Battle of the Five Armies trading cards at a glance: 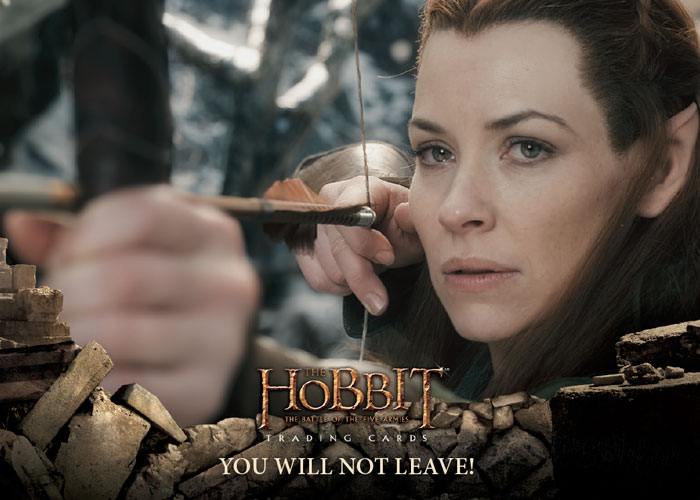 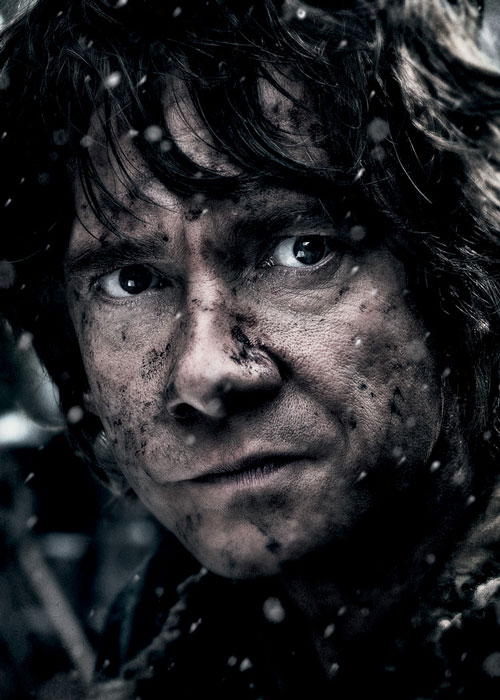 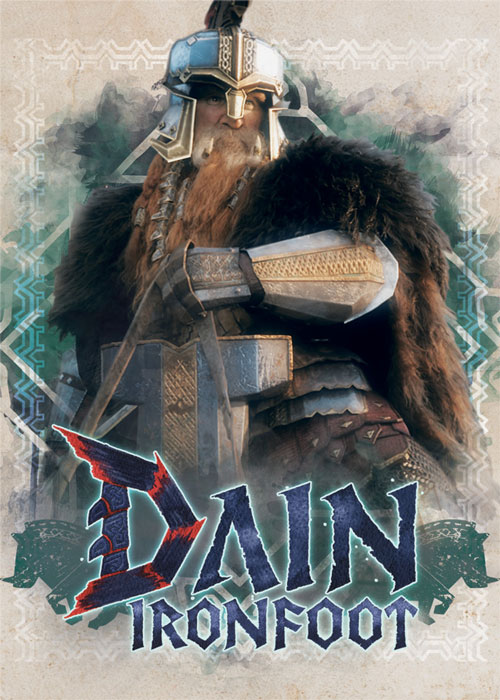 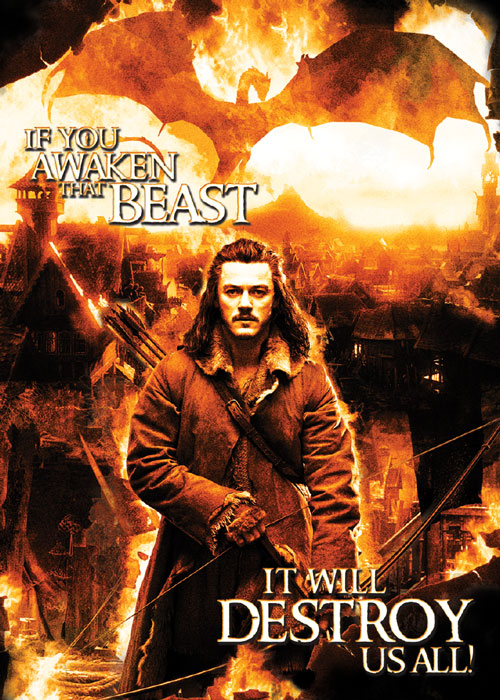 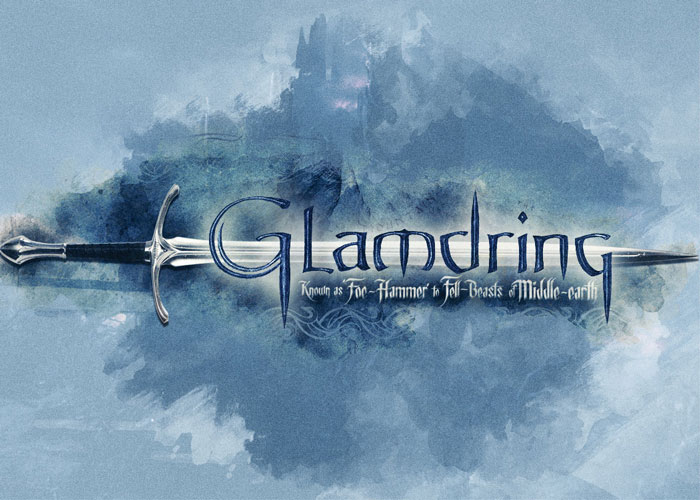 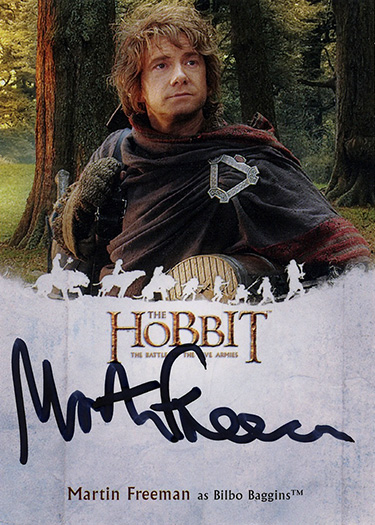 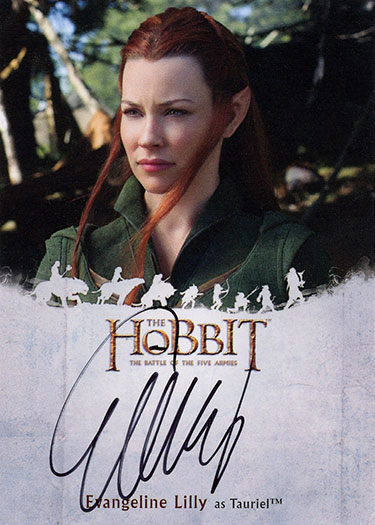 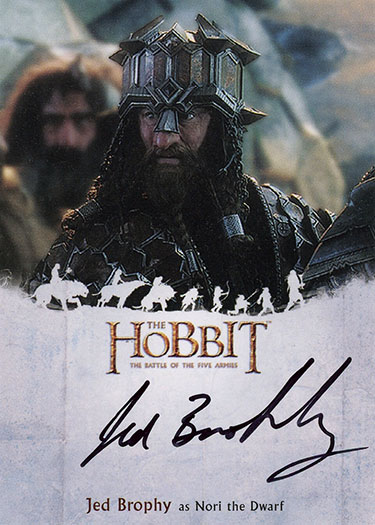 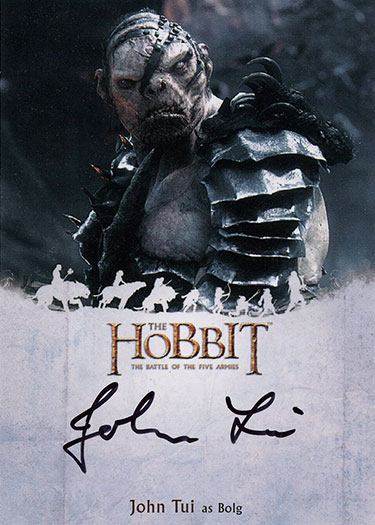 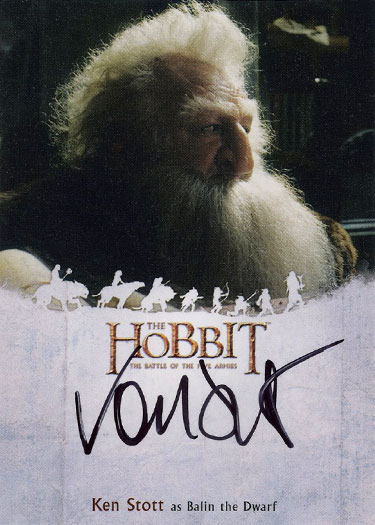 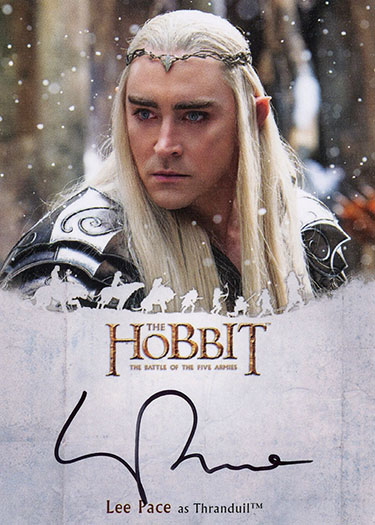 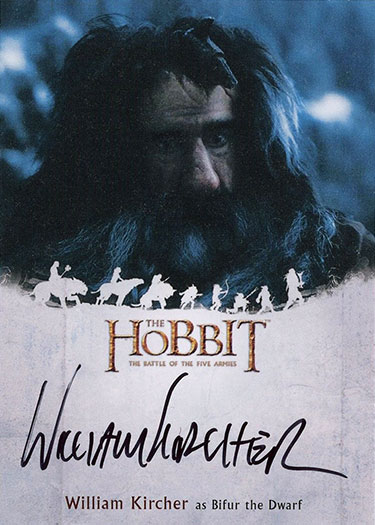 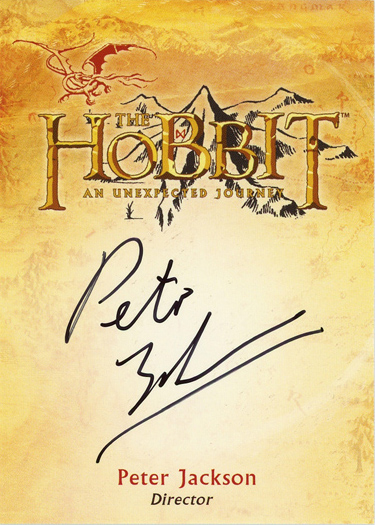 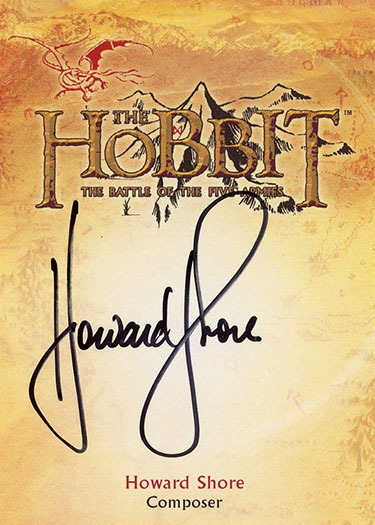 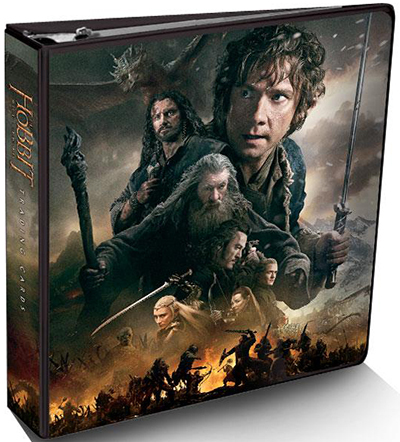