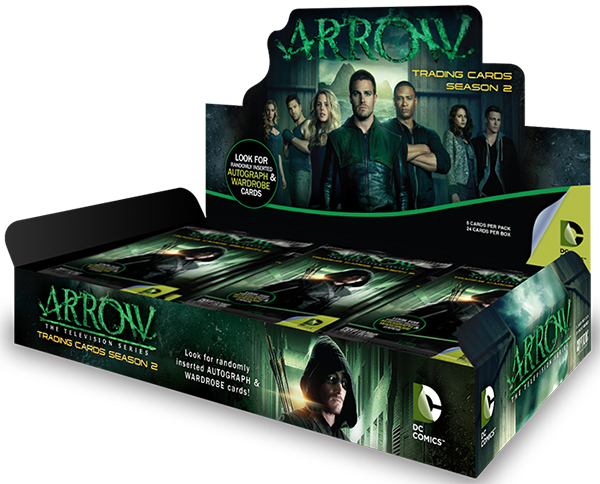 With plenty of bad guys (and gals) making trouble in Starling City, there’s still plenty more to delve into with Oliver Queen and his masked alter ego. 2015 Cryptozoic Arrow Season 2 covers more of those stories and their characters with a configuration that has a familiar mix of base cards and chase elements.

Like the show’s first release, which has proven to be one of the biggest of the year on the entertainment side of the hobby, boxes come with both an autograph and a costume card. 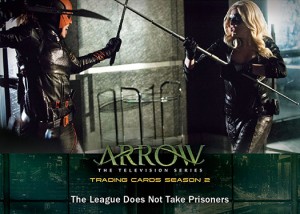 The 2015 Cryptozoic Arrow Season 2 base set has 72 cards. Sticking with the format of other TV-based releases from the manufacturer, they weave together the show’s big moments and focus on major story lines. Base cards also use images taken from the show as opposed to promotional shots.

Currently, no parallels have been announced. 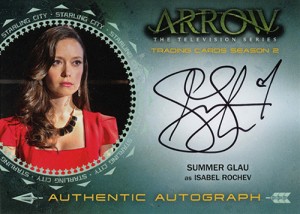 Both autographs and Wardrobe cards are included at a rate of one per 2015 Cryptozoic Arrow Season 2 box.

The design of the signed cards is different than the Season 1 cards. Among the highlights is Summer Glau. She’s known for several shows and films but most noticeably Firefly. Glau has a pair of autographs. The first is as Isabel Roschev. The second sees her put on her mask and become Ravager. 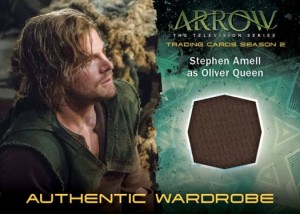 Wardrobe cards have a swatch from a show-used costume embedded in them, much like a jersey card in a sports release. A total of 25 Wardrobe cards are in the set. M25, which features Willa Holland as Thea Queen, is only available with the set’s binder. 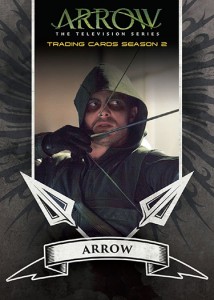 For those looking for a chase element that isn’t on the expensive side, the product also has a couple of basic insert sets. Character Bios (nine cards, 1:4 packs) spotlights the show’s inhabitants and what makes them tick rather than the base cards that show what happens. Suicide Squad (nine cards, 1:4) isn’t a preview of the upcoming film with Margot Robbie and Will Smith. Rather it delves into an episode that came later in the second season. 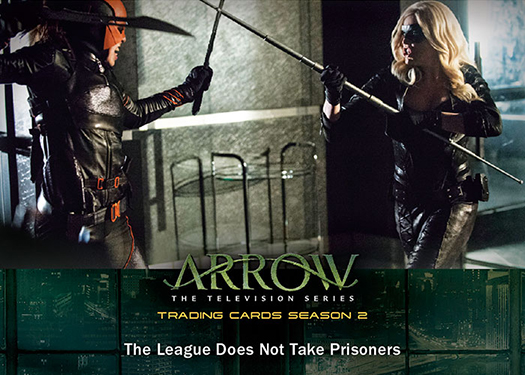 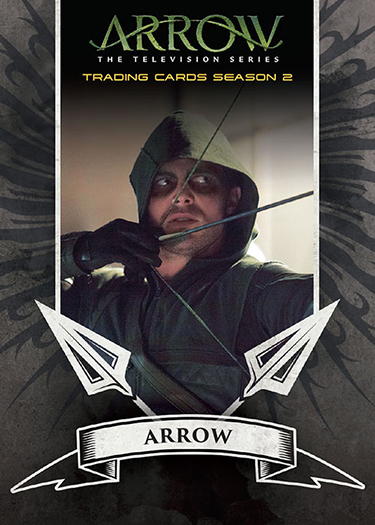 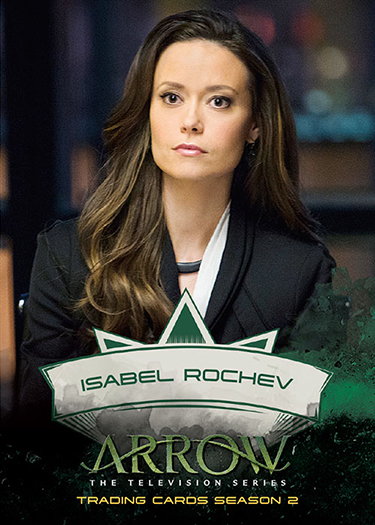 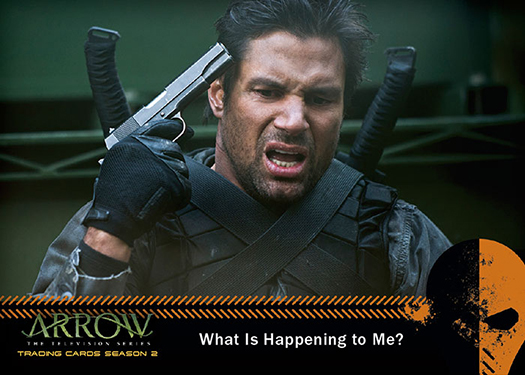 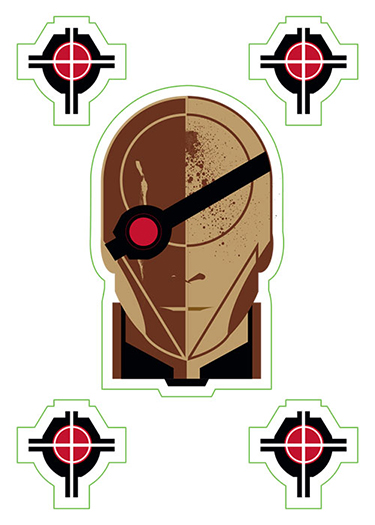 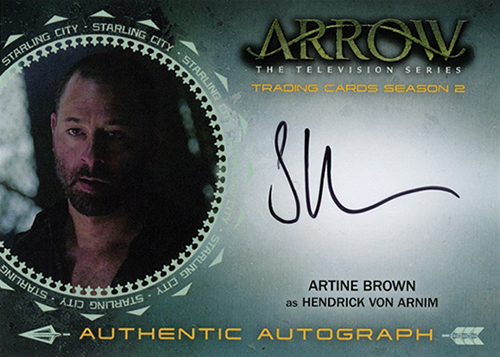 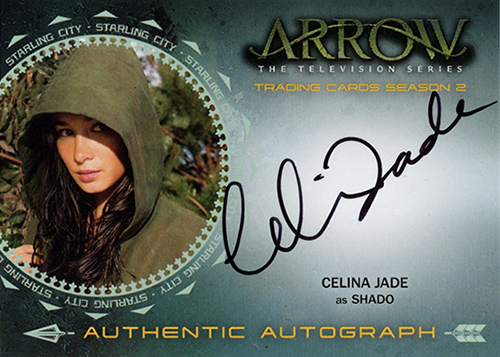 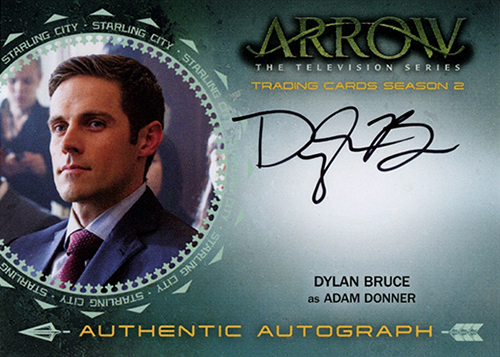 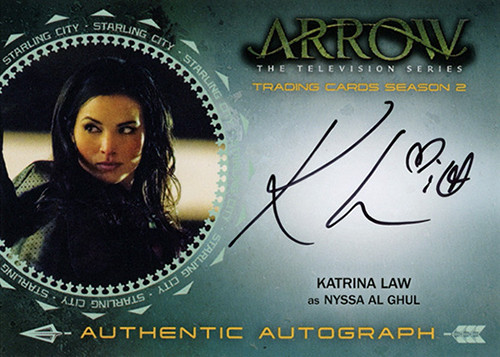 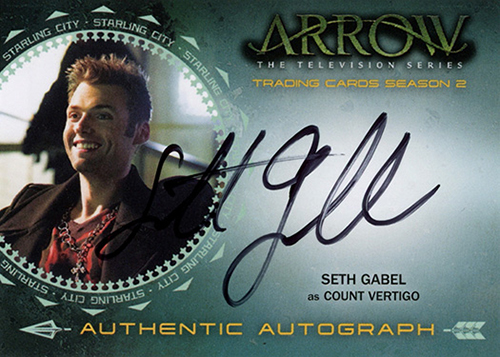 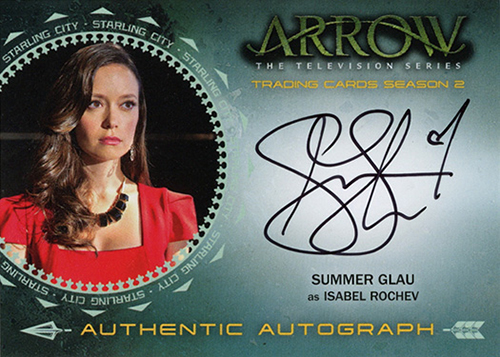 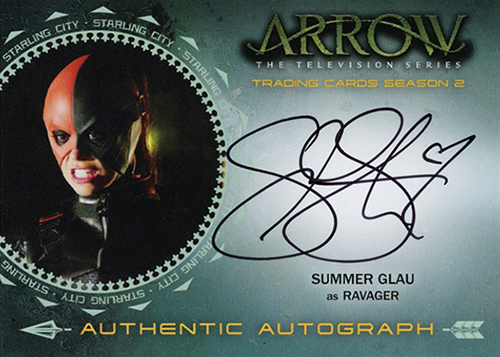 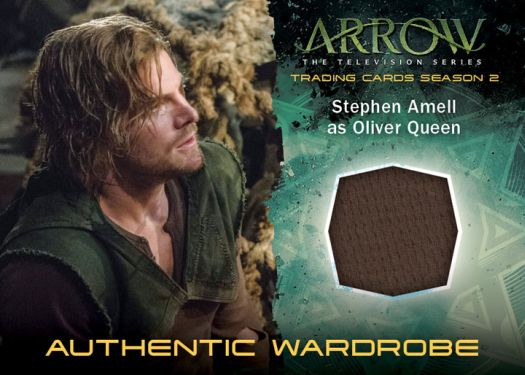 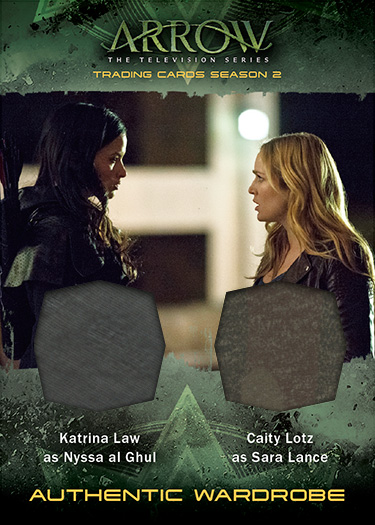 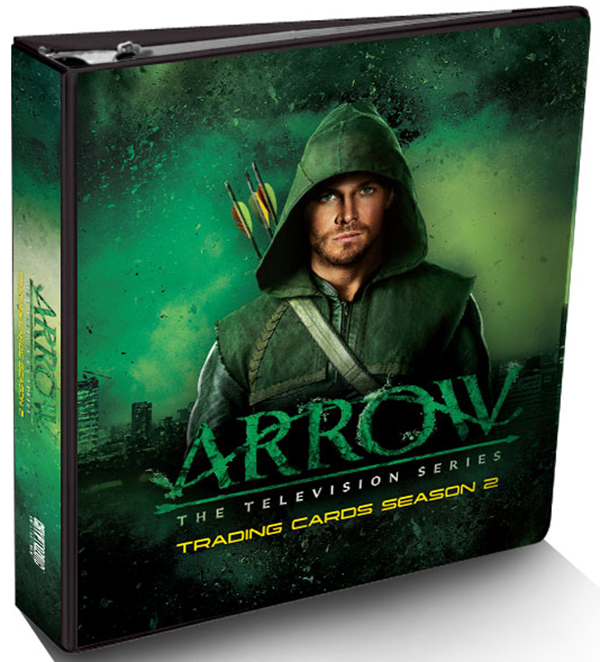