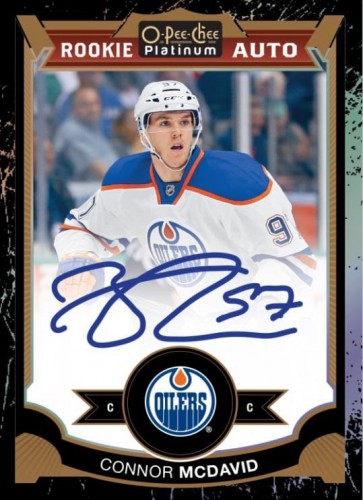 Back for a sophomore effort this season, 2015-16 O-Pee-Chee Platinum Hockey builds on its intriguing debut release with even more rookie and parallel power inside of packs.

Essentially a souped-up and shiny version of the traditional O-Pee-Chee set, there have been some minor changes made in order to satisfy collectors and certainly attract those who may have been reluctant to break some packs last year. The strong freshman crop in 2015-16 and on-card autographs are a couple of the primary focuses in 2015-16 O-Pee-Chee Platinum Hockey. 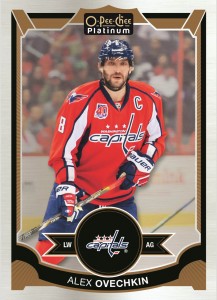 Like last year, there are 150 veteran players that are part of the 2015-16 O-Pee-Chee Platinum Hockey base set. A new twist has been added with 10 Legends of the Game and 30 Marquee Rookies. The smaller rookie card subset is an interesting idea as player selection is bound to be stronger and the set itself be smaller by 10 cards compared to 2014-15.

This release is truly the home of parallel madness as player collectors are sure to either cheer or curse the name of 2015-16 O-Pee-Chee Platinum Hockey. The chase begins with the Rainbow (1:5 for vets and rookies, 1:40 for Legends) and Traxx cards (1:10 and 1:160).

O-Pee-Chee Platinum Retro is back again this season, but this time, the design mimics that of the Retro cards packaged in the conventional O-Pee-Chee release instead of having a unique design of its own. A relatively easy pull at 1:5 packs, these cards have four different parallel editions called Rainbow (1:20), Gold Rainbow (/149), Orange Rainbow (/49), and Red Rainbow (/15). This is a partial parallel of the base set and there are 100 cards to collect. Upper Deck has also added a signed Blue Rainbow version to the mix with Rookie Retro Autos (1:200) and Legends & Vets Retro Autos (1:700). 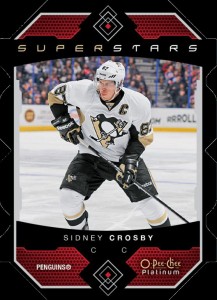 There are three different insert collections that have been announced for 2015-16 O-Pee-Chee Platinum Hockey and all of them are die-cuts. The easiest to pull are Team Logos (1:9) while Superstars are a bit more difficult to find at 1:37 packs. Trophied Talent (1:66) examines several award-winning players and it will be a greater challenge to locate them. While they combine to fall about three times per box, there are incredibly scarce autographed editions as well (Team Logos are 1:1,400, Superstars are 1:2,600, and Trophied Talents are 1:4,700). 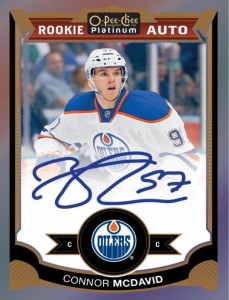 The main focus of the autograph program here is, of course, Connor McDavid. By the time the product is released, he will be back in action for the Edmonton Oilers and there are likely to be several other Rookie Signatures that will be in demand. Collectors are certainly hoping to see some big names like Max Domi, Artemi Panarin, and Nikolaj Ehlers here, but they should remember that Jack Eichel will not be a part of this collection. 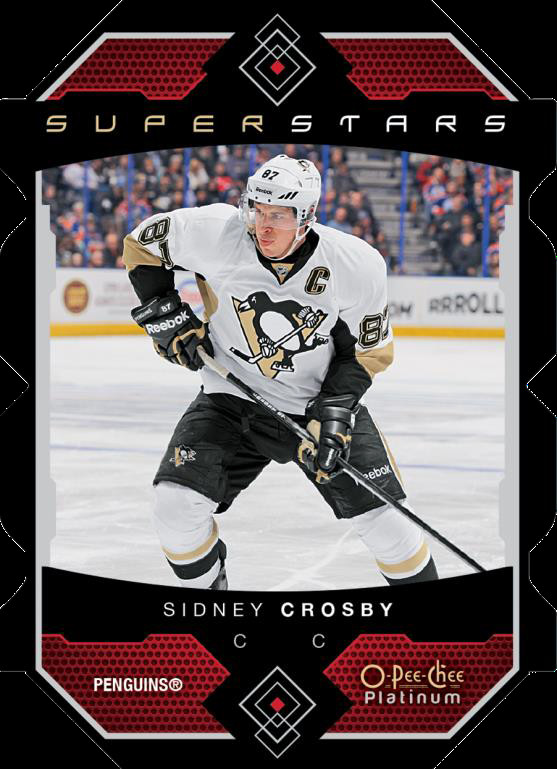 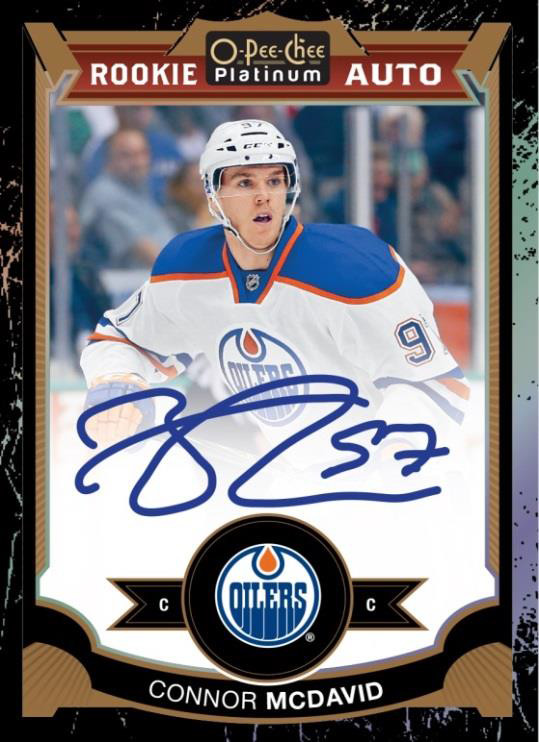 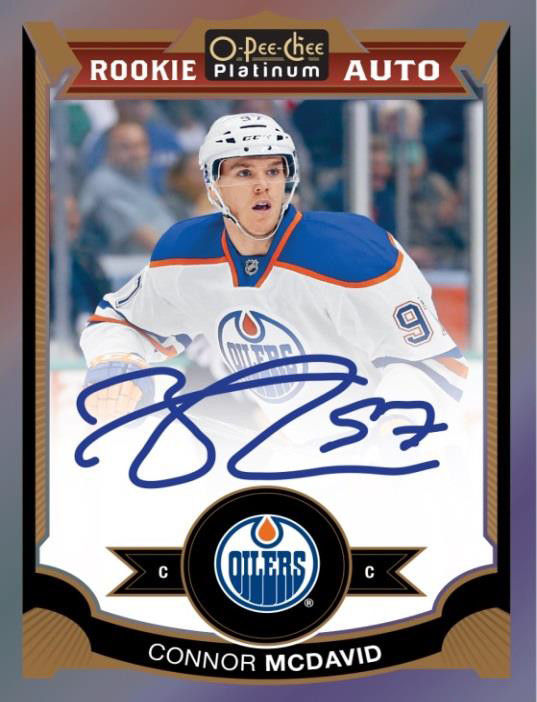 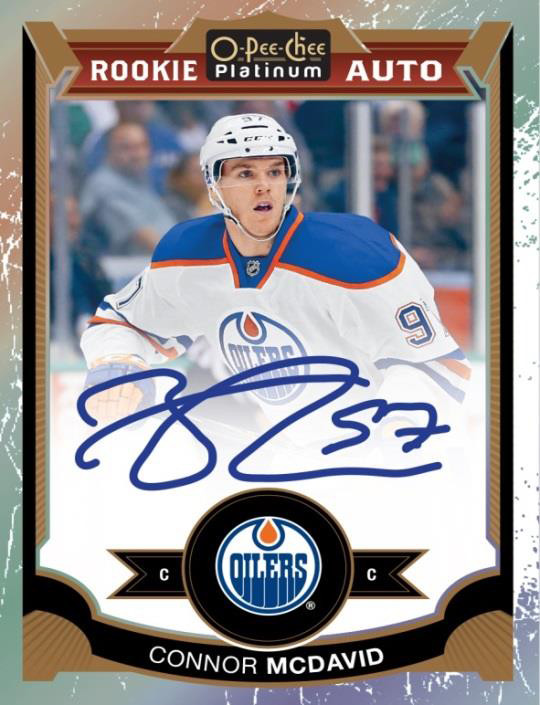 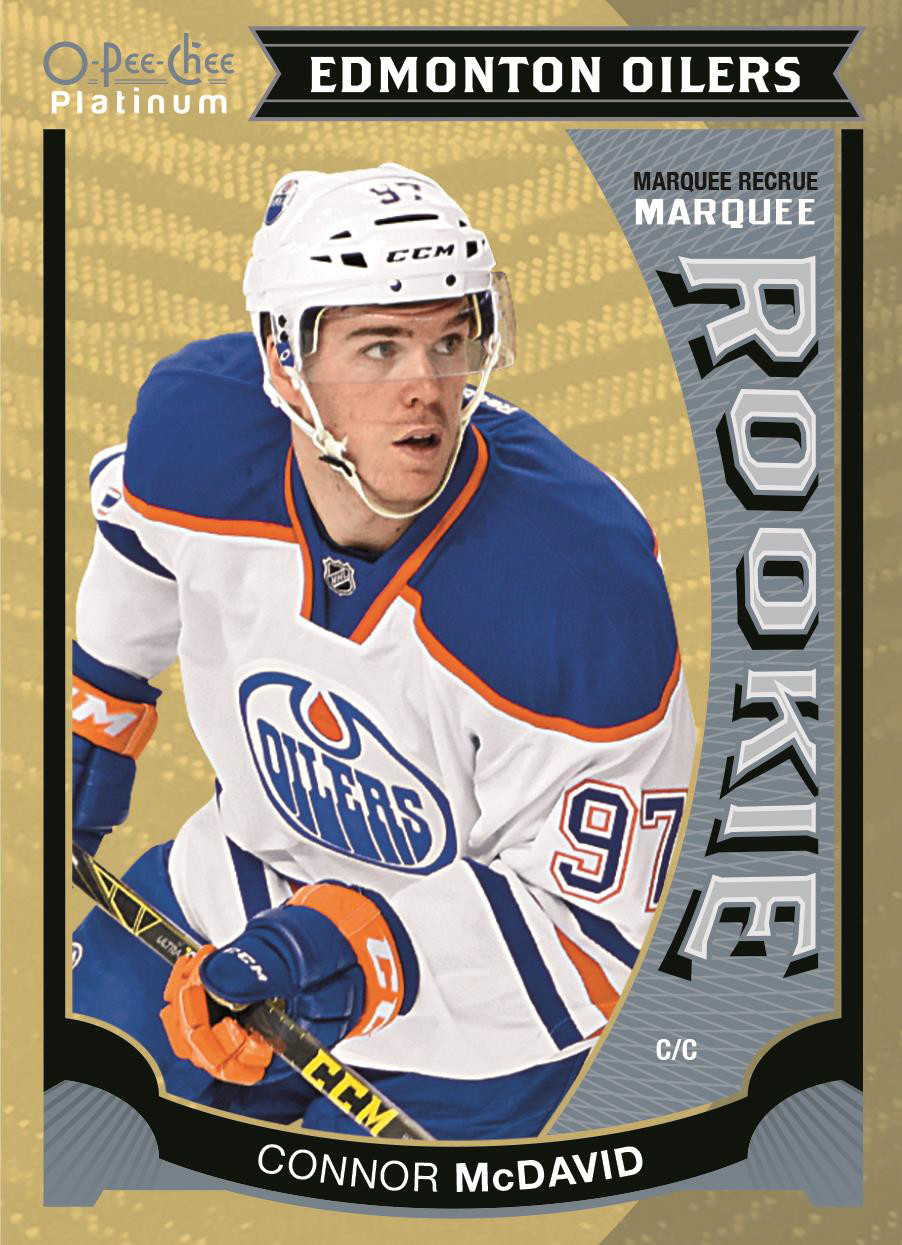 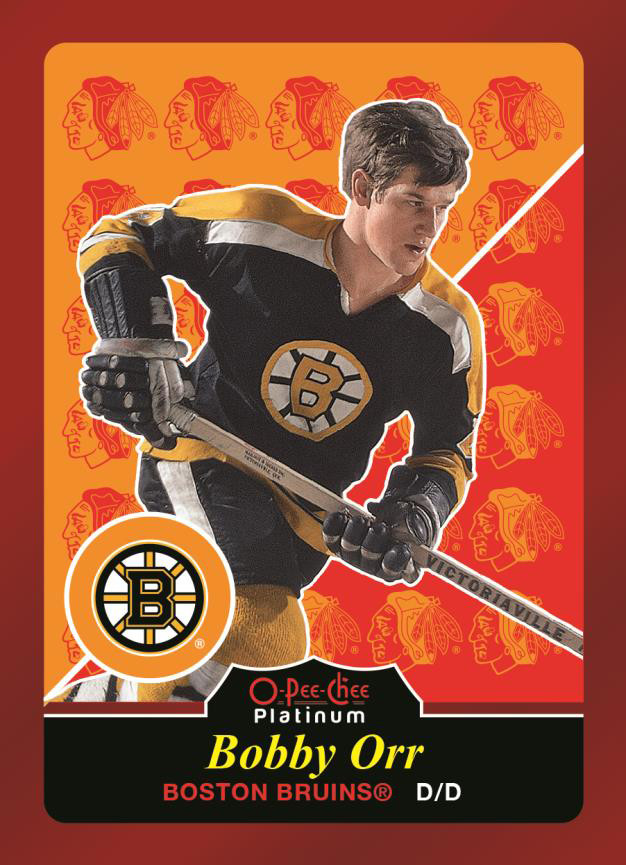 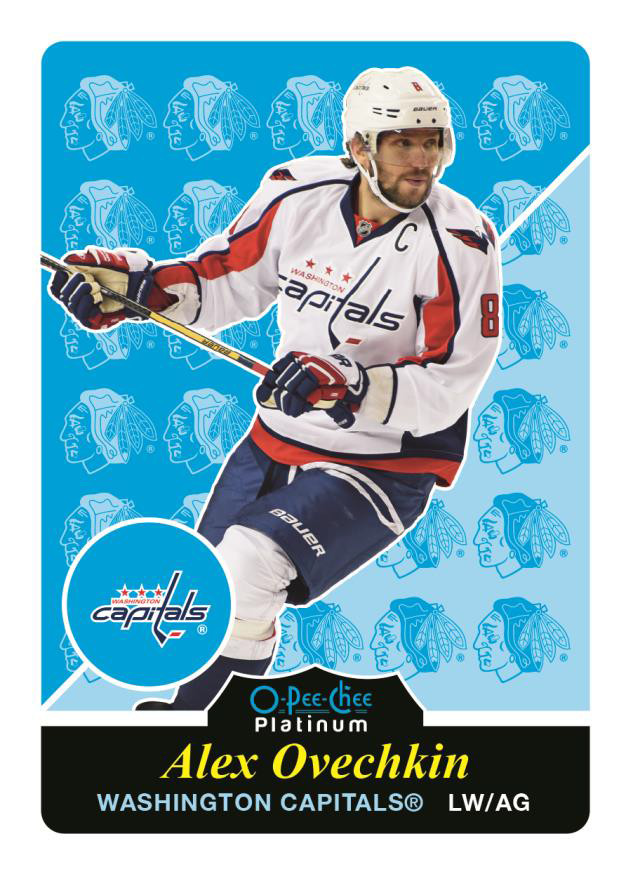 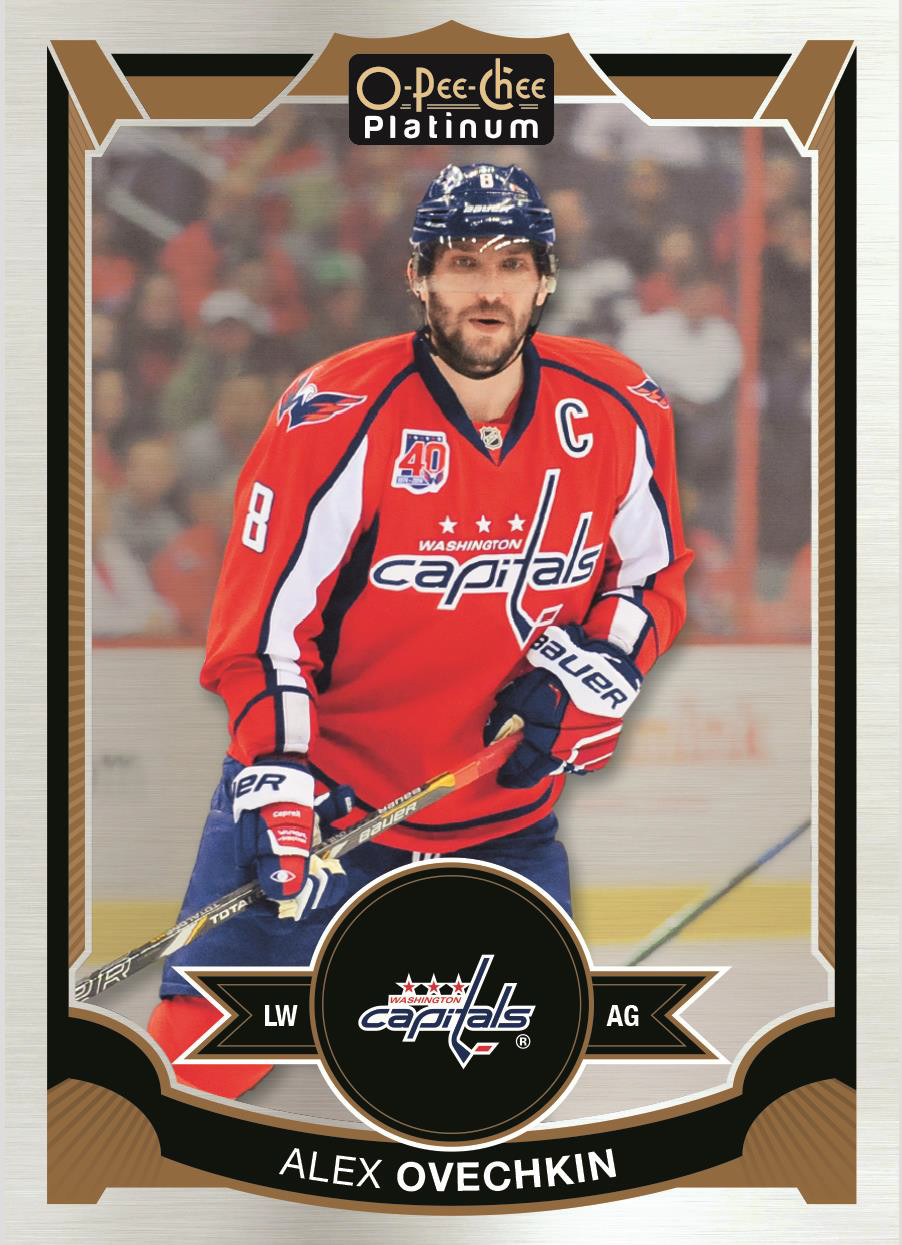 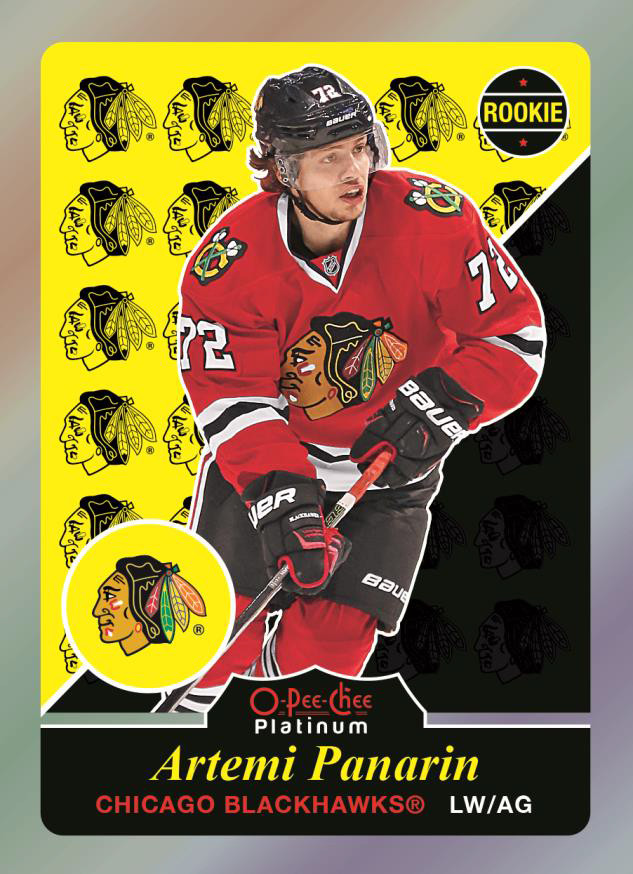 Kobe Bryant announces retirement – but will ...