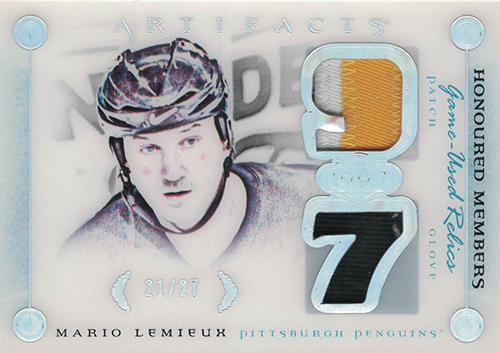 Every once in a while a set comes along that captures your attention. As far as early hockey sets go, 2015-16 Artifacts Honoured Members fits that bill. It’s attractive, tough to find, has a strong checklist and features all autographs and memorabilia.

And it’s going to continue for a couple more years.

“It’s intended as a three-year program with around 30 new cards per year,” said Upper Deck’s Grant Sandground. “The design will remain consistent, but no player will be repeated within the respective facets of the program — relics, signatures and cut signatures. For example, Wayne Gretzky was featured as an Oiler on a relics card this year. You won’t see another Gretzky relics card issued, but you might see a Gretzky Kings signature card.”

Every player in the Honoured Members insert set is a hockey Hall of Famer. The first batchof Honoured Members Relics, which can be found in 2015-16 Upper Deck Artifacts Hockey, features 27 players. These have a pair of memorabilia pieces, often with multiple colors or premium pieces.

Honored Members Signatures all have on-card signatures. There’s a bit of overlap in the five-card checklist with players in the memorabilia portion, but there are also some different names like Patrick Roy and Bobby Orr.

Cut signatures from six deceased legends round out the initial offering. Just one of these were made for each player.

And while the content is strong, there are lots of inserts out there that achieve this. What makes the 2015-16 Artifacts Honoured Members stand out even further is the look.

Honoured Members cards printed with an acetate surface with foil accents. Player portraits have been filtered to make things pop a little more.

“Response has been extremely positive. Collectors are loving the high-end design elements,” said Sandground. “The cards were inspired by the plaques featured in the Great Hall of the Hockey Hall of Fame and the result has been a nice, clean look that really accentuates the player image and the memorabilia pieces.”

While it would be easy to make this a multi-brand release, Honoured Members is going to stay exclusive to Artifacts. Additions to the checklist will come in 2016-17 and 2017-18.

Want to know what 2015-16 Artifacts Honoured Members cards are worth? You can check out the set in the Beckett Hockey Card Price Guide. 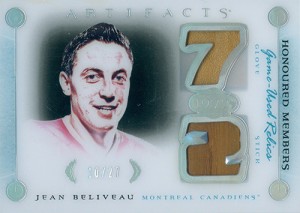 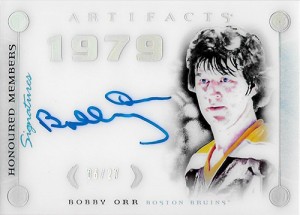 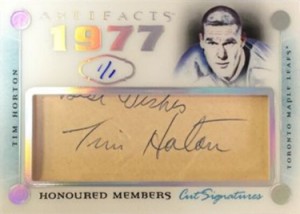 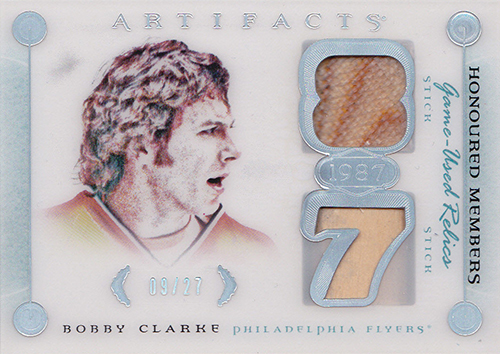 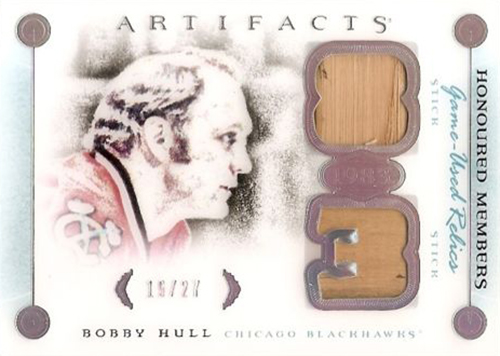 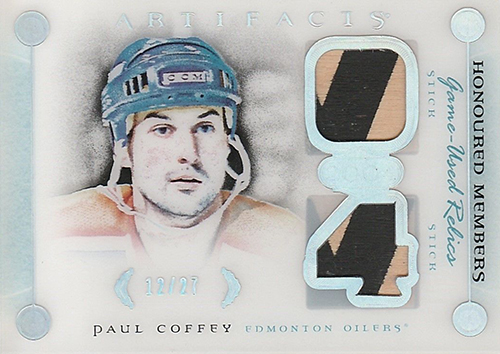 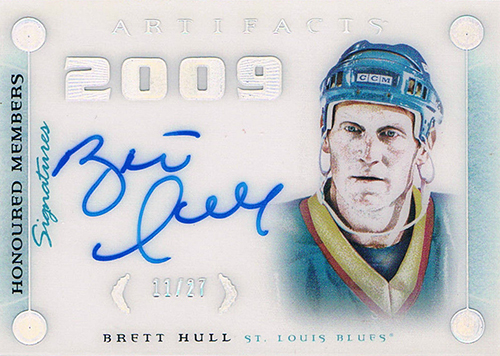 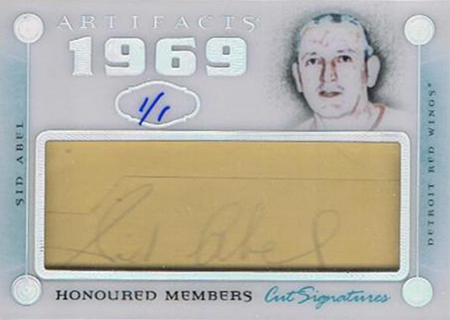