Autograph cards of some of football’s greats will be packed out in a new product next week.

Each box will contain five buyback autographed football cards with each card authenticated by PSA or JSA.

Only 60 10-box cases will be created. The checklist includes Hall of Famers, and current and former stars such as Johnny Unitas, Roger Staubach, Jim Brown, Dan Marino and Jerry Rice.

“We are committed to our customers and Leaf’s Ink Football is a great, value-driven product,” said Leaf President Brian Gray in a release. “It will pack out on time and be in dealers’ hands during the middle of next week.” 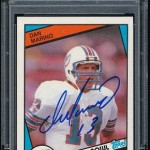 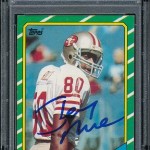 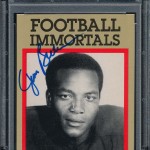