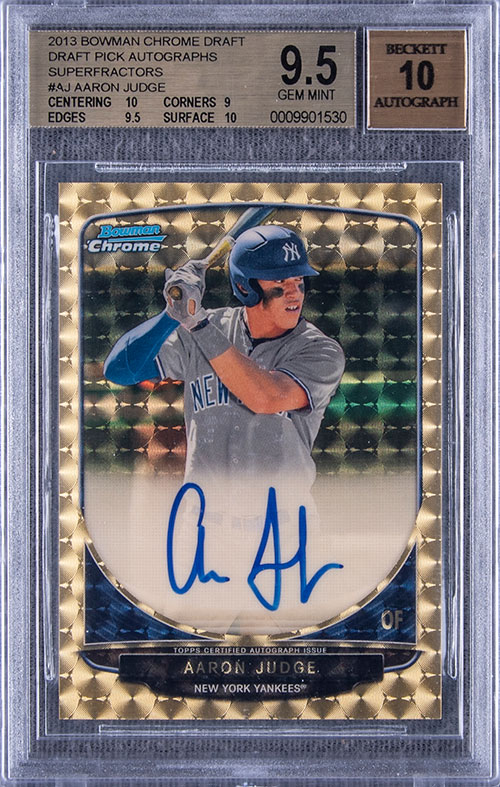 The Superfractor is the one-of-a-kind version of what’s widely considered to be Judge’s top card. It’s also the slugger’s first MLB autograph card and predates his traditional Rookie Cards by more than three years. 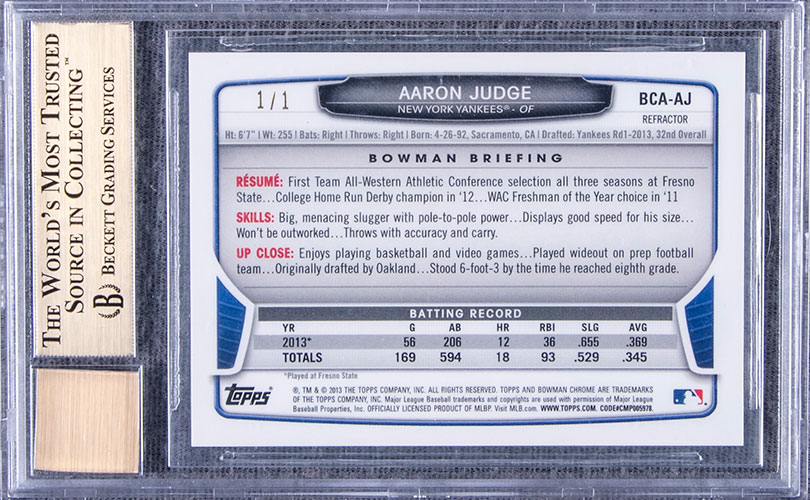 The card has a grade of Gem Mint 9.5 by Beckett Grading with a 10 for the autograph. It has sub-grades of 10 for both Centering and Surface, 9.5 for Edges and 9 for Corners.

This isn’t the only high-profile Bowman Superfractor autograph of an established baseball superstar to sell for six figures recently. In May, the 2010 Bowman Chrome Draft Francisco Lindor sold for $102,000 through Heritage Auctions. The Christian Yelich Superfractor from the same set went for $111,000.