The records continue to fall for modern sports cards. A one-of-one 2013-14 Panini National Treasures Giannis Antetokounmpo Logoman Autograph sold for $1,857,300 through Goldin Auctions on Sunday, September 20. The price, which includes the buyer’s premium, sets a new high for a basketball card. 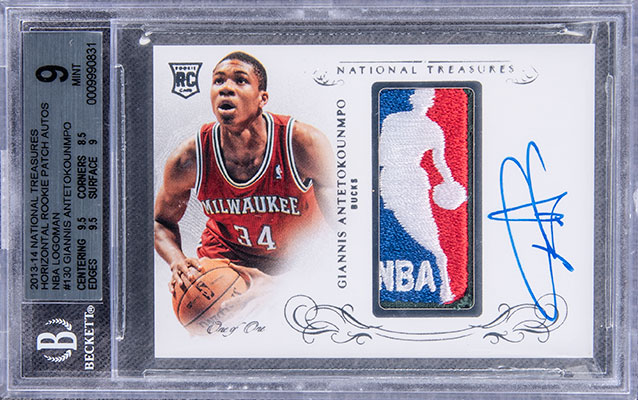 That bests the $1,800,000 a 2003-04 Upper Deck Exquisite Rookie Patch Autograph LeBron James card that sold this past July, also from a Goldin sale.

Logoman Autographs are considered by many to be the best-of-the-best when it comes to modern basketball cards. For Antetokounmpo, it’s his only one in 2013-14 Panini National Treasures Basketball. This particular one is also numbered as a parallel to his most coveted Rookie Card. 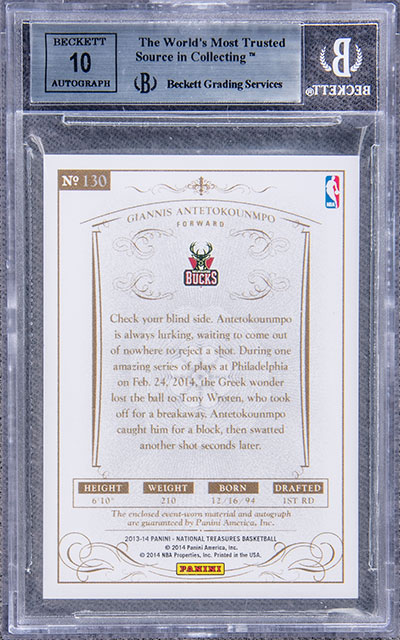 Antetokounmpo has another one in 2013-14 Immaculate Collection as well as four booklets where he’s paired with other players. However, none of the other rookie he’s with on these are stars.

The 2013-14 Panini National Treasures Giannis Antetokounmpo Logoman Autograph is graded a Mint 9 by BGS with a 10 for the signature. Subgrades are 9.5 for centering and edges, 9 for surface and 8.5 for corners.