You know that one track that’s never mentioned, or just subtly hinted at in the liner notes? You think the music is over and you’re about to loop back to the first song, and then — BOOM! — another song!

Just as we thought we had seen a preview for the company’s National Treasures grand finale, a “high-end, booklet-based” encore is apparently upon us. Mysteriously teased in an early-January Panini photo gallery, the brand new brand has now been confirmed and slated for an April 4 release date.

In the interest of demystifying the mystery, Panini presented the subset specifics and a few more facts today.

Headlined by hinged cardboard, Panini Playbook offers at least two non-base booklet components including Chronicle Signature Booklets (featuring as many as eight autographs, numbered to 10 or less) and Playbook Materials Booklets (with as many as eight pieces of game-worn memorabilia, numbered to 49 or less). Accolades Signatures and Limited Edition Materials cards come numbered to 49 or less and respectively highlight football’s past and present with autographs and memorabilia.

2011 Panini Playbook by the numbers 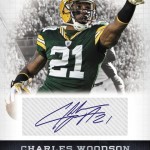 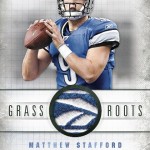 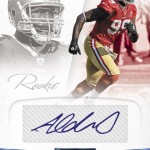 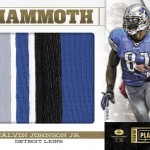 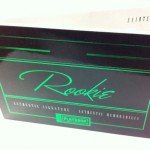 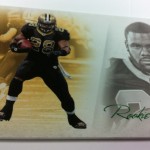 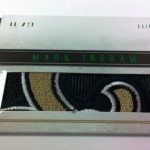 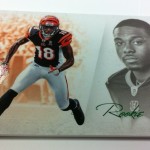 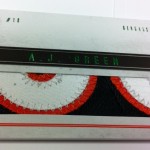 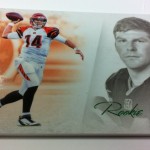 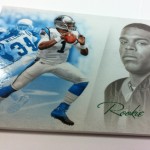 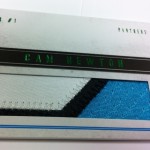 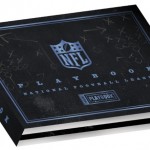 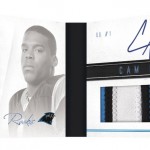 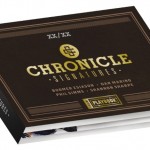 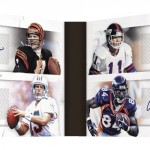 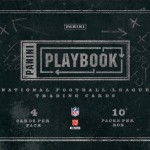 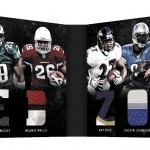 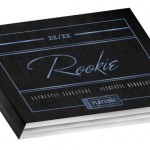