The auction ended later than planned, but that didn’t stop the record prices. A 2009 Bowman Chrome Draft Mike Trout Red Refractor Autograph sold for more than $900,000 on May 20 as part of Goldin Auctions’ Spring 2020 Premium Auction. 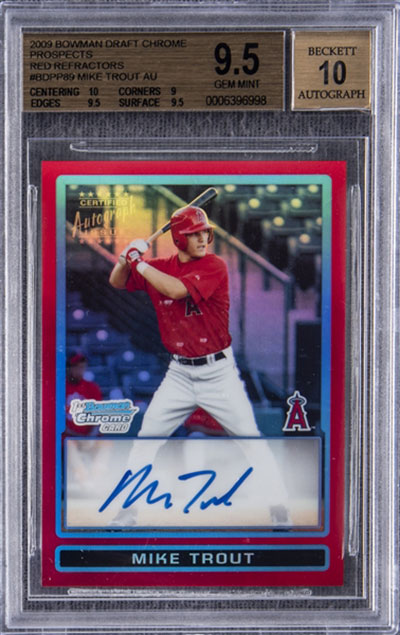 With five copies, the Red Refractor is the second rarest version of Trout’s top card (this particular card is 5/5). 2009 Bowman Chrome Draft has his first autograph in a MLB uniform.

This copy of the card has a Gem Mint 9.5 grade from Beckett Grading. The signature received a grade of 10.

Originally scheduled to end on May 16, server issues led to Goldin’s Spring 2020 Premium Auction being put on pause. Bidding was split into three sessions ending on May 20, 21 and 23 respectively. The two Trout cards were both part of the first.

Why Sports Card Supplies Are Currently in ...