Update: The deal is done and the card is sold. Here’s an interview with the new owner.

Simply put, the 2009 Bowman Chrome Draft Mike Trout Superfractor autograph has to be one of the most coveted of all modern sports cards. When you see massive bounties thrown around for rookies, one has to wonder what Trout’s Superfractor might command?

We may have an answer. And it’s a big one. 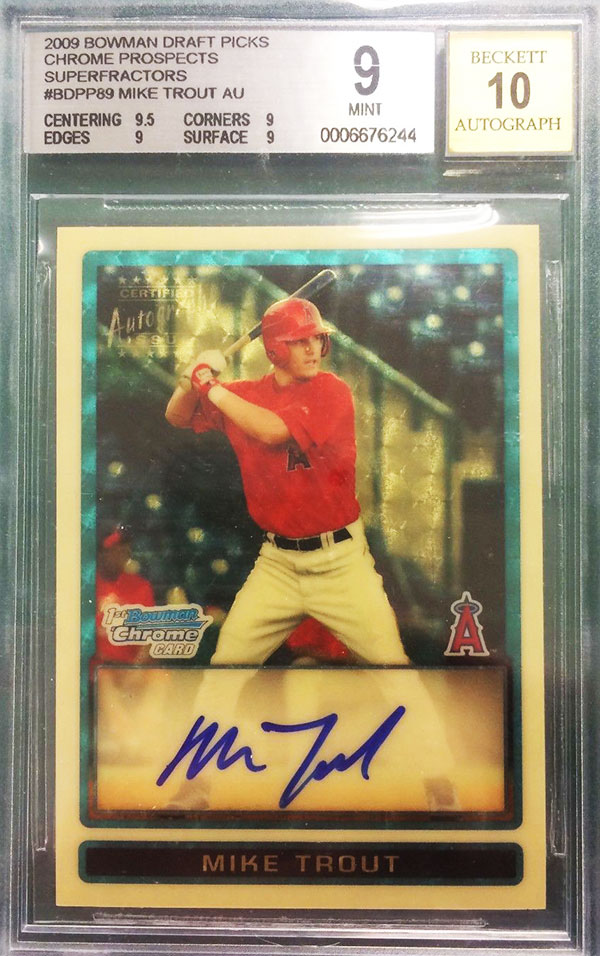 The card had been sitting on eBay with a $500,000 asking price. It’s now marked as sold. Now eBay doesn’t display accepted offers. But a look on SortsOf shows that the sale price was $400,000.

Like any massive eBay sale, there’s often a caveat of whether the sale is completed. Sometimes items are marked as sold and the buyer backs out. Or something else goes sideways. But, as of yet, the 2009 Bowman Chrome Draft Mike Trout Superfractor autograph hasn’t been relisted.

We’ve reached out to the seller, who is based in Taiwan, to see if the sale was completed but haven’t heard back as of yet.

The card itself comes with an overall BGS 9 Mint grade. All of the subgrades are 9 except for Centering, which is a 9.5. The autograph has a grade of 10.

When the 2009 Bowman Draft first came out, Superfractors weren’t at the same level as they are now. It wasn’t until the Stephen Strasburg came out in 2010 that the one-of-a-kind parallels really caught on. Today, they’re often considered to be the card when it comes to baseball.

The Superfractor is a parallel of Trout’s first Bowman Chrome autograph. Along with his 2011 Topps Update, it’s one of the most iconic Mike Trout cards out there. 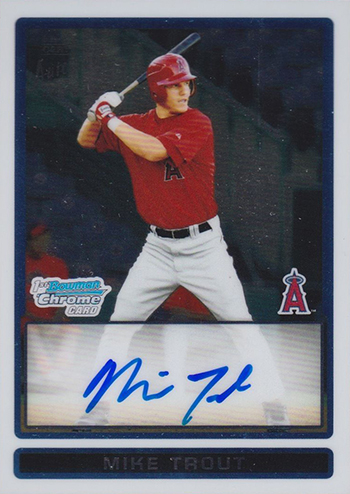 At this point, there’s no definitive answer that the 2009 Bowman Chrome Draft Mike Trout Superfractor autograph is a $400,000 card. A couple of years ago, it had been listed for $500,000 under a different seller. But signs are suggesting that a sale may have actually occurred this time around.

We’ll update with any further developments should they come along.