When you’re a quarterback set to appear in your ninth Super Bowl, your football cards fetch big prices. A 2000 Playoff Contenders Championship Ticket Tom Brady sold for $61,100 on eBay on January 24. 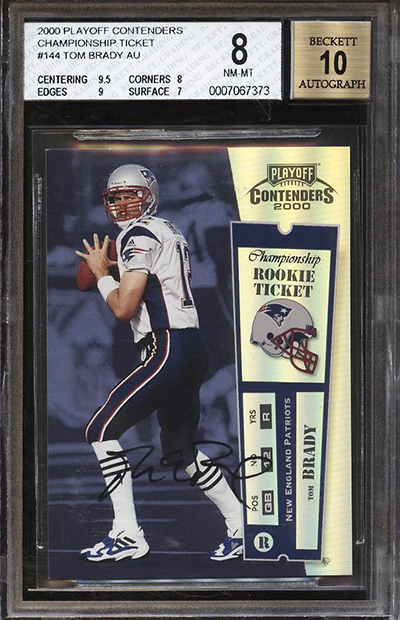 Limited to 100 copies, this is the lone parallel version of the most coveted Tom Brady Rookie Card. This particular card is copy 005/100. 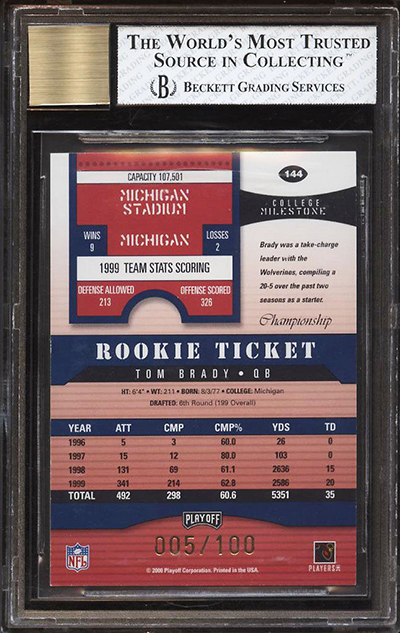 The card is graded NM-MT 8 with a 10 for the signature by BGS. Between BGS and PSA, the 2000 Playoff Contenders Championship Ticket Tom Brady hasn’t been given a grade higher than a Mint 9. At the time of the auction, there were 24 BGS 8s, 25 BGS 8.5s and seven BGS 9 copies. From PSA, there were 11 NM-MT 8s and just one Mint 9.

Like the base version, the Championship Ticket parallel includes Brady’s signature. Besides the serial number on the back, these scarce versions have holofoil on them as well.

The card was sold through eBay consignor PWCC. It received 78 bids from 39 different bidders.