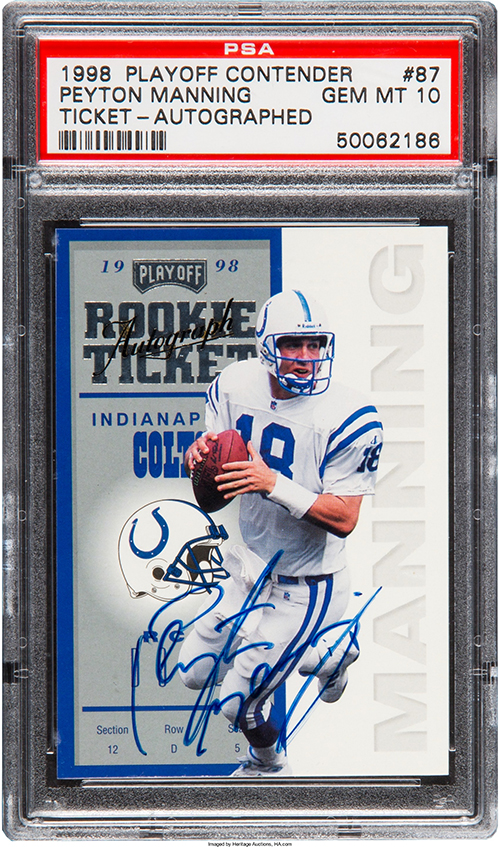 The 1998 Playoff Contenders Peyton Manning autograph is a classic among modern sports cards. Like other classic cards, it can fetch some astounding prices.

Including the buyer’s premium, the current price for the 19-year-old card sits at $43,200. Bidding doesn’t close until February 25. 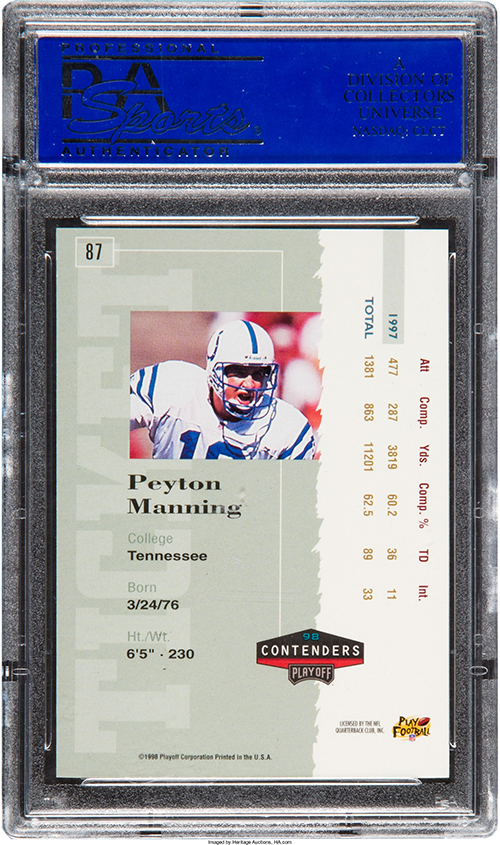 Just six copies of the 1998 Contenders Peyton Manning autograph have been graded a 10 by PSA versus 15 that have gotten a 9. Only one BGS 9.5 copy of the card currently exists along with 16 graded BGS 9.

Although not numbered, the Manning card has a print run of 200 copies so it’s not exactly plentiful by any measure.

And while a early bid this high may seem astounding, don’t be surprised if it continues to rise. Heritage sold another PSA 10 1998 Playoff Contenders Peyton Manning autograph in November, 2016 for $52,580 (including the buyer’s premium).

1998 Playoff Contenders Football introduced the Rookie Ticket Autograph concept, which remains one of the most popular and recognized in the hobby still today. Besides Manning, Randy Moss is also included on the checklist.