There’s signed relics and then there’s the 1997-98 Upper Deck Game Jerseys Michael Jordan autograph. A copy of the landmark card sold came close to six figures, closing at $94,630 on eBay. 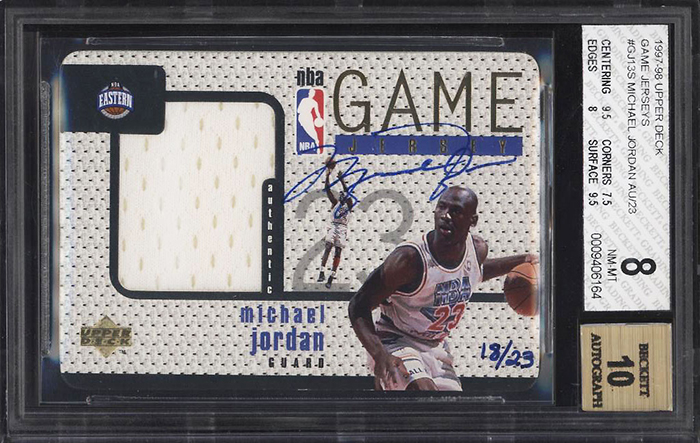 The card is notable for several reasons. 1997-98 Upper Deck Game Jerseys are the first basketball cards to come with game-worn jersey swatches, a trend that is still a driver in the hobby today. More than 20 players have cards in the tough set with cards landing 1:2,500 packs of 1997-98 Upper Deck Series 1 and Series 2.

Michael Jordan is the only player in the set to have a signed and numbered version. Randomly falling in Series 2 packs, it has just 23 copies. 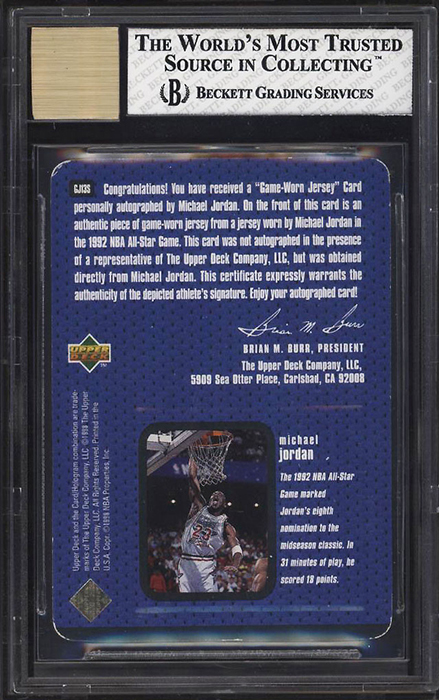 Jordan also has a regular jersey card on the checklist. While still iconic, it’s not on the same level as this one.

This particular copy of the card has a grade of NM-MT BGS 8 with a 10 for the signature. Both centering and surface have 9.5 subgrades. Edges are an 8 and corners are a 7.5.

A total of five copies of the card have BGS 8 grades and only one higher, which is an 8.5.