The popular, hard-to-pull 1997-98 Metal Universe Precious Metal Gems Red cards have been on fire of late. This was headlined by a Michael Jordan PSA 6.5 copy that sold on March 20 for $63,100. In addition to the Jordan, other big-name player PMGs surfaced on the market recently, also selling for record high values.

Precious Metal Gems debuted in Duncan’s first season, and this rookie parallel is definitely one of the key cards of the set. Fifteen of the 90 copies have been graded by BGS, all in the NM+ to Mint range, which isn’t too bad for a card from this condition-sensitive set. 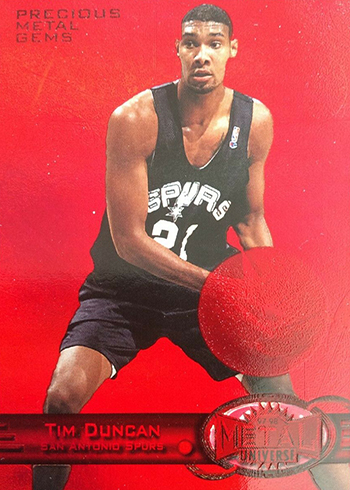 The benefits of grading are demonstrated here, as no recorded raw sale has topped the $1,500 mark. The subgrades say it all as the corner and edge chipping, typical of this set, prevent any mark higher than a NM-MT. This is still a strong grade for these fragile foil cards. 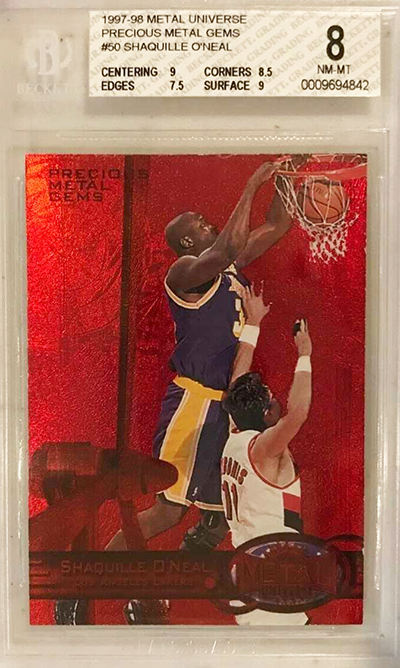 This sale is an example of what is happening with star player PMGs in general as the upward market trend has prices shooting past the $1,000 mark. The last recorded sale of this second-year Nash parallel was around $500. 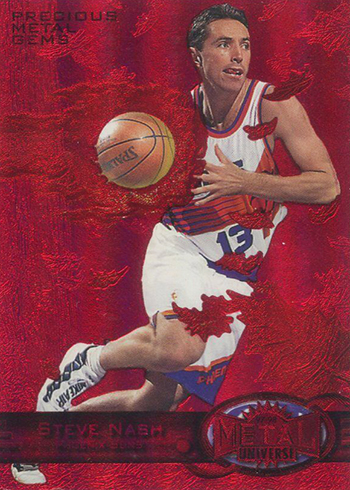