The set takes a tallboy format, one popular at the time with the similar Star Wars Widevision line. Cards measure 4 5/8 by 2 1/2 inches. The idea was that with the larger format, the trading cards were better able to recreate what appeared on the big screen. Basically, none of the action is cropped.

The 1996 Topps Independence Day Widevision base set has 72 cards. It comes in sections. For starters, there’s a handful of character cards to cover the impressive cast. But rather than giving Will Smith, Jeff Goldblum and company individual cards, most of these squeeze three characters on the front. 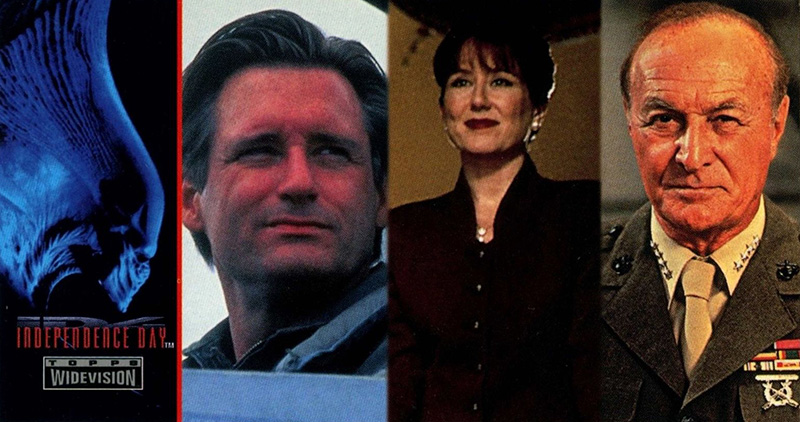 From there, the checklist gives way to a recap of the movie’s action, following along chronologically by day. This mimics the film’s approach. 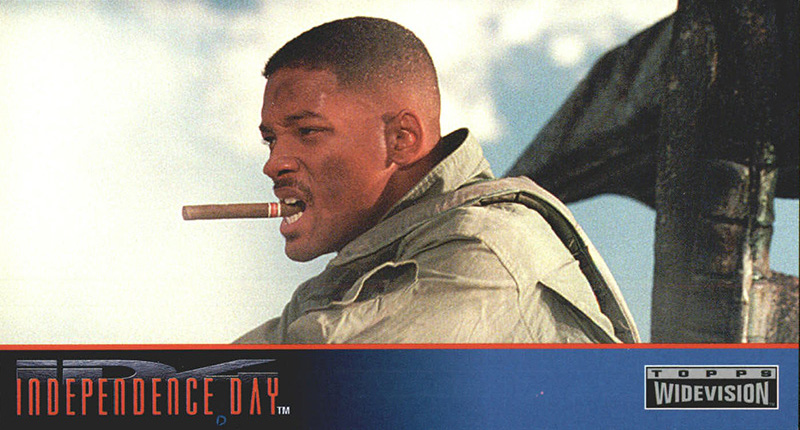 Storyboards and production art are the focal point of the final part of the set. 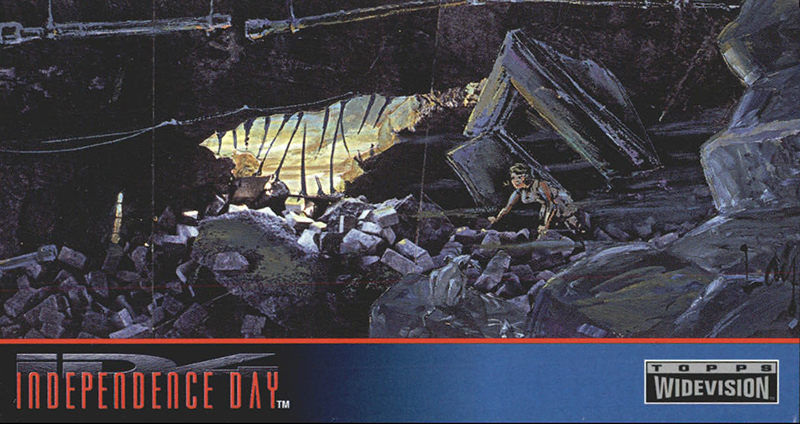 As far as inserts go, they’re about as complex as the movie’s plot. There’s just one set of chase cards on the checklist, Holofoil, which land 1:9 packs. With just six cards in the set, they’re not tough to complete and prices today reflect that.

Had Independence Day come along a few years later, the set may have been very different. While autographs were starting to appear in more sets, it would still be a few more years before they became box hits in most non-sport products. One can only imagine the possibilities for that looking down the cast list. 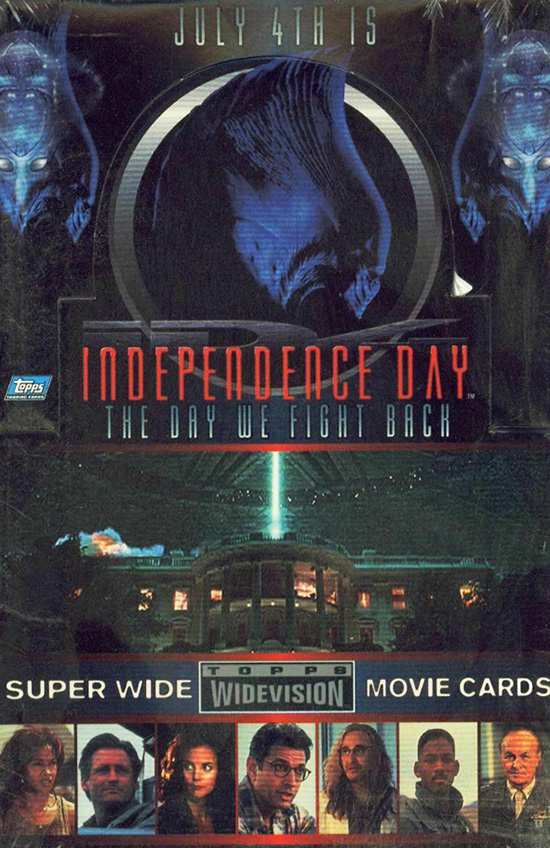 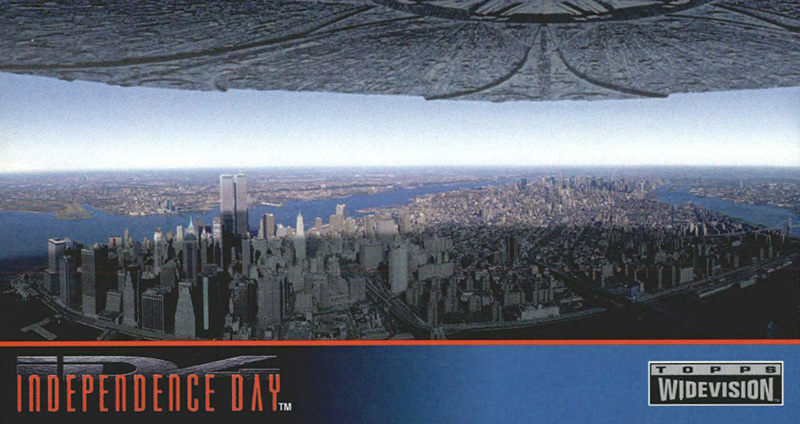 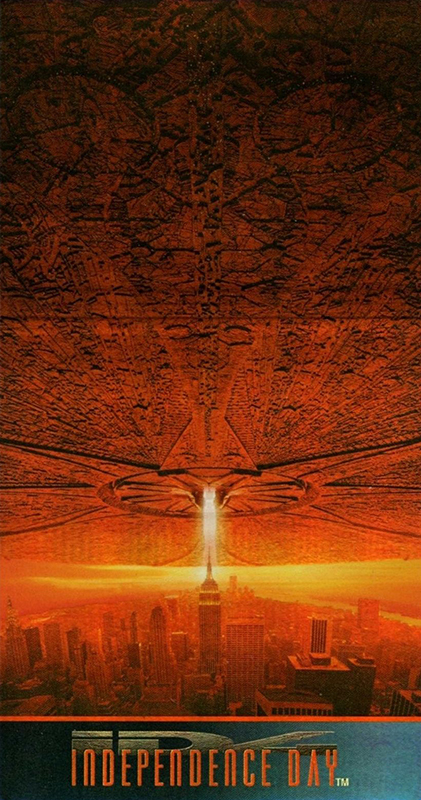 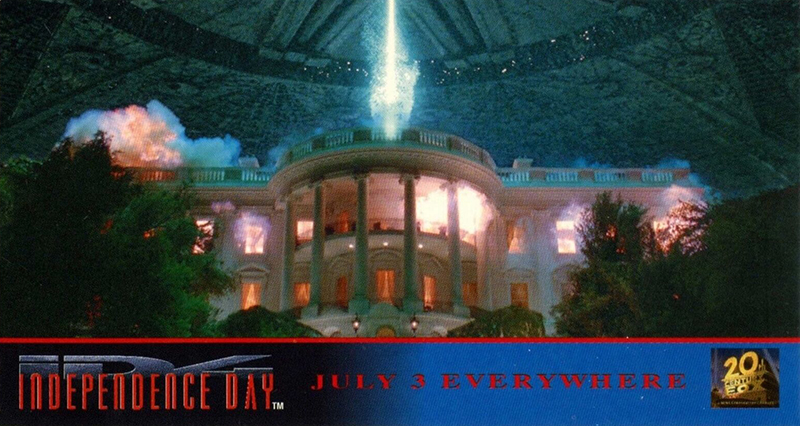