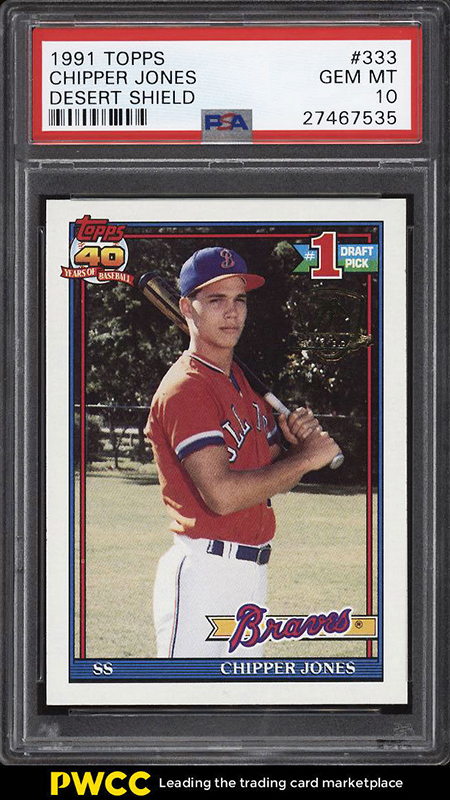 The sale came on eBay through PWCC.

It’s the most ever paid for the card in a public sale and comes two weeks before Jones is inducted into the Baseball Hall of Fame.

While the card commands significant attention in any condition, the record price was due in large part to the fact of its gem mint grade. Already a somewhat rare card compared to other major releases from the era, 1991 Topps Desert Shield cards are extremely hard to find in top condition. 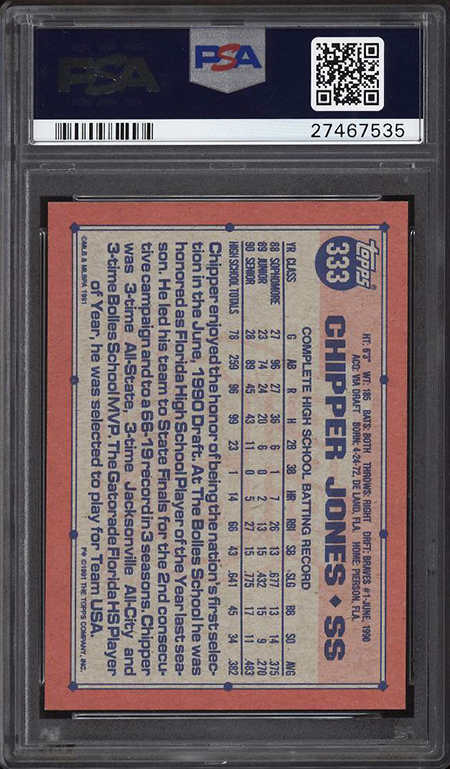 That’s because they were earmarked for distribution to troops serving in the Middle East at the time where cards were a pick-me-up and supplies were hard to come by. While not all of the cards made their way to the Middle East, the limited distribution among the military left them prone to handling issues like dinged corners and chipped edges.

By comparison, cards graded BGS and PSA 9 Mint have been selling for closer to $1,000 over the past couple of months.

Does Bryce Harper Have a Couple of ...