Historically, big sports card finds have revolved around stashes of cards from the early days of the hobby. T206 Honus Wagners, Babe Ruth cards from his playing days — stuff like that.

But what about a large group of boxes from the mid-1980s. It sounds like a Friday afternoon on Craiglist. But Baseball Card Exchange didn’t discover a notable horde of 1988 Donruss Baseball or 1991 Topps Football. They might have a certain cool factor about them, but those sorts of finds can be found in virtually every major city.

How about seven boxes of 1986-87 Fleer Basketball — complete with the original grocery store price tags? 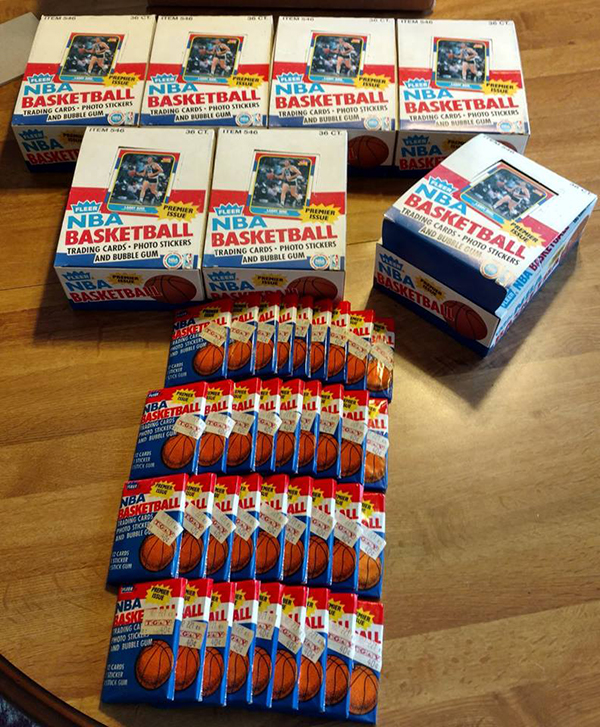 The discovery started with a wax case of 1984 Topps Football offered to Baseball Card Exchange‘s head buyer, Reed Kasaoka, by someone from Missouri. That in and of itself is one of the best that the 1980s have to offer.

But while talking to the collector, who was enquiring on behalf of a friend, Kasaoka found out there was more than just the potential for packs and boxes with John Elway and Dan Marino Rookie Cards.

Michael Jordan and the most popular set of basketball cards was in play — 1986-87 Fleer.

“As the conversation progressed, I started to learn about the other items his friend had, but then talk turned to what kind of product the caller had,” said Kasaoka. “It became clear I needed get down there immediately.”

He was heading to Jefferson City.

The purchase of the 1984 Topps Football case went as planned. Then, according to Baseball Card Exchange, Kasaoka made his way to the original caller’s house and discovered seven 1986-87 Fleer Basketball boxes waiting for him on the dining room table.

Every pack in the boxes still had the $0.40 price tag from the TG&Y store they were purchased from by the caller back around the time the set first came out. That meant that the boxes had been opened at some point to put the price tags on. But there were some definite signs that the boxes hadn’t been tampered with since. 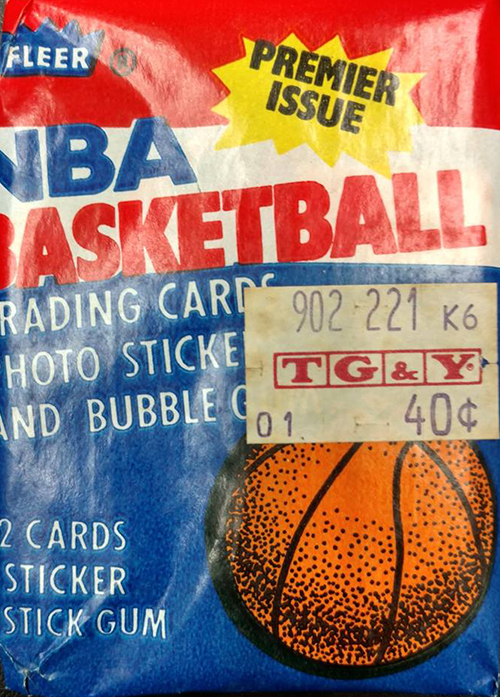 The seller had bought more than the seven originally, but opened initially while leaving these in tact.

Kasaoka spent a good deal of time verifying and authenticating the boxes. They represent some of the only unopened product from the set that can be traced back to the original owner. But while doing some more inspecting back at the Baseball Card Exchange offices, he made another discovery. Besides the expected sticker collation, one of the boxes had two Michael Jordan Rookie Cards showing through the wrappers.

“Occasionally we’ll find a Jordan Rookie showing through the top of a pack, and consider it to be good fortune and a sign that a box is likely clean and unsearched.” said Steve Hart, Baseball Card Exchange owner, via press release. “The odds of a pack with a Jordan showing on top is 1 in 132 — and this box has two of them!” 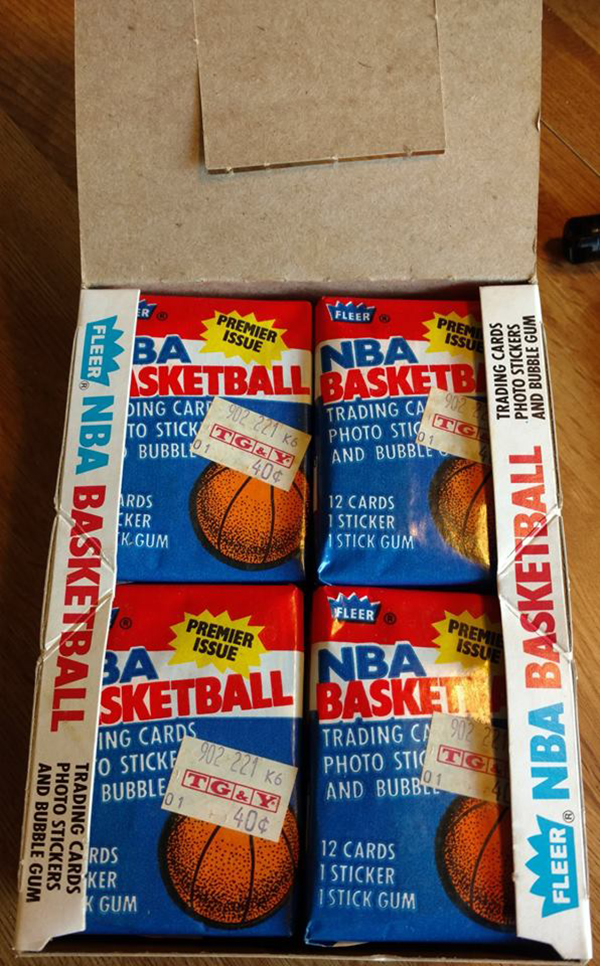 Given the small size of the set, 1986-87 Fleer Basketball boxes usually have three of four Michael Jordan Rookie Cards. Charles Barkley, Patrick Ewing, Hakeem Olajuwon and Karl Malone are among the other key rookies.

The box with the two Michael Jordan cards showing will be sold at the 2018 National Sports Collectors Convention in Cleveland. Rather than being sold full, it will be in a box break format. BBCE has yet to determine how the fate of the other six boxes.

2018 Leaf Draft Football Checklist Has Some ...