1983 Drake’s Baseball cards mark the third year in a row that Topps teamed up with the snack cake company. They may not have the same legacy or lasting appeal as the Hostess or Kellogg’s sets, but they do offer a look at some of the sport’s biggest names at the time.

Once again going with a “Big Hitters” theme, 1983 Drake’s Baseball has a modest 33-card checklist. Over a quarter of these players have gone on to Cooperstown with a few more having mad a solid case for induction. The most valuable card in the set is a second-year Cal Ripken Jr. But that doesn’t mean that it’s expensive. 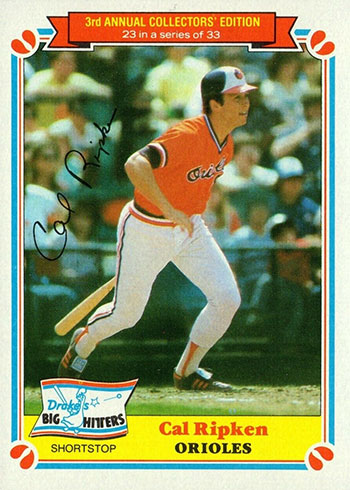 Full sets can be found for less than $10. Finding them, period, is pretty easy as box sets were issued with all 33 cards. So not only are they plentiful but condition isn’t an issue, either.

Fronts leave behind the yellow borders and photo album-inspired design of the 1982 set. However, it doesn’t stray far with its layout. The overall frame is there and it’s more a matter of moving elements around. Like 1982 Donruss to 1983, it’s a refresh, not an overhaul.

On the flip side, backs match up with those used in 1983 Topps pretty much exactly save for the addition of a Drake’s logo in the corner and the name in the copyright line. The only place ‘Topps’ is found on the cards is in the fine print at the bottom. 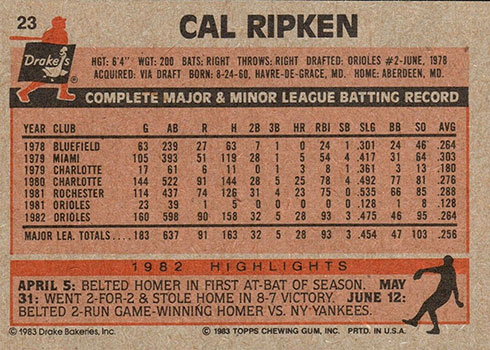 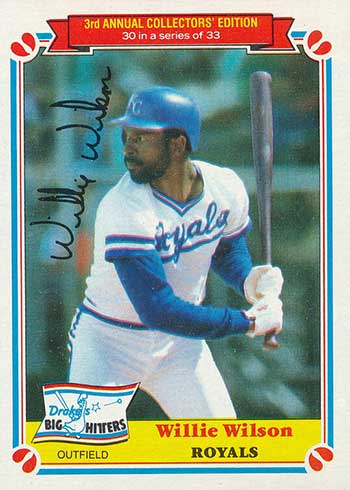